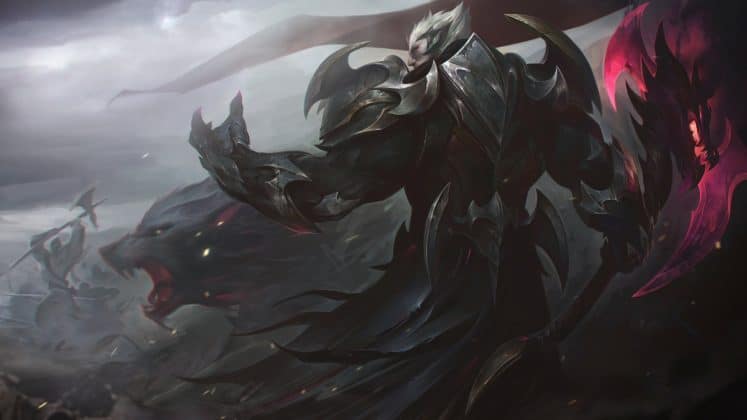 The saying “top lane is an island” has never been truer than it has in season 12. With the change to the Teleport mechanic at the start of the season, and with the new Unleashed Teleport, the impact you can have on the rest of the map from the top lane has been reduced greatly. Of course, there were some changes that made the top side of the map more attractive to solo queue junglers like the local Herald gold buff, but still, players still feel like they are not impacting their games.

But is that sentiment actually true? Can you not help your team more, or maybe do you not play the right champions that can do that? In this list, you can find the best top laners to climb with, whether by helping your carries or by dominating in the lane so that the enemy remains in a 4v5.

If you’re preferred play style is to dominate your lane from level one, there is no better champion in League to do it than Darius. During season 12, Darius hasn’t seen many changes despite being one of the most dominant laners in the game, while also having a very good scaling into the late game. In a lane as volatile as the top lane where your game can end after giving up one kill, why not play the best champion at getting that initial kill?

Darius has a famously strong early game with his Hemorrhage passive, his auto attack reset on his Crippling Strike and his healing on his Decimate (Q). Not many champions have the potential to gain 30 bonus AD at level one and a bleed that benefits from it. If you know, or learn, how to auto space Darius is a pretty easy and straightforward champion. Not the mention on top of his great level one, he power spikes at level six, on his first item and when he hits 16.

Darius also is not affected by the Teleport nerfs of season 12, as he would much prefer to run Ghost as his secondary summoner spell. Combining this summoner with the multiple strong movement speed items currently in the meta, kiting this juggernaut is not as easy as it was once.

Another aggressive pick option for you is Aatrox, who is so strong at his current state even his one trick players are asking for nerfs. The Darkin Lord of the top lane has been terrorizing the Rift, 15% pick rate and a staggering 32% ban rate above Platinum, even since the Grevious Wounds nerfs that accompanied the Durability Update.

Even with the nerfs to his Umbral Dash (E), his World Ender (R) and Goredrinker healing, it was not enough to compensate for it. With a new meta build consisting of Eclipse, Serylda’s Grudge and Black Cleaver you can duel anyone in a 1v1, and one-shot most squishies. But his Goredrinker build is still viable if the enemy team composition has more than two melee champions, giving players diversity in their build paths.

His early gameplay pattern of pushing the wave and poking with his The Darkin Blade (Q) can be hard to deal with most top lane champions and he has good outplay potential in a 1v2. The only problem, if you are new to the champion, is that his Q is different than most abilities in the game and it can take some time for you to master how to pilot Aatrox the best.

After a long time stuck in the support role, the original tank of the top lane is back to claim his crown. Riot finally listened to the community and made some much-needed changes to Maokai’s kit, so that he could be more viable as a solo lane tank, rather than a very annoying poke support. Maokai also saw some adjustments in patch 12.18, but they were mainly focused on his jungle clear and did not have an effect on his top lane match-ups.

The change that most mattered was the shifting of the Max% damage from his Sapling Toss (E) to his Bramble Smash (Q), which gave him much better trading opportunities in lane. His ultimate, Nature’s Grasp, also got some movement speed buffs which helps Maokai in engaging the enemy. Before this, it was very hard to catch someone using your ult unless you were using it just for disengages.

His best current build is once again back to tank items. While nearly all tank items can fit Maokai, Sunfire Cape’s damage is hard to replace in extended fights, which Maokai is good at finding. Winter’s Approach is also an item that was made for him, as he is infamous for his mana problems. After this, you can continue going into other tank items, or you can make a stop for a Demonic Embrace to bolster your AP ratios on your abilities. 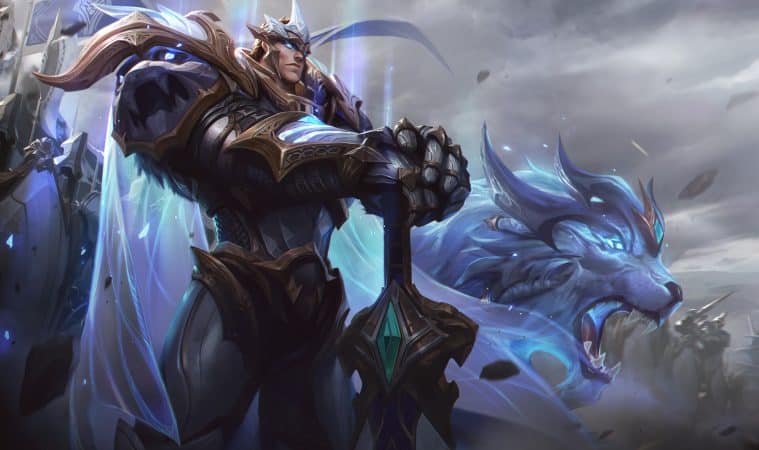 Garen has a negative connotation for some players as he is regarded as some kind of a “noob champion.” But in the end, he is just a simple to learn and play character with a simple but very powerful kit, and he is one of the best top laners at the current meta. Garen also hasn’t seen any changes in Season 12, except 12.10, but he will get some critical strike buffs in patch 12.19, so this is the perfect time to pick him up.

As I said, Garen has a very simple kit. You trade in lane by running at the enemy with your Decisive Strike (Q) and just spin on them with your Judgement (E). Garen’s E stacks Conquerer very fast, so it is hard to win any trades against him, more so considering how defensively good his Courage (W) is. Plus, any trade you take is beneficial to you as Garen’s Perseverance passive gives him incredible health regeneration. Without mana constraints, any trade you take will be a good one in just 30 seconds.

Garen’s current build is Stridebreaker, which lets him stick onto his enemies, with Mortal Reminder second, which gives great stats like attack and movement speed. After these two, you should go tank items and the best options are Dead Man’s Plate and Force of Nature as they give movement speed which is what Garen wants.

There is no better champion in League when it comes to impacting the map. If you cannot Teleport to bot lane before minute 14, why not just ulti down there with Shen’s Stand United? An offensive ultimate from Shen on a ganking jungler or on an engage support is a lot more effective than Teleporting to a ward and hoping the enemy doesn’t match. Plus, you can always TP back to your lane.

And during mid game, you can stay as a split push threat while also covering your allies on the other hand with the possibility of the biggest shield in the game. Not to mention Shen’s dodge zone in his Feint (W) is one of the most advantageous abilities in a meta where teamfights are dominated by auto-attacking ADCs.

As an added benefit, there are many ways to play Shen, so you will never have to be bored doing the same thing. You can take Ignite and abuse one of the best level one/two in the top lane or you can take TP and play safe. You can go a supportive build involving items like Redemption or you can go all-out aggressive by opting into Demonic Embrace.