A new year brings a new season of League of Legends, and Riot Games has provided fans with a whole host of changes and new features coming to the game in 2022.

With the new ranked season getting underway, it’s time for Riot to look ahead to what else is coming in 2022. In 2022 we’ll see a number of skin lines getting a refresh, champions getting new visual updates alongside at least one full rework. Below we’ll look at some of the highlights from the live stream. You can watch the full event here.

The new season also brings a new visual flair to the current ranks in LoL. As shown above, the new visuals are an upgrade to what we’ve seen before. We’ll also see a host of new champions coming, with rumors already speculating that we’ll see 6 or 7 total added this year. The first of those, Zeri, has already been revealed (below).

We also got an update on the new Challenges feature coming to LoL. While we only really got another look at the system, we’ve already had hands-on experience with the feature on the PBE.

Another slight change comes in the form of a reworking of the old Gemstones system. Currently, loot chests have a small chance to contain a Gemstone, with which players can purchase unique skins and wards. Going forward, these will become Mythic Essence, with players now able to earn those in a variety of ways going forward. A new skin line called “Mythic Skins” will be added, the first of which is the Ashen Knight (shown above). This will launch alongside a new Mythic shop, which will feature past Prestige Edition skins released in previous years. The shop will rotate once a month, with new skins added once they have been out for a year. Lastly, the 2018/2019 Prestige Skins will also return, though original owners will be awarded an exclusive alternative version to show their dedication to unlocking these harder-to-obtain Prestige rewards (shown below). 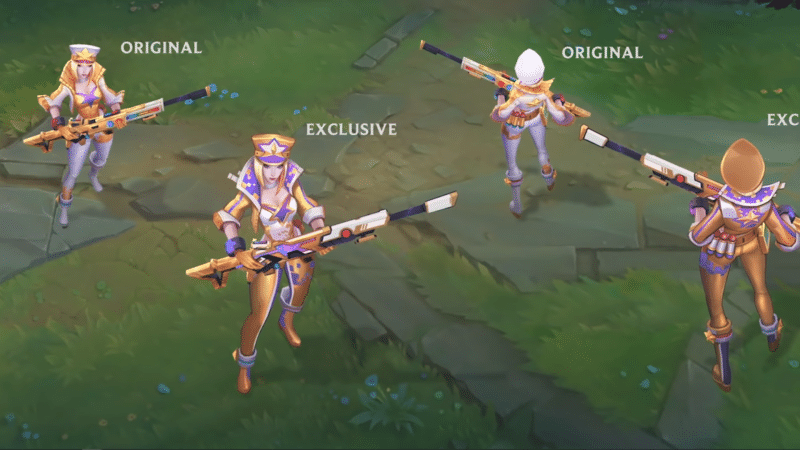 Changes to skins and loot chests

There’s a number of other, smaller changes and new things coming to skins and loot chests from the live event that we’ll highlight below: A new set of missions will be added starting January 7-13, with rewards including:

A new season of Clash comes to 2022, with the first event scheduled for the weekend of the 15-16 of January.

More changes will come in 202, but that round up the key moments from the live stream.