League of Legends' newest update, patch 9.2, released early this morning. This patch brings a large number of changes that will influence the meta greatly. There's a long list of champions, items and other things that have dominated the meta for long periods of time that are being adjusted accordingly. Likewise, Riot decided to give some love to weaker picks that needed a boost. Patch 9.2 brings the new ranked season and a host of changes to the ranked system too. There's a ton of changes to go over, so these will be the most impactful for all kinds of players.

The Season Nine ranked season officially begins with this patch, and players are surely hyped up for it already. The alterations to the ranked system are varied and add a ton to the way players rank up.

First of all, placements are new and improved. Now players can see their provisional rank, which is a starting rank given after their first game. After that they are able to track their progress as they win games. Important to note is that placement wins give bonus LP and nerfs don't take away anything.

The tier system is revamped too. Two new tiers were added to the ladder. Iron is now the lowest, while Grandmaster is in between Master and Challenger. In addition there are only four divisions now.

Ranked armor is live as well. These flashy designed helmets will update to display players' current rank. It appears on players' profiles, Ranked dashboards, hovercards and game lobbies. It's a great addition to show off players' ranks without having to wait until the end of the season.

Similar to LCS or other professional tournaments, the season is separated into three splits. Don't worry, there's no down time between splits like between seasons. They'll start and end abruptly, but will help encourage players with shorter term goals.

Finally, position ranks are being implemented in some regions. North America and Korea will have individual ranks for each of the roles they play, not one general rank. This is a hotly debated implementation but it hopes to better match players with players of their actual skill level in each respective position. Off role players typically perform worse, so this system seeks to help solve this problem. It may lead to problems and may not be a permanent change.

The jungle is quite different now. Riot is hoping to lessen the “power and influence” of junglers by adjusting the scaling rate of monster experience. Small camps reduce at a reduced rate but scale every second instead of every level. Large camps follow the same rule, but with different numbers. Rift Scuttler received a direct nerf, losing 20% of its gold and experience scaling.

Challenging Smite received a nerf, further hampering junglers. It does considerably less damage on champions at all levels. The ability doesn't grant vision of the target for the duration of the burn. This will hurt the dueling ability of junglers a bit, especially ones that seek early advantages through skirmishes.

Lastly, the Baron lost some of its effectiveness early on. The Hand of Baron buff scaling accelerates over time, instead liner and incrementally. The AD and AP values are lowered significantly early, but eventually reaches the same peak at 40 minutes. The damage reduction from champions to Baron empowered minions is also lowered, making it much easier to kill these minions before 40 minutes.

Junglers are going to be feeling these overall nerfs to the role. Their dueling potential is lower, which is very important in the current aggressive meta. The Baron nerfs will help games not snowball so hard, and give teams on the back foot a chance to come back.

There a bunch of champions that were nerfed this patch that have dominated the meta for extended periods of time. Aatrox, who has been a menace ever since his rework, was hit with big damage nerfs to The Darkin Blade (Q), specifically focused on the early game. Along with this was a two second nerf to his Umbral Dash (E). These should help knock Aatrox down a peg.

Exactly like Aatrox, Urgot has been a menace for months. His nerfs are smaller in comparison, but still much needed. His base armor stat was lowered, his Corrosive Charge (Q) mana cost was increased and his Purge (W) cooldown got a hefty increase early on. These will make him less potent in the early game for sure.

Galio took big hits in patch 9.2. His Winds of War (Q) does less base, scaling and max health damage. His Justice Punch (E) damage was nerfed too. The popular full AP Galio build will be less oppressive in lane especially.

Irelia received large nerfs to many unique aspects of her kit. The bonus damage to shields from her Ionian Fervor passive was removed, as was the Disarm effect on her Vanguard's Edge (R). Her ultimate now slows for more and does some more damage, but the duration is nerfed at second and third ranks. These changes will make Irelia less versatile, but that isn't a bad thing.

Cassiopeia rose to prominence more recently but has been similarly oppressive. Her Noxious Blast (Q) was nerfed in patch 8.24b, but patch 9.2 focuses on her Miasma (W). All aspects of it were nerfed, the cooldown increased, damage per second decreased  and max damage decreased. These all give opponents more opportunities to fight her late game.

Though patch 9.2 focused more on nerfs, some struggling champions acquired buffs. There aren't any huge ones that will break the meta, but the champions effected will certainly feel better to play.

The first buffed champion is Shyvana. First, Riot buffed the bonus damage to dragons a whole ten percent, doubling it. Her Flame Breath (E) mark damage is increased too, doing much more max health damage. It's hard to say how this will affect her role in the meta, but Shyvana players will enjoy these buffs.

Ornn's base health and armor were buffed, which is small  but will allow him to easier survive laning phase. Jarvan IV similarly had a straightforward buff to his Demacian Standard (E). The bonus attack speed on the ability increased dramatically, by around five percent at all levels. His clear speed and his team's ability to take objectives will be faster now.

Volibear is a champion needing some love, and Riot delivered here. The damage on his Majestic Roar (E) was changed from regular base and scaling damage to max health damage. His Thunder Claws (R) is now more responsive, with the lightning bolts casting and bouncing faster. On top of this, it does slightly more damage too. Its unlikely he will become a powerhouse from this, but he may see some more play.

Yorick received decent nerfs overall. His Shepherd of Souls passive now gives him many more graves later in the game. His Eulogy of the Isles (R) is the biggest change though, specifically the Maiden. The Maiden will now follow Yorick around, like Tibbers or Daisy, instead of mindlessly pushing the lane it was summoned in. Finally, her base health was decreased but now scales much more with Yorick's health, which is an overall buff.

Not finished yet, there were a number of runes, items and Summoner Spells adjusted. But before getting to that, its important to mention Sylas was released in patch 9.2. This new champion hosts an impressive story, a great kit and amazing ultimate. More information on Sylas can be found here at ESTNN.

Back into the balance changes, Ignite was nerfed, but not too hard. It does less damage throughout the game, especially late, but has a 30 second lower cooldown. The nerf hopes Ignite to be less oppressive in all ins.

Sunfire Cape's cost was lowered by 250 gold, a significant number. There are very few tanks that regularly buy the item, and this buff hopes to combat this to give tanks some more power. On the other side of the spectrum, Oblivion Orb was being bought too often. As a result, the cost was increased by 100 gold and the AP lowered by five. This will ensure that it's a heftier investment instead of a cheap buy for early power and magic penetration.

There are more changes, including to champions and runes, not covered here. Those not mentioned are of lesser relative importance, but should be acknowledged. Make sure to glance over the patch 9.2 notes to keep up on everything happening this patch.

Featured image via StillGlass on Deviantart. 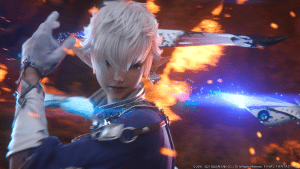