With only a couple of days before the new patch drops, let’s break down the massive changes coming to the Rift in League of Legends Patch 12.10.

There aren’t too many things League fans, pros, and analysts agree on about the game, except the damage creep. Even Riot agrees that the amount of damage in the game is higher than it should be.

Bryan “Axes” Salvatore, the lead gameplay designer, mentioned a while ago that the gameplay playtested the game with %20 reduced damage and healing/shielding. The results weren’t what they were looking for, and Salvatore said this led them to “…believe there is probably a better game out there….”

Most people on Reddit and Twitter took this as a promise to look at the damage numbers. On May 6, Riot announced some significant changes to achieve this better game state everyone desires.

The season 12 preseason was disappointing for many fans, as there weren’t many big changes. Especially after the removal of Chemtech Drake. But now, with the 12.10 patch, it seems like Riot is trying to make up for it. The big mid-season update, now called the “durability update,” promises the biggest changes the game will see this season.

After repeated requests from players, Riot finally delivered. In their Quick Gameplay Thoughts from May 6, Summoner’s Rift Team talked about the changes they are making and why would they choose these specific buffs for all champions:

The absence of damage nerfs got some raised eyebrows from people who were expecting nerfs when the goal was lower damage. Increasing the durability wasn’t something most people were expecting.

However, according to the Summoner’s Rift Team, durability is the perfect medium to control the damage in the game while still allowing skill expression. Riot seems to be happier with fast-paced and high kill games, as long as there is still an opportunity for counterplay during the game.

To help with counterplay, almost all champions got buffs to their survivability, which Riot Phlox shared on his Twitter. Every champion will start the game with 70 more health and gain around 250 more during the game. On top of that, everyone will gain around 20 armor and 15 magic resist (scaling via levels 1-18) throughout the game.

Of course, high resistances and low damage make healing and shielding disproportionately stronger, and Riot is aware. While shielding is nerfed by %10 across the board, healing will be nerfed %10 to %28, depending on the champion.

The team will also make a pass on other systems like items, grievous wounds, baron, and turrets to ensure there aren’t any unintended consequences stemming from the changes.

Hey all!
Patch preview for 12.10, the champ durability update.

More context in followup tweets and the patch notes themselves. The TLDR is this is a pretty disruptive patch and we'll be watching closely and ready to react.

What to expect from League of Legends Patch 12.10?

Significant changes everyone wanted, but are they enough? The Rift team seems to think they are and there will be a noticeable difference in the gameplay, such as:

It is crucial to remember Riot doesn’t want to kill high damage champions like assassins. So if you are expecting to play a squishy mage and just expect to not die to a Rengar, you may feel disappointed.

But time and time again, Riot expressed that they are quite happy with the high-paced games, and they just needed to reign in the damage a little.

The second question in everyone's mind is, “what happens to the “X” champion?” The article mentioned the team didn’t want to make any proactive nerfs or buffs before seeing how each champ is affected. But rest assured, they are keeping an eye on champs like Vayne and Fiora, and they are ready to hit the nerf button if they are out of line.

When does League of Legends Patch 12.10 go live?

As patch 12.10 is bigger than usual, Riot expects a 3-hour downtime when patching begins. During this time, ranked matchmaking will be disabled. 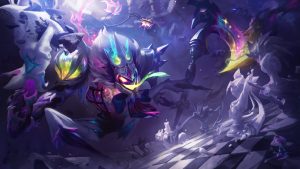 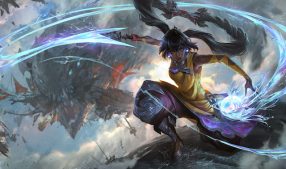