"Get Together, Grab a Drink and Watch Esports"- All About Archmage Esports Archmage Esports is bringing communities together with the power of esports.

All over the world, its common for sports fans to gather in places like bars and restaurants to watch big events. Every weekend local establishments are filled with people watching sports matches. It's such a common occurrence for the traditional sports world, yet not so much for esports. Most viewers simply watch their favorite title's games at home, maybe with friends once in a while.

That was until now. Archmage Esports is entering the scene to completely change the game. This new project is aiming to bring together esports lovers of all kinds in their local communities.

Archmage's slogan captures the initiative perfectly. "Get together, grab a drink and watch esports." If you take the "e" out of esports, that's actually quite a common occurrence. Sports bars are a mainstay in North America. Though they're focused on the "big three" of basketball, football and baseball, they're already capable of bringing audiences and communities together regularly.

So why shouldn't it be the same for esports? That's what Founder and CEO Felix LaHaye asked himself. When he was traveling for business, he stayed in a hotel and took the rare opportunity to watch normal TV. "They were playing a sport that I will not name ... and it was one of the lamest things I've ever seen in my life." He went on to explain the League of Legends Summer Split was going on at this time and questioned why there were playing this particular sport when "no one was watching." He continued saying "at least I would be watching League of Legends."

This is something many people can relate to. For some, traditional sports don't interest them and any esport would be a welcome addition. Much of the mainstream hasn't picked up on esports and the huge entertainment value behind it. Large esports events fill entire stadiums, while their online broadcasts amass tens or hundreds of thousands of viewers. The casual, regularly scheduled matches are all primarily watched online though. This indicates a sort of space open in the esports world. This is what makes Archmage Esports an incredibly exciting opportunity for those wanting to watch esports outside of their own home.

People want to see esports broadcast in their favorite restaurants and communities in general. As a result, Archmage is, according to LaHaye, committed to "adding something cool to what [establishments] are already doing" and introducing a "casual esports community gathering... where you can go to engage with other esports and gaming fans around you." It's always fun to hang out with some friends or meet new people at a bar. There's no doubt it will become more fun and easier to find people with similar interests with Archmage-affiliated places available. 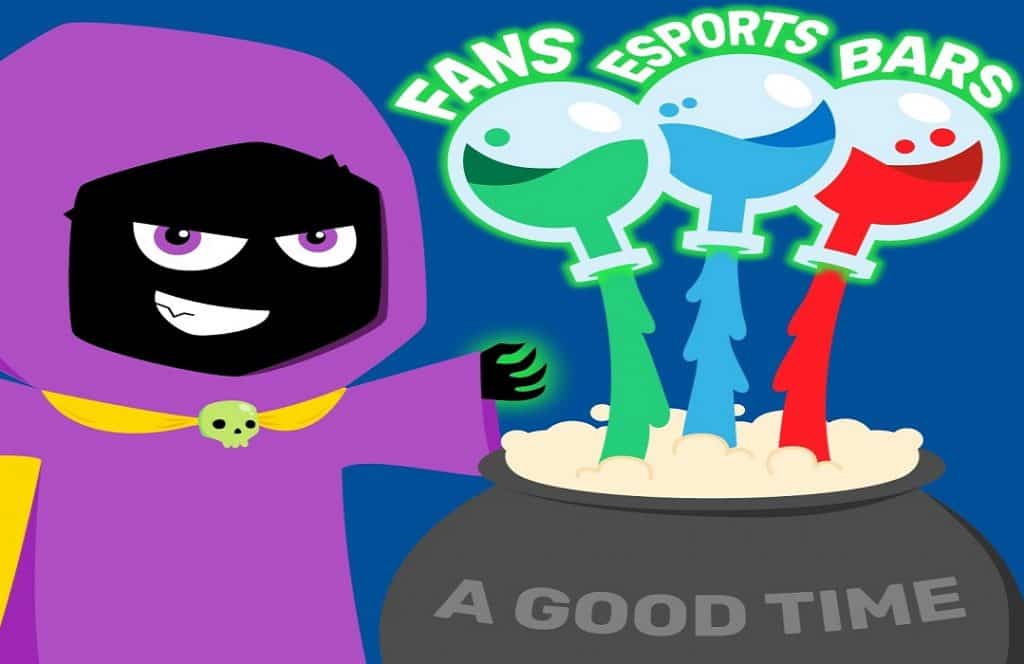 But the bar and restaurant scene isn't the only place Archmage is going. "We've also heavily invested in the collegiate space" Creative Director Justin Woychowski added, "as that's a really interesting place for esports as well." Indeed, they've already had a very good reception with a number of colleges and universities. This application would differ from food and drink establishments though. They would "integrate esports and Archmage events with student-led takeovers... to grow their own university-based audiences." It can be difficult to get an esports program up and running for some schools. But, this opportunity could hold a lot of potential to help students do so.

With all things considered, Archmage Esports has the opportunity to add a lot to the esports world and other business areas too. "Those local establishments that are looking to grow their patronage into the [younger generations] can be plugged in.. and be able to show what this new audience wants to see." Overall, the vision is to bring together people to watch esports together. At its core, it's as simple as that. Watch parties are one thing, but somewhere you can casually go to whenever you want to watch esports is another thing. Without a doubt, it would be a great addition to esports fans' lives.

The Future of Esports

Unfortunately, the COVID pandemic is affecting Archmage's operations for now. So, it might be a little while until we see this project implemented in our own communities. Thankfully, LaHaye explained that many places are eager to embrace esports. "The value is really clear and the communities we've worked with every day are engaged and ready." This is great for those who have been under quarantine to hear especially. Once restrictions are lifted, everyone is going to be itching to do things they haven't been able to. Though it's delayed now, Archmage will be ready for great things when the COVID scare is all over.

After that, the esports scene will be ready to be transformed. Esports may one day be in every town and city in Canada and the United States. It could even spread out to every country in the world. It will bring people together from all different esports titles to experience new esports and find new attractions. Of course, it'll help people make new friends too and bring communities closer together. That's not all though, as people with no esports exposure can find new interests as well. In the end, there is certainly much to be gained here.

"Our tag is 'get together, grab a drink and watch esports' and those three things make up what we're all about, people getting together around a fun environment and watching what we all love," Woychowski stated. If that's not something people can get behind there's truly nothing else that is.