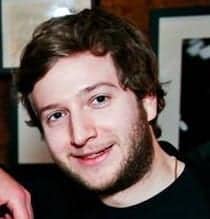 Which Is More Lucrative: Esports or Sports Betting?

Esports and sports betting are two industries which have enjoyed incredible growth in recent years.

Whereas the former was once a niche activity which attracted a mere subset of the global population, today it’s a mainstream industry in its own right. Meanwhile, the latter continues to go from strength to strength in terms of both its popularity and its profitability.

Despite their similarities, however, the two sectors are distinct entities. So which of them is worth more in monetary terms today? And is the situation likely to stay the same going forwards? Read on to learn the answers to these questions and more.

Since the UK took it upon itself to become a global frontrunner in online sports betting with the establishment of the Gambling Act in 2005, the sector has never looked back. Great Britain may have pioneered the practice and continues to be the international pacesetter, but other nations around the world (including the USA) are catching up.

That American embrace of online sports betting means that the industry is predicted to be worth a staggering $8 billion to the US economy by 2025. For context, the market was valued at $833 million in 2019, demonstrating just how quickly it has taken off. Globally, its revenue intake is even more eye-watering, with a market estimation of $218.5 billion in 2021.

An industry on the up

How do esports stack up against those impressive numbers? Well, for an industry that’s still in its infancy, it’s unsurprising that esports can’t quite post such astronomical figures as sports betting. Still, Business Insider reports that it’s expected to increase its viewership by 9% year-on-year until 2023, at which point it should exceed $1.5 billion in total value. That’s a sum that’s not to be sniffed at.

Meanwhile, increased awareness of the industry and advancing technological capabilities involved in its gameplay mean that esports are set to continue their skyward trajectory for the foreseeable future. The same virtual reality (VR) and augmented reality (AR) tech that have transformed the live casino experience are revolutionizing the way people play and watch games online, feeding into even greater growth for the sector going forwards.

A match made in heaven?

While it might be interesting to compare the various merits and balance sheets of the sports betting and esports industries in isolation, the real potential might lie in a combination of the two. Indeed, with more and more ways to watch esports online becoming available every day, it’s perhaps inevitable that it will grow in popularity among the betting community.

It could even be argued that such a changing of the guard is already underway. Many online bookmakers and casino sites already offer a full suite of esports markets to lay wagers on and the sums involved are likely to continue growing as esports become even more mainstream.

The sports betting sector still outshines the esports industry in terms of revenue earned at the present time – but the latter is fast catching the former up. Meanwhile, a combination of the two could represent incredible possibilities for both industries in the future. 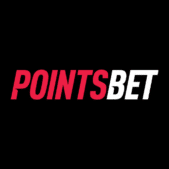 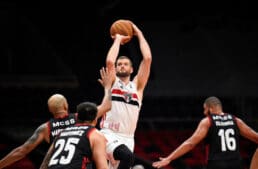