England to Win Wales vs. England

Over 2.5 Goals Wales vs. England

Wales will face its toughest competition yet, and the timing couldn’t be any worse. They fought their way back into their first game of the tournament to get a 1-1 tie with the United States. However, they couldn’t find the same success in their encore against Iran.

Gareth Bale is clearly a shell of the player he used to be, and it may already be too late for Wales’ best generation. They have struggled to create in the final third of the pitch, and going against England in a must-win situation is the last thing they wanted.

The British side looked like a steamroller in its debut, thrashing Ian with a 6-2 masterpiece. Their offense was firing at all cylinders, with Harry Kane leading the way and putting up a masterclass by setting his teammates up, dragging rival defenders, and opening up spaces for their offense.

But that same vertical team was nowhere to be found against the United States. Their midfield struggled mightily against the USMNT’s tough stoppers, and they could’ve even lost the game thanks to a beautiful strike from Christian Pulisic that hit the crossbar. Now, they must win vs. their British rival if they want to advance.

Even though he’s playing the final minutes of his career, a player as talented as Gareth Bale will always be a guy to watch. He’s made a living out of scoring incredible and important goals, and he only needs one chance to make a difference. He may not be the speedster he once was, but he’s still one of the most talented players of the past two decades.

Gareth Southgate’s team will only go as far as Harry Kane can take them. The striker is their most important player not only for his goal-scoring and playmaking skills but also thanks to his sacrifice and determination to contribute on the defensive side of the pitch. He’s their leader on and off the pitch, and one of the best no. 9s in the world. 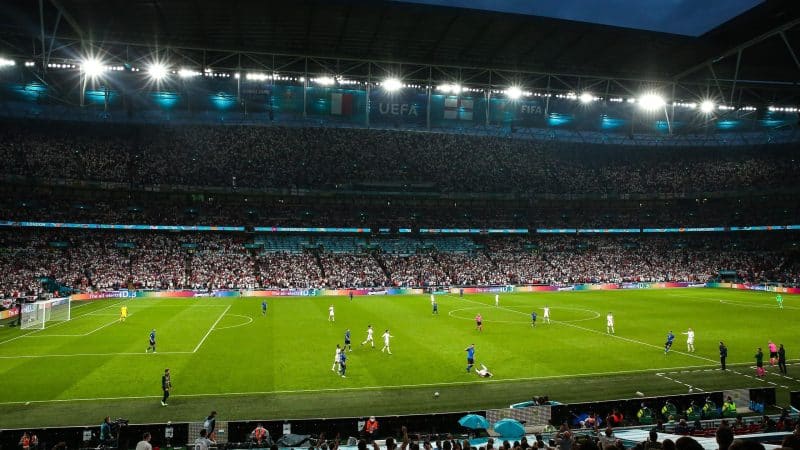 Best bets for Wales vs. England

England looked like the best team in the World Cup on their debut. So, even though they failed to live up to that reputation in the encore, the talent and the upside are still there. Also, Wales looked completely worn out physically and mentally during their loss to Iran, so they may not have enough to keep up.

England has historically dominated Wales, even when the Welsh’s golden generation was younger. They know them pretty well and are the more talented win and in desperate need of making a statement after a subpar performance. They should have no trouble winning by a margin.

bet on the world cup with Pointsbet >

Wales’ midfield is their biggest strength at this point, but there will be no use in keeping possession if they can’t translate that into scoring opportunities. Notably, their defense may not have fresh-enough legs to come back on defense once England recovers possession.

Gareth Southgate’s side gave us all a glimpse of what they’re capable of when they’re at their best, and you better believe they’ll look to secure the three points early in this contest to save their starters for the group stage. There will be plenty of chances to score for both teams in this game.

bet on the world cup with Pointsbet >

Iran and the United States will meet on Tuesday, 29/11/2022, for Group B. The winner of that game should advance to the next round, but a draw plus a Wales win could send the Welsh to the knockout stage. An Iran win plus an England loss would eliminate England from contention. Also, don’t forget to visit our World Cup picks and predictions sections for more free picks for the tournament.