Over 2.5 Goals Saudi Arabia vs. Mexico

Saudi Arabia pulled off one of the biggest, most shocking upsets in World Cup history, beating Argentina 2-1 to end their 36-game unbeaten streak. Unfortunately, they couldn’t keep their foot on the gas and dropped a 2-0 contest in their match to Poland.

The Saudis have shown a promising defense but struggle when in possession of the ball. They’re better at counter-attacking rather than creating on their own, but Mexico should be wary of being overconfident in this matchup anyway.

Gerardo ‘Tata’ Martino’s team has left a lot to be desired in its first two games. They struggled to create against Poland and couldn’t make the most of their chances vs. Argentina and are now against the ropes and don’t control their own destiny.

Martino could be coaching for his job in this matchup, and not even a win might be enough for the Mexicans to move on to the next round. However, they’re rightfully favored ahead of this game, and should find little trouble beating the Middle Easterns.

In an attacking midfield position, Salem Al-Dawsari can play on both flanks or right behind the striker. In the qualifiers, he scored the most goals for Saudi Arabia and was its top playmaker and facilitator. He’s sure proved to be their leader and most talented player over their two games thus far and could be key in this game once again.

There’s no denying that Hirving ‘Chucky’ Lozano has entered the conversation of the best young players on Earth. He’s a disruptive force in the final third of the pitch and Mexico’s perennial goal-scoring threat. The SSC Napoli star is looking forward to scoring Mexico’s first goal of the tournament and will be the focal point of their offense vs. Saudi Arabia. 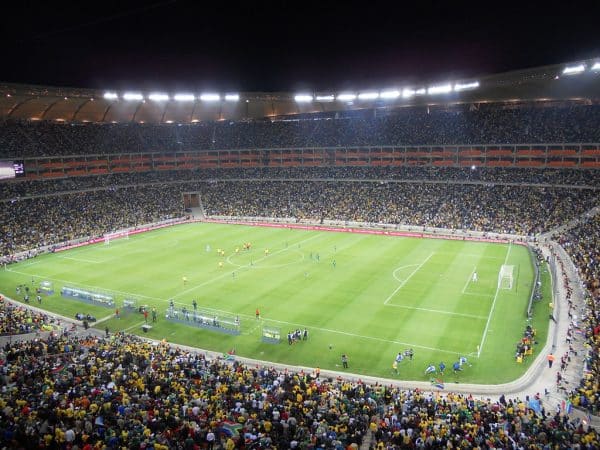 There could be no tomorrow for Gerardo Martino if Mexico doesn’t advance to the knockout stage. El Tri could still be eliminated with a win, but they cannot afford to leave anything to chance, so they’ll need to be at their best and win by a big margin to keep the World Cup dream alive.

Saudi Arabia proved that beating Argentina was their biggest goal in the tournament. They couldn’t keep up that same energy and effort vs. Poland and looked like a flawed team when asked to create their own chances. They won’t be able to keep up with Mexico’s talent and speedsters.

On the same note, we already mentioned that Mexico needs to win by a big margin to have a shot at making it to the next round, so they should be overly aggressive and bring in the heat from the first blow and keep the foot on the gas for the full 90 minutes.

Mexico should be up on the score early in the game, forcing Saudi Arabia to try and level things up and therefore leaving plenty of space on their defense. So, this game will feature plenty of chances between both teams and could feature 3 or 4 goals.

Poland and Argentina will meet on Wednesday, 3011/2022, for Group C. Both teams could move on to the next round with a win, or even a draw, depending on this game’s outcome. Also, don’t forget to visit our World Cup picks and predictions sections for more free picks for the tournament.