Argentina to Win Poland vs. Argentina

Over 2.5 Goals Poland vs. Argentina

Robert Lewandowski was finally able to break the curse and scored his first-ever World Cup goal. Now, he’ll look to keep that momentum going to try and pull off the biggest upset in recent national team history by taking down Lionel Messi and Argentina.

The Polish side looked much better in its second game of the group stage, dominating Saudi Arabia en route to a convincing 2-0 win. Now, they control their own destiny and need to prove that they won’t back down despite facing a superior rival.

Argentina looked like a legit contender in the first 45 minutes of their clash vs. Saudi Arabia, just to collapse and crumble under pressure in the second half. Then, they managed to get the job done vs. Mexico in their second matchup.

But even despite the 2-0 win, Lionel Scaloni’s team looks far from the offensive juggernaut it was during the South American qualifiers. Rodrigo De Paul has been a massive liability on both ends of the pitch for the Albiceleste.

There’s no denying that Robert Lewandowski is one of the greatest pure strikers of the past two decades. So, even though he hasn’t been at his best with the national team in the World Cup, he’s a perennial threat to score. Argentina’s defense hasn’t been solid over the past two games, and he doesn’t need that many chances to score.

Lionel Messi is one of the greatest players of all time, but he hasn’t been at his best with Rodrigo de Paul by his side. He looked much better with Enzo Fernandez, as he was relieved of defensive duties and could serve as the elite playmaker and goalscorer he is. He knows his country needs him, so he might as well have one of the best performances of his career. 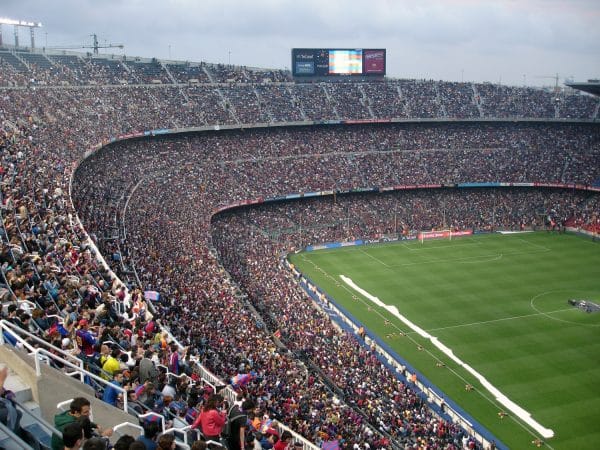 Best bets for Poland vs. Argentina

This could be Lionel Messi’s final game in the World Cup, and the bare thought of that will motivate the national team to prevent that at all costs. The Albiceleste have the potential to be a contender, as they boast one of the most talented offensive trios in the tournament.

Poland could barely create any momentum vs. Mexico and only looked well vs. a lesser Saudi Arabia team. Despite their physical edge, they struggle to get the ball to Lewandowski, and Scaloni’s side has a big edge in the center of the pitch.

bet on the world cup with wynnbet >

This is a win-or-go-home kind of game for both teams. So, they cannot afford to fall behind in the scoreboard, at least not early. Poland will likely defend with as many men as possible, but the game should be wide-open once we get the first goal.

So, whoever concedes that goal will have to shift to an overly-aggressive approach, leaving plenty of space for the other team in the counter-attack. Given how both teams are shaped and have played, we predict a 2-1 win for the South Americans.

bet on the world cup with wynnbet >

Saudi Arabia and Mexico will meet on Wednesday, 3011/2022, for Group C. Both teams could move on to the next round with a win, or even a draw, depending on this game’s outcome. Also, don’t forget to visit our World Cup picks and predictions sections for more free picks for the tournament.