Over 2.5 Goals Netherlands vs. Qatar

Louis van Gaal’s team entered the Qatar 2022 FIFA World Cup as one of the teams to beat. Nonetheless, they’ve looked quite beatable in the first two matchups, struggling to bring in heat to the opposition’s box and with an evident lack of offensive creativity.

But so far, so good for the Oranje. They’re currently sitting at the top of the group table with four points after getting a last-minute win over Senegal and then hanging on to tie with Ecuador. So, they still have more than plenty of chances to peak when it matters the most.

So, a date with Qatar might as well be just what the doctor ordered for the Netherlands. The Hosts have looked like the worst team in the competition and were the first country eliminated from the group stage, so facing them might be what they need to start clicking and get their groove back.

Qatar dropped a 0-2 contest to Ecuador in the debut, but the outcome could’ve been way more lopsided than the scoreboard showed. Then, they struggled mightily to keep up with Senegal, although they managed to score their first-ever World Cup goal in a 3-1 loss.

Cody Gakpo has proven that he’s ready to embrace a leadership role for the Oranje. Memphis Depay is still far from 100%, so the PSV wunderkind has taken the reins as their primary playmaker. Thus far, Gakpo has scored twice for Louis van Gaal’s team, wreaking havoc on both flanks of the pitch and playing as their false nine if needed as well.

Qatar might as well rotate most of their starters to give the subs a chance to showcase their skills in the final game of the tournament. But even if most of the starters sit out, Akram Afif should still be on the pitch to get some love from the fans as the best player on the squad. He hasn’t made much of an impact through two games, but he’s still their most talented player. 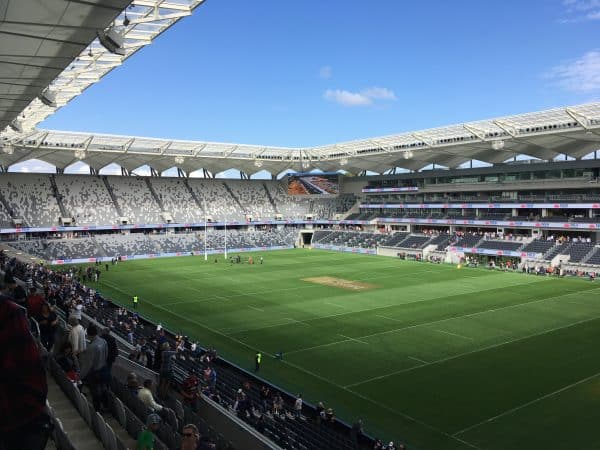 Best bets for Netherlands vs. Qatar

Even though they’re not at full strength and they haven’t been very impressive early in the campaign, we’re still talking about one of the biggest candidates to win the trophy. The Dutch have never won a World Cup, so this will mean way more for them this time around with this young and promising generation.

Qatar has looked borderline amateur in their first two games of the World Cup. It’s quite clear that they’re still a ways away from being ready to compete at this level, and they should be completely overmatched by the Netherlands’ talent.

Qatar has been nothing short of a disaster when it comes to defense. Enner Valencia single-handedly dominated them in the first game, and they couldn’t guard the flanks vs. Senegal to save their lives, so there’s absolutely no way they contain a Dutch team that’s trying to win.

The Qatari side will most likely feature plenty of subs, including an alternate goalkeeper. So, if their starting XI wasn’t good enough, what makes people think that the subs could do any better without all that reps together? This could be a major blowout.

Ecuador and Senegal will meet on Tuesday, 29/11/2022, for Group A. Qatar is already eliminated, but both Ecuador and Senegal can still qualify. The winner of that game could join the Netherlands in the next round, but a tie would force the Dutch to win vs. Qatar. Also, don’t forget to visit our World Cup picks and predictions sections for more free picks for the tournament.