This article is dedicated to one of the lesser-known FIFA World Cup awards – the Fair Play trophy.

Before you see whom the top favorite to win the Fair Play trophy is, make sure to see this brief information about the trophy itself:

Yes, Gareth Southgate’s boys didn’t make it to the semi-finals in the World Cup after a somewhat disappointing game versus France on the 10th of December but England can be proud of their performance this year. They showed world-class soccer, great young talents, and an outstanding disciplinary record.

Watching England at the World Cup was truly enjoyable as the players’ conduct on the pitch was exemplary throughout the tournament. Gareth Southgate’s team received only one booking in the five World Cup games. It was in the last game versus France in which Harry Maguire received was booked for a mild challenge.

It’s a completely well-deserved FIFA World Cup Fair Play trophy victory for England as this is what soccer and sport, in general, should be all about – respect and fair play. 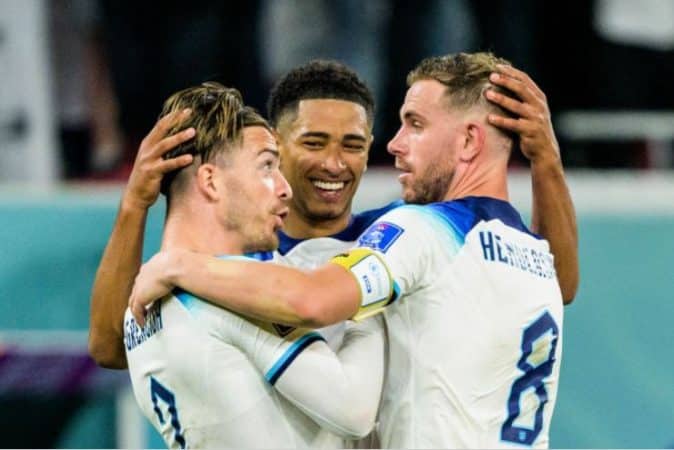 Yes, England won the Fair Play trophy this year and Gareth Southgate’s boys are planning an open-bus tour around London to celebrate this joyful occasion, but other countries deserve an honorable mention for their conduct during this World Cup.

Spain, for example. La Furia Roja’s tiki-taka is always enjoyable to watch and it’s no wonder why Luis Enrique’s boys didn’t go too hard on the opposition’s players. La Furia Roja received only two bookings in this World Cup and only narrowly avoided winning a back-to-back FIFA World Cup Fair Play Trophy after the 2018 success in Russia. The tiki-taka’s philosophy is oriented toward keeping possession of the ball and it’s hard for the team in possession to make fouls in general. Furthermore, Spain also received the trophy back in 2010 and in 2006 when the Spanish players shared the honor with Brazil.

Germany and Ecuador are the only other two countries who came close to England and Spain this season in terms of bookings and fair play as both teams received only three yellow cards. But even if they had zero, they wouldn’t have won the award as neither of them made it to the knockout stage of the tournament and that’s a key rule for receiving the trophy.