The San Antonio Spurs will visit Smoothie King Center in New Orleans for a play-in game vs. the New Orleans Pelicans. Their season is on the line and they’ll need to beat them two out of three times to advance to the NBA playoffs.

Given the importance of this event, it’s natural to wonder where to watch online Spurs vs Pelicans for the play-in game or what channel will the game be on. If that’s your case, then look no further, as we’ve got you covered.

How To Watch Or Live Stream Spurs Vs Pelicans?

ESPN will broadcast Game 1 of the play-in tournament between the San Antonio Spurs and New Orleans Pelicans.  The game will take place on Wednesday, April 13, at 9:30 p.m ET, at Smoothie King Center in New Orleans, Louisiana.

NBA League Pass has become a must-have for basketball fans all over the world. It allows you to choose between multiple broadcasts and languages and you can watch every single game on the go. Subscription plans start at $28.99 per month, with a premium subscription at $249.99 annually, or a Team Pass to follow just one team at $119.99 annually.

If you’re a fan of binge-watching movies and TV shows but you’re also a diehard sports fan, then Hulu + Live TV is a must for you. For $64.99/month, you can stream live basketball on ABC, ESPN, and TNT, including this game. Moreover,  you can stream hundreds of original shows and exclusive content.

Sports fans continue to trust Fubo TV as they keep on adding even more options. With over 100 channels (including ESPN, NBA TV, FS1, NFL Network, Golf Channel, Pac 12 Network, and CBS Sports, among many others), fans can watch sports year-round starting at $64.99 per month.

An up-and-coming name among streaming services, Vidgo offers over 60 channels for $40 per month, including ABC and ESPN, FS1, and NFL Network, among others. Moreover, subscribers can watch up to three screens at the same time. While this isn’t the most popular streaming option out there, they continue to add more channels to their service. 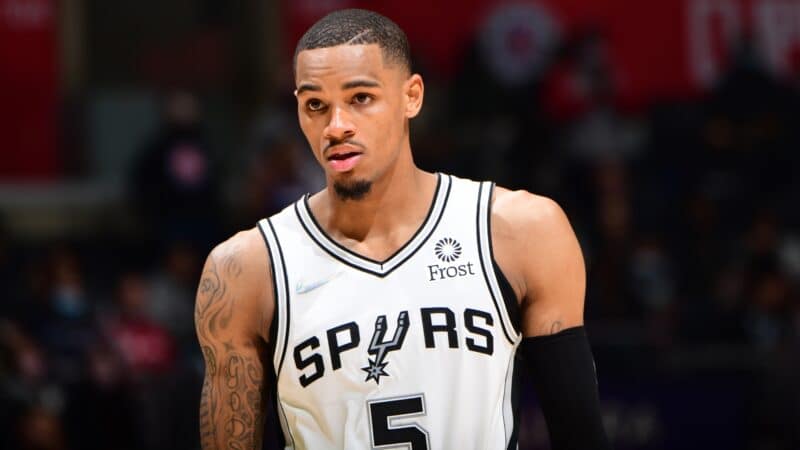 Spurs And Pelicans Put Their Season On The Line

Both the Spurs and Pelicans looked like mid-lottery teams for most of the season. But after a strong stretch following the All-Star Break, they proved that they want to give their young players real playoff experience right away, rather than just tanking and thinking about the upcoming NBA Draft and next season.

The winner of this round won’t have an easy task, though, as they will have to square off against the loser of the play-in game between the Minnesota Timberwolves and Los Angeles Clippers. And even if they win, they’ll still have the league-leading Phoenix Suns ready and eager to prove that last year’s trip to the NBA Finals wasn’t a fluke. But hey, it wouldn’t be the first time that an eight-seed upsets the best team in the Association.

FAQ about Spurs vs Pelicans for the NBA Play-in Tournament

The Pelicans are 5-point favorites for this game.

The Spurs would have to play the winner of the Timberwolves vs. Clippers game.

Brandon Ingram of the Pelicans averages 22.7 points per game.

They will continue to play five-minute overtimes until one team wins.

Where to bet on Spurs vs Pelicans?