After a convincing performance and a win in Game 5, the Suns will try to close out the series against the Pelicans in New Orleans in Game 6. If you would like to watch this game, keep reading to find out how to watch the game online and what are the best Suns vs Pelicans live streaming options.

Not many people expected the Suns vs Pelicans series to be one of the most exciting ones in the 2022 NBA playoffs. However, the Pelicans proved they are a good team and they have a chance to force Game 7 if they can win Game 6 at home on Thursday. TNT will broadcast this game, but you can also live stream it online.

Here’s how to watch Phoenix Suns vs New Orleans Pelicans and other NBA games online:

One of the options for live streaming NBA games is to use ESPN app. Of course, you will only be able to watch NBA games broadcast by ESPN on their app, but if you already have a TV subscription that includes ESPN, then you can download the app and live stream NBA games for free.

Many of us aren’t just interested in watching games, but we also want to have access to additional NBA content. That’s what you can get with NBA League Pass. In addition to live streams of games, you can also watch highlights or entire replays of previous games. You also get access to NBA TV Studio and a chance to watch evergreen, classic games from the NBA history.

If you are interested in other types of content and not just NBA games and other sports, Hulu + Live TV is a great option for you. After all, Hulu is best known for quality original TV shows and movies. In addition to this, you will also get access to ABC, ESPN, and TNT with their subscription plan.

One of the best live streaming platforms belongs to YouTube, which is hardly a surprise given their dominance in the world of online vides. In any case, YouTube TV offers all the channels that broadcast NBA games in these playoffs – ABC, ESPN, NBA TV, and TNT, so you can cover all the games if you choose this platform.

One of the main advantages for FuboTV compared to the other live streaming platforms is their price, which is a bit more affordable. However, you can only watch ABC and ESPN if you decide to go with their basic subscription plan. That being said, you can also watch NBA TV if you pay a bit extra.

Phoenix Suns vs New Orleans Pelicans Game 6 Preview – Can the Suns Finish Off the Series?

With five games behind us, the Suns are leading the series 3-2. While most of us expected the series to be over already, that’s not the case and the Pelicans have a chance to even force Game 7 if they can pull off another win at home. However, the Suns are once again in the driver’s seat and favorites to win the game, as you will learn if you check our betting tips and odds for Game 6.

More good news for the Suns come from the fact that Devin Booker is seemingly very close to returning to game action after missing the last three games. While it’s still unclear if he can suit up for Game 6, that’s certainly a confidence boost for the Suns. Meanwhile, the Pelicans will be without Zion Williamson once again and it looks like he will end up missing the entire season. 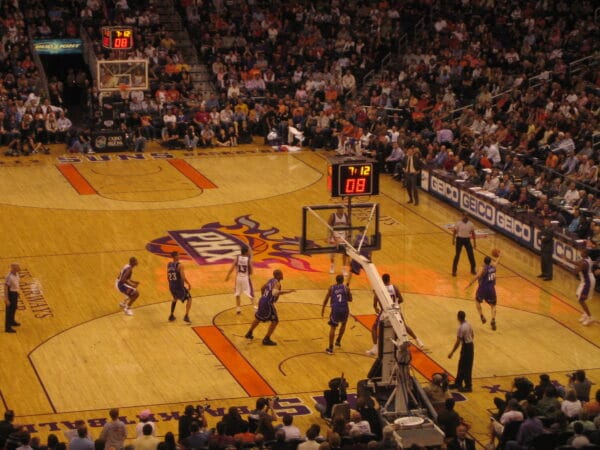 The Suns are the favorites to win the game at -140 odds on money line.

Phoenix Suns lead the series 3-2 ahead of this game.

If you are looking to place a bet on Game 6 of the Suns vs Pelicans series, take a look at our selection of betting websites to check out: