Led by the “Point God” Chris Paul, the Suns managed to take the lead in the series with an away win in Game 3 and without Devin Booker. Can the Pelicans strike back or will the Suns steal another win in New Orleans in Game 4? 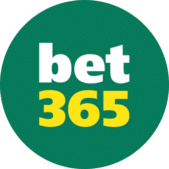 In what is turning out to be a surprisingly close and exciting series in the first round of the NBA playoffs, the Suns won Game 3 against the Pelicans in New Orleans to show why they are the top seed in the entire league. Once again, the Suns will be without Devin Booker in Game 4, but they have enough quality to win again without him.

Even though they lost Game 3, the Pelicans proved in these series that they belong in the playoffs and that they have a bright future with this core. After all, they are playing without Zion Williamson, who could help push this team to success in the upcoming years. For now, the Pelicans are still in the series and putting up a good fight against the top-seeded team.

So, here are my picks and predictions for Sunday’s NBA matchup between the Phoenix Suns and the New Orleans Pelicans 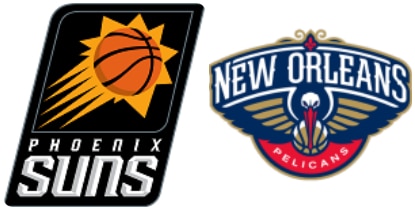 As expected, the Suns are once again favorites against the Pelicans. And, as expected, they are only favored by 2.5 points, which is one point more compared to Game 3. Without Devin Booker and with Game 4 to be played in New Orleans, that is perfectly in line with the expectations.

Meanwhile, the line for total points is set at 215.5 points, which is one point less compared to Game 3. We were surprised to see that since the last two games in the series have both gone over, so we though that the line will go up by a couple of points at least. So, that’s why we would not hesitate to include total points in our NBA playoffs parlay picks.

We will now share with you our betting picks for Phoenix Suns vs New Orleans Game 4, but you can also check our daily NBA predictions:

Losing Game 2 at home was a big surprise, but the Suns returned the break right away in Game 3. The Suns were without their top scorer in this game and Devin Booker will miss Game 4 as well. But the Suns have a very deep bench and they know how to play without Booker, as we saw in Game 3 and in some regular season games before that.

In any case, as long as Chris Paul keeps playing as he did so far, the Suns will have no problem to rack up wins. Of course, the Pelicans have also shown quality and grit in these playoffs, but they lack a little something to be able to match up with a team like the Suns. So, we can see the Suns taking Game 4 as well.

After Game 1 went under, which we expected, we figured that we will see that trend continue through the series. However, Game 2 and Game 3 have both gone over the line for total points and not by few points. So, its’ clear that the Pelicans are able to impose their style of play, which is more based on offense more than the style of play that the Suns have.

If that happens again in Game 4, we should see another close game and another game that will go over, this time over 215.5 total points. Since we can see that happening, our next pick is for Game 4 of the Suns vs Pelicans series is over 215.5 points.

As we expected ahead of Game 3, Ayton had a very good offensive outing and ended the game with 28 points. We said that he needs to carry more responsibility in offense with Booker out and that he will have a good matchup to achieve this against Valanciunas, who is far from a great defender.

So, we can see the same thing happening in Game 4. The Pelicans even game a lot of minutes to Larry Nance Jr. to try and stop Ayton, sacrificing Valanciunas’ offensive contribution and that worked to some extent. But with Paul at the helm, Ayton will once again have many easy points, even if Nance again gets more minutes to guard him.