Over 42 Packers vs. Bears

The Green Bay Packers continue what seems to be a lost season already, but a meeting with one of their lifelong rivals might be just enough to get the fans to tune in for this game. The Packers own bragging rights in this series and Aaron Rodgers has completely owned them in his career.

Rodgers, however, couldn’t finish the last game vs. the Philadelphia Eagles and is reportedly dealing with an injured thumb. And truth be told, there’s no point in risking further injury at this point, as they’re pretty close to being eliminated from playoff contention.

The Chicago Bears have been a much better team this season, at least on the gridiron. But other than Justin Fields’ development and some moral victories, there isn’t all that much to be happy about. Their improvement sure doesn’t reflect on the score or the win-loss table.

But then again, a win over their biggest NFC North foe should be more than enough to at least salvage their season. Of course, that will be easier said than done, especially considering how much they’ve struggled to close out games as of late. 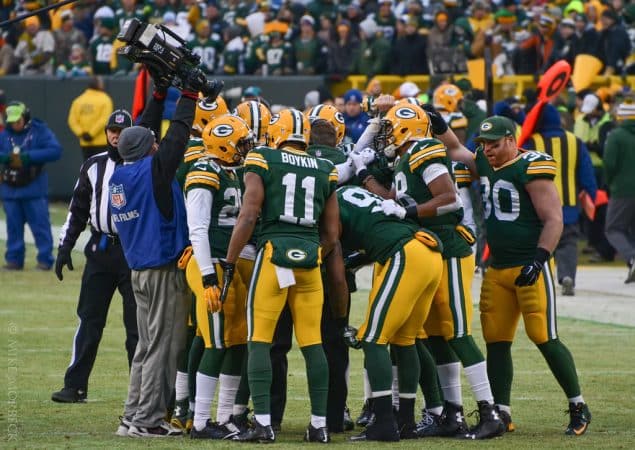 Christian Watson: Christian Watson struggled with injuries and bad drops early in his rookie season, but he’s sure turned the corner over the past three games or so. The second-round pick has been a late entry for OROY honors as he’s finally showcasing his skill set.

Justin Fields: Justin Fields’ availability for this game continues to be a big question mark, but most people assume he’ll play. He’s taken a big step forward this season and has looked like the best quarterback in his class, although the bar wasn’t set that high.

Week 13 Predictions: NFL Bet of the week on Packers vs Bears

The opening Packers vs Bears spread has the visitors as three-point favorites ahead of this matchup. This makes perfect sense, as Matt LaFleur’s team has completely owned and dominated the Bears, and not even this subpar season will be enough for the Bears to turn the tables around.

Justin Fields, even if he’s healthy enough, will have a tough time dealing with the Packers’ front seven, and he’s not all that good when forced to throw instead of running. Also, he could be limited with an injury even if he plays, so we don’t expect their offense to be at its best.

The Packers haven’t been able to win as often as they used to, but their offense has sure looked much better. They continue to march down the field and move the chains, and it’s not like the Bears’ defense is any good or has been able to stop them over the past years.

Rodgers has developed strong chemistry with Christian Watson over the past couple of weeks, and he’s finally proving that he can be a dominant wideout and make a name for himself in the National Football League, so they should have no trouble winning by at least a field goal here.

The opening Packers vs Bears has this game with a projected total of just 42 points. This would make sense because of how poorly the Chicago Bears offense could look without Justin Fields, but they’ve been much better than last year on that side of the field.

Also, as we already mentioned, Matt LaFleur’s team is finally gaining some offensive momentum. They’re fresh off putting 33, 17, and 31 points in their last three games after barely being able to move the chains early in the season.

We already know that Aaron Rodgers has the Chicago Bears’ defense number. He’s often at his best and in MVP mode, especially when he visits Soldier Field. Dominating the Bears could be the silver lining for a dreadful season for the Packers, who may not even make the playoffs.

So, all things considered, we expect both teams to have plenty of chances to score throughout the game. The Packers should lead early and often, but their problems with closing out games could leave the door wide open for the Bears to be right back late in the matchup.

FAQs About Packers vs Bears

Yes, they play in the NFC North.

We don’t know, but we have solid prop plays on our player props page.

Yes, get our free picks and parlays on our NFL picks today page.