This article is dedicated to monitoring and predicting the most likely NFL line moves each week. This way, we will be able to allow you to get the best NFL odds possible at the time of your bet placement. Look for this article to be updated early every week to maximize the benefit from it. Meanwhile, you can wait until early Friday to see our NFL best picks of the week.

We have pinpointed a few games that we think will present a better value to bettors who are alert. See our favorite NFL lines here:

Lamar Jackson injured his knee on Sunday against the Broncos. It doesn’t look like it will be a season-ending injury but he might end up missing a couple of games. That being said, the current line has the Pittsburgh Steelers favored by 1. While Tyler Huntley is a serviceable quarterback with a similar playstyle to Lamar’s but he will likely have a tough time facing that Pittsburgh D-line.

We think bettors will be on the Steelers to take this one which will also damage the hopes of Baltimore to win the division. This line will likely move towards -2.0 during the week especially if it is 100% confirmed that Lamar will miss the game. Bet on the Steelers now if you like them, You will not get a better number.

The bookmakers are giving zero respect to Jimmy Garoppolo with this line. After his broken leg injury was confirmed by coach Shanahan, the line did not move at all. The market says that Brock Purdy is as good as Jimmy G. Obviously, we think that bettors will grab Tampa +3.0. This will, however, depend on the Bucs’ performance against New Orleans on MNF.

Bettors overreact to bad and good performances. If the Bucs cruise past division rival Saints, then we expect the line for the 49ers game to go down. If it’s a touch match, then the line will probably move past 3.0. In all fairness, we would like this scenario as Tampa +3.5 gives us excellent value. 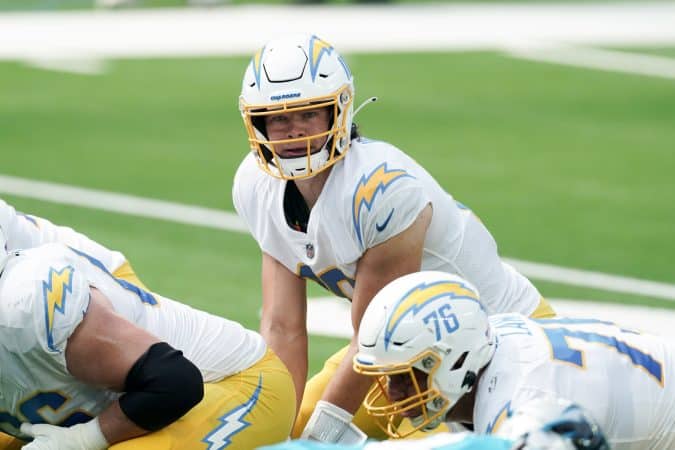 Why is NFL betting line moves an important thing?

NFL lines are not rigid. Even within the span of one week, they can move quite drastically. This allows bettors to get the best NFL odds possible. When we talk about this, we typically use the term ‘’line shopping. It means, finding the best possible NFL lines and NFL odds prior to betting.

Active bettors don’t only look for the most suitable NFL betting lines, they anticipate them and predict the line movement. This way, people who like to bet make sure to squeeze the last ounce of value that a game or a specific bet type has.

Why do lines move in the NFL?

This is a broad topic and the factors are plenty. If you manage to stay on top of them and do your homework, so to say, you might be able to predict some NFL line movements and odds changing yourself. We will give you a few things to consider and they will make you smarter.

NFL odds are affected by where the money goes

While we as bettors try to find every single angle possible to increase our chances of beating the house, sportsbooks actually have only one main objective. All they want is to have equal action (equal amounts of money) bet on each side of the spread. That’s all.

Sharps sit down and think about whether the lines are right or whether anything can be exploited. Meanwhile, bookies don’t have to think about what the correct line is – they only want to cause differences of opinion between bettors.

So what happens when too much money is bet on one side of the NFL spread?

If sportsbooks see too much money pouring on one of the teams, they will adjust either the NFL odds today or the whole line over the week. This is done in order to make the other side more attractive and to balance the book. Say we have the 49ers favored at home by -5.5 against division rival and Super Bowl champion LA Rams. This looks like a steep line and it’d be normal for people to bet heavily on the Rams +5.5. This would increase the liability for the sportsbook and they will be forced to try and make bettors back the 49ers a little bit.

This is why the line might got down to 5.0 and even 4.5. At -4.5 the San Francisco 49ers may look better in the eyes of the customers and the book might be able to see some money coming in this way. If this doesn’t happen and if the Rams are still popular even at +4.5, then the line might go down even more and hit 4.0 or 3.5. The sportsbook will do anything just to have equal action on both sides of the spread.

How do I know where the money would go?

The truth is that you don’t. You have to use your best judgment but with time and experience, bettors tend to understand which teams are hot and popular and which teams aren’t. If a team covers the spread 2-3 games in a row, there’s a good chance that bookies will start offering steeper lines involving that team. In other words, you will have to ”pay a premium” when betting on such a team. The best teams in the league usually find themselves as ”too heavy” favorites in most games which automatically gives value to backing the underdog.

On the contrary, if a team has a bad stretch, bookies will start having them as underdogs in most games – even at home games. This is where betting on such a team is ”cheap” and may prove to be the right decision more often than not.

Everything that we mentioned above connects well with the fact that people overreact to team performances a lot. This is where being able to filter through the media noise is key. If you follow some teams closely, you will know whether certain bad performances are a result of bad luck, fluke, or whether the team is really going to struggle consistently.

Having that information will allow you to know if specific NFL predictions are good or not. NFL betting lines are flexible and they can get adjusted during the night too. This means that smart money will definitely affect which way an NFL spread will go. You can be part of that ”smart money” movement if you constantly back the correct side before everyone else. This will allow you to always get the best number and you will stay on top of any NFL betting line.

Can NFL picks and prediction articles move the lines?

No, people and media that predict outcomes of NFL games have no bearing over the direction of the NFL lines that sportsbooks will put out. The only thing that matters when it comes to getting the best NFL odds today is a liability.