Check out our Milwaukee Bucks vs. Boston Celtics betting picks and odds for the NBA Eastern Conference Playoffs Second Round Game 5 that will take place in TD Garden, Boston, MA, on May 9, 2022.

Our Milwaukee Bucks vs. Boston Celtics Betting Tips and Odds

The NBA Playoffs series between the Milwaukee Bucks and the Boston Celtics have heated up to the roof as the Boston Celtics tied the score at 2-2 with a 116-108 road win in Game 4. The Bucks were the team who won the opening game of the series and had the lead twice but now it seems that the momentum has shifted in the Celtics’ favor.

The Bucks luckily won Game 3 as the time expired before Al Horford made the tip in. Then the Celtics came back in Game 4 despite the fact that the Bucks had control over the score during most of the game. Boston went on to score 43 points in the final quarter and now they are going back home as favorites.

Jayson Tatum had a terrible Game 3 scoring only 10 points on 4-of-19 shooting but then the young All-Star bounced back and went for 30 in Game 4. The real difference-maker was Al Horford who played maybe the best Playoff game of his 15-year career. The veteran center scored 16 of his 30 points in the final quarter and proved to be a real leader of the young Celtics team.

The Celtics are definitely in a better situation at the moment as the series is going back to TD Garden and they have regained the home-court advantage. But we cannot forget that the Bucks still have the best player in the series and that is Giannis Antetokounmpo. The Greek Freak has put up the whole team on his back and as long as he is healthy, the Bucks have a chance against any team in the league. As the things stand at the moment, Khris Middleton will not return in the series against the Celtics which is a huge blow for the Bucks. Jrue Holiday has had a major impact on the series so far and he needs to improve his shooting percentages in order to make a difference in the series.

Anyway, this series cannot be more interesting and will find out if the Bucks will continue their road to repeat or if the Celtics will be back among the top 4 teams in the league.

Follow all the action from the NBA Playoffs, all you need to know about the games including the Bucks vs. Celtics series, you can find out with our expert daily picks.

Matchup: Eastern Conference Second Round Game 5 – No.3 Bucks vs. No.2 Celtics

How to watch: There are several options for how to watch Game 5 of the Bucks vs. Celtics series 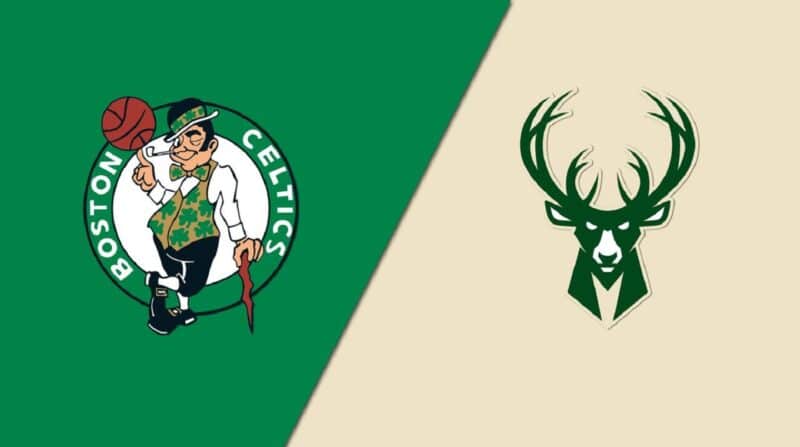 The over/under margin is set at 214.5 points which is two and a half points more than the one from the previous game. Game 4 is the only game that went over the total point margin so far in the Celtics vs. Bucks playoff series.

All of the game other than Game 3 has seen any of the teams win by more than 5 points differential which will not be the case in Game 5. Both teams will give their best performance from this point on and there will not be a team that will easily win. The Celtics have the momentum after winning Game 4 and coming back home as favorites to win the series. The Bucks, on the other hand, are the defending champions and they have proven that they are an excellent team when they are with their back against the wall. The Celtics will have Robert Williams III back in the lineup meaning that they will have their full roster available for Game 5. That won’t be the case with the Bucks who will play without their second All-Star Khris Middleton. With him being out, the Bucks are not a consistent threat from outside since Wesley Matthews is simply not on that level. The Celtics are 5.5-point favorites going into Game 5 and even if they do win, they will not be able to cover that spread. Giannis Antetokounmpo is too good of a player not to keep the Bucks close in this game that may prove to be the decisive one. Whoever wins this game, it will be done in a final couple of minutes and placing a bet on +5.5 points for the defending champions seems like a reasonable decision.

Besides the Bucks vs. Celtics prediction, you can also check out our daily parlay picks.

Three of the four-game so far in the series have finished way under the total point margin with two of them finishing under 200 points. Both teams are known as some of the best defensive ones in the league. With the series being tied at 2 games apiece, the pressure will be high and there will not be any easy baskets or run and gun basketball. Both teams will play tight defense all game long which will result in long offensive possessions and tough shots which will lead to low shooting percentages and a final score that will not go over 214.5 points.

With Khris Middleton being out, Jrue Holiday has emerged as the second-best scorer on the Bucks team. The defending champions will need another good scoring performance by the point guard who does not hesitate to attack the rim or take a long-range shot. Holiday has averaged 18.3 points during the regular season which is lower than his margin for this game. Holiday is averaging 21.3 points in this series scoring 25 points twice. This one will be another of those games when Holiday attacks the basket early in the game which will eventually lead him to score more than 20 points.