The Miami Heat once again proved why they were the top seed in the Eastern Conference this season. Now, they’ll look to reinforce their supremacy by putting the Philadelphia 76ers against the ropes with another statement win in Game 2.

How To Watch Or Live Stream Miami Heat vs Philadelphia 76ers

There’s not much one could say about ESPN that isn’t common knowledge already. ESPN is the worldwide leader in sports broadcasting and will continue to be that way for the foreseeable future. Present in every major cable provider and live TV streaming platform, ESPN’s NBA coverage continues to excel among the competition.

There’s no way a diehard NBA fan can get by without NBA Pass. For just $28,99 a month, you’ll get access to their Hardwood Classics vault, NBA TV, exclusive content, and every single regular season and playoff game at home or on the go. You can get a team-only pass for $119,99 a year or a premium subscription for $249,99 annually as well.

YouTube’s streaming solution continues to make its way across the industry. YouTube TV offers a fresh alternative to most streaming platforms, featuring countless TV channels (including ESPN, NBC Sports, the Olympic Channel, and many more) and unlimited DVR space. You can get it at just $65 per month.

Hulu stands out from the rest of the pack thanks to its variety of exclusive TV shows and movies. But besides their streaming platform, Hulu also features Live TV, including dozens of sports-related channels. Starting at $68,99 per month, you can watch the NFL Network, ESPN, CBS Sports, FS1, and many more!

Fubo TV is tailor-made for diehard sports fans who can binge-watch sports 24/7. If you’re into soccer, basketball, football, or whatever, then this is the right solution for you. Starting at $68,99 per month, Fubo TV features NBA TV, multiple ESPN channels, and never-ending etcetera.

The Miami Heat were one of the toughest teams to beat throughout the regular season. Regardless of who was on the floor and despite all the injuries, Erik Spoelstra’s squad always scrapped their way to wins. They won’t hesitate to put the body on the line.

The Heat’s hard work surely has paid off thus far in the NBA Playoffs. They want to prove that their trip to the NBA Finals two years ago wasn’t a fluke and are determined to get the job done this time. Also, as we mentioned in our Heat vs Sixers prediction article, not having Joel Embiid for the first two games is a massive blow for the visitors.

If Doc Rivers’ team wants to stand a chance in South Beach, James Harden will need to turn back the clock and go back to the player he was with the Houston Rockets, as his recent performances have left a lot to be desired. 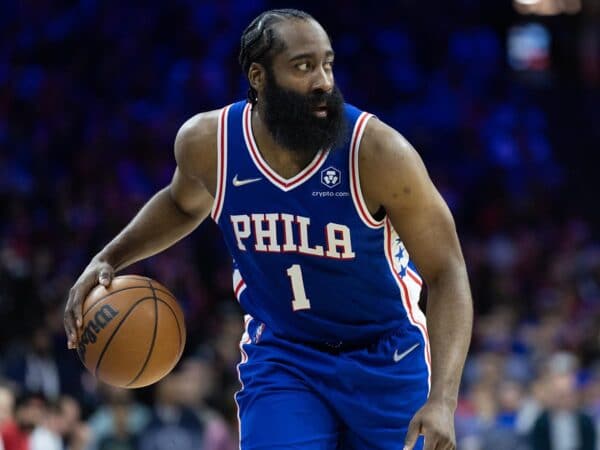 Things To Know About Heat vs Sixers

Miami Heat are favored by 8.5 points.

He’s expected to be back for game 3 or 4 of the series.

There’s no timetable for his return.

Where Can I Bet On Heat vs Sixers Game 2?

If you’re new to the sports gambling industry or just want to spice things up for when you’re watching the game at home, there are multiple reliable platforms where you can safely place your wagers. Here, are some of them.