The Memphis Grizzlies and Golden State Warriors are tied after two games going into Game 3 of their exciting second-round NBA playoff series. Ja Morant’s 47-point effort carried the Grizzlies to a 106-101 win in Game 2, but can the Grizzlies withstand the Warriors in Golden State? The most dramatic series of the NBA’s second round has seen a player get ejected in each game. Just three minutes into Game 2, Memphis forward Dillon Brooks committed a flagrant foul on Gary Payton II, which caused a fractured elbow for Payton. Brooks will be suspended for Game 3 of this series.

But Ja Morant’s incredible night (47 points, eight rebounds, eight assists) was enough to lift the Grizzlies to a 106-101 win. Morant scored 18 points in the fourth quarter alone, more than any other Memphis player had for the entire game. Desmond Bane disappointed again with a 5-point performance as he may be playing hurt.

Klay Thompson also really struggled again for the Warriors, shooting 26.3% from the field. Steph Curry had 27 points to lead the Warriors, but Golden State was an abysmal 7-for-38 from three-point territory.

For more coverage of the NBA’s second-round playoffs, make sure to check out the rest of our NBA daily expert picks.

For all the details on where you can watch this game, see our streaming guide. 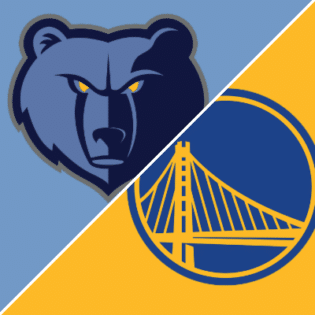 Golden State was a 2-point favorite in both games in Memphis, but that has gone up to a 7.5-point favorite at home. Memphis was one of the best road teams this season, finishing third in cover rate (27-16-1 ATS, 62.8%). But the Warriors (25-17-2 ATS) are tied for the second-best home record this season, only trailing Memphis of course. Memphis is 11-8-1 ATS as a road underdog this season.

The total for this game is 225.5 points, or in line with Game 2’s number that went well under. The over is just 17-25-2 in Golden State home games this season, the third-lowest over rate in the NBA. In Golden State games with a total of at least 225 points, the over is 9-16.

Morant was a one-man show down the stretch of Game 2 as he scored the team’s final 15 points. He is silencing his critics over his perimeter shooting after making nine threes in this series, only the second time in his career he has made at least four threes in consecutive games.

The next step for Morant is to carry this performance over to the road. In the three playoff games in Minnesota, Morant never scored more than 17 points and he was 1-for-10 from three. He did average 12.0 assists on the road, but the Grizzlies are going to have to start making shots for him again. Desmond Bane has been terrible in this series and Dillon Brooks is suspended for Game 3. This is going to put even more pressure on Morant.

The Warriors can certainly overcome the Payton injury with playing Jordan Poole more minutes. Steph Curry is having a good series, but Klay Thompson is in desperate need of a bounce-back game at home. He is shooting 28.9% and averaging 13.5 points in this series so far.

As a team, the Warriors had their second-worst game of the season from three (7-for-38) in Game 2. It stands to reason that the Warriors will shoot much better at home, Morant won’t be as explosive or efficient, and the Warriors should be able to cover this one.

While Game 1 had the offensive fireworks with three 30-point scorers, Game 2’s 106-101 finish is much more in line with the games these teams have played against each other this season. A bet of under 225 points would have hit in five of the six meetings between these teams.

Remember, both teams rank in the top six in Defensive Rating, so they are not used to allowing many points. With some of the top players in this series struggling to score and the Brooks suspension adding some choppiness to this matchup, look for Game 3 to be more of a defensive showdown that hits the under.

There is going to be a breakout game in this series for Desmond Bane and Klay Thompson, but if you are looking for a player prop pick on FanDuel with less risk right now, you should look at Jordan Poole again. He shoots 37.9% at home from three compared to 34.9% on the road. He made five threes in Game 1 before cooling off to 1-for-6 in Game 2. In 11 home games since March, Poole is averaging 4.3 made threes per game, including three in a matchup with Memphis in late March. With his over/under set to 2.5 made threes, the over should be a great value pick for this game.