The stage is set for the fifth meeting between England’s Man City and Portugal’s Sporting CP on 9th March 2022 when both teams lock horns in the 2022 UCL knockout second leg at Etihad Stadium. Read further for Man City vs Sporting tips to find out more about this game and as well as the best Man City vs Sporting prediction of the Wednesday fixture.

For punters, the biggest question in this game is will Sporting CP overturn a home defeat of 5-0 in the first leg? This trip to England comes with the challenge of defeating Man City­­­, probably the best team in Europe right now. Here is the best Man City vs Sporting prediction.

Place a Bet with DraftKings >

Place a Bet with DraftKings >

Man City to go ahead at the break

It will be almost impossible for Sporting CP to get a win at the Etihad on Wednesday. A 5-0 thrashing at home in the first leg of the Champions League is a testament to how far they have to go to defeat one of the most in-form teams in Europe right now. While the visitors have done well in the domestic league, a matchup against Man City was bound to end in tears. Four previous meetings ended with both sides bagging 2 wins. Man City won the last two matchups and should be in contention for a third consecutive victory of the Portuguese outfit. Victory in the first half for City is our first pick in this match.

Over 1.5 goals in the first forty-five minutes

We have seen lots of goals scored in this fixture, with only one of the last four meetings registering less than two goals. The last two encounters had five goals each and at least two goals were scored in the first half of the last two meetings between Man City and Sporting CP, a trend we expect in this fifth meeting as well. City unlocked Sporting’s defense in the first leg of the 2022 UCL knockout to put 5 goals past Antonio Adan. The defense of the visitors was particularly porous.

For more in-depth information on this UCL fixture, we have put together useful stats for the big match below.

Man City’s Pep Guardiola is expected to have nearly a similar lineup as it were in the first leg that bagged the English side a 5-0 win against the visitors. However, players like Mendy, Ake, Dias, and Steffen remain sidelined with injuries. Walker is sidelined with a red card. 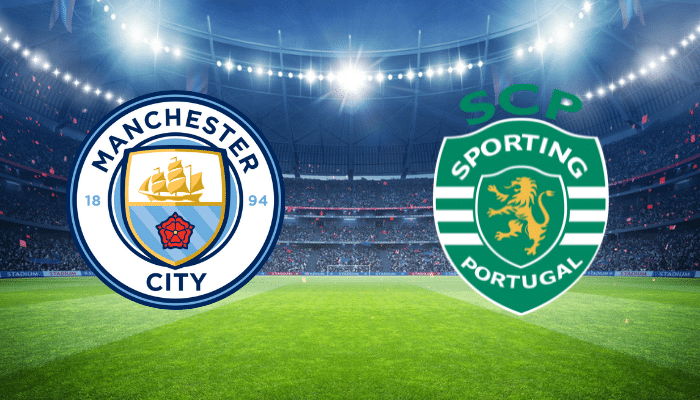 Sporting CP’s head coach, Ruben Amorim, is expected to tweak his starting lineup a bit to try and recover from 5-0 thrashing in the first leg. Luiz remains suspended while Braganca, Palhinha, and Goncalves are doubtful.

See the latest stats for these teams as well as results in their previous meetings. You can also take advantage of the latest Man City vs Sporting betting tips and odds on Ceasars when placing your bet.

Man City is a ruthless team that keeps on scoring and it gets worse when they meet defensively weak opponents. They punished Man United 4-1 in EPL before this game and should look forward to some goal-fest at Etihad against a team that shipped 5 goals in the first leg of this competition. Sporting may have had their way to bag 2-0 against Arouca in the domestic league but this trip to England is the least of their wishes.

Turkish referee Halil Umut Meler will be in charge of this important game.

Man City had 6 shots on target in the first leg while Sporting had none.