Over 44 Lions vs Panthers

The Detroit Lions will look to continue their impressive surge when they visit the Carolina Panthers. The Panthers are still mathematically in contention for a playoff spot, which is just evidence of how terrible has the NFC South been throughout the whole season.

But even so, the Panthers know they’re not likely to clinch the division, even if the Tampa Bay Buccaneers continue to drop the ball. So, chances are that they’re just taking this game as an audition to see who’s in and who’s out of their plans for the future.

The Lions have been one of the hottest and most surprising teams in the league as of late. It’s evident that the players will go to war with and for Head Coach Dan Campbell, and it seems like you just can never count them out of any game.

We’re talking about a Lions team that most insiders predicted would get another top-5 pick this season, and they were 1-6 at some point. Now, they’re sitting on a 7-7 record and a realistic chance at clinching a playoff spot, albeit they’ll need some help from other teams. 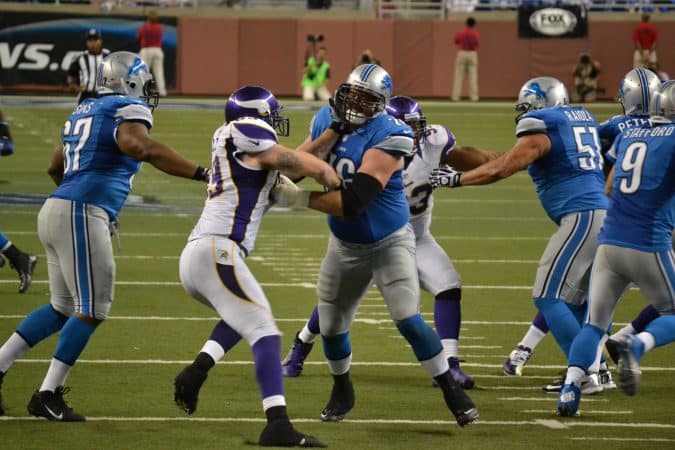 Jared Goff: We’ve been ruthless to Jared Goff in the past, but we have to give credit where it’s due, and he’s been fairly better throughout the past six weeks or so. While we still don’t trust him down the stretch, he’s finally shown some glimpses of what we thought he was going to be earlier in his career.

Sam Darnold: Sam Darnold did just enough to hold on to the starting quarterback job last week, but he wasn’t impressive by any means. Still, with PJ Walker as his only competition, he’ll have another opportunity to prove to the franchise that he can lead them until Matt Corral is ready. He can’t.

Week 16 Predictions: NFL Bet of the week on Lions vs Panthers

The opening Lions vs Panthers spread has the visitors as 2.5-point underdogs. Maybe, oddsmakers are trying to trick us into thinking that the Carolina Panthers are going to make this a competitive game. They clearly have no respect for what the Detroit Lions have done thus far.

And, who knows? Maybe this will be, in fact, a close game. However, we just don’t see the Panthers pulling off the win here, and why would they? They’d be better off just planning ahead to the NFL Draft rather than trying to win seemingly meaningless games.

The Lions don’t know what it means to surrender. This team will fight with bones and nails throughout the full 60 minutes, and their much-improved defense will certainly make Sam Darnold see ghosts all day long.

Detroit has won six out of their past seven games and has been one of the most profitable teams against the spread this season. The Panthers have had a couple of impressive wins, but mostly against slugging and underperforming squads.

The opening Lions vs Panthers odds have this game sitting at just 44 points. That makes sense, given how unimpressive the Carolina Panthers offense has been for most of the season. But this game has the makings of a shootout.

For starters, the Detroit Lions boast the fifth-highest-scoring offense in the league at a whopping 26.4 points per game. They’re also fifth in total yards per game at 383.9 and ninth in passing yards per game at an impressive 257.9.

The Lions have two impressive playmakers in Amon-Ra St. Brown and Jameson Williams, and Jared Goff won’t hesitate to sling the football down the field against a team that ranks middle-of-the-pack in terms of scoring defense at 22.4 points per game.

The Panthers have allowed 24 points in back-to-back wins after showing signs of an improved defense earlier in the month. The Lions have put up 31, 25, 30, 34, and 20 in the past five weeks, so we think they’ll keep their foot on the gas with another 30+ effort vs. this mediocre Panthers team.

FAQs about Lions vs Panthers

They could both make the playoffs.

We don’t know, but we have solid prop bets on our player props page.

Find them on our NFL odds page.