Our predictions are equipped with Lille vs Chelsea predictions and odds, a snapshot of the teams’ form, and a few other pieces of important information. So without further ado, let us dive right in!

As most of you will know, Lille will face off against Chelsea in the Champions League tomorrow. Chelsea won the first leg quite comfortably at home, by a score of 2-0. However, they will now travel to Lille for the second leg. And the game maybe a little more interesting than many people think! For that reason, we’ve put together a Lille vs Chelsea prediction within this short read.

Let’s be honest – you’ve come to this page because you want the latest Lille vs Chelsea betting tips before the game kicks off. So we won’t bore you with too much background information regarding the game. Instead, we will get straight into it and give you two tips that we feel could pull through in the clash tomorrow.

We can’t shy away from the fact that Havertz has been incredible for Chelsea in recent times. He has scored in almost every one of their last five matches. This also includes a goal against Lille during the first leg. Since Chelsea only has a 2-0 margin, we feel that Havertz will definitely start, and he will no doubt push for another early goal. And with the odds at 2.60, this is one of our favorite Lille vs Chelsea prediction markets!

Given that Chelsea won the previous leg by 2-0, we feel they are clearly the better team. Not only this, but Chelsea is showing fantastic form in the Premier League too. As for LOSC, they’ve not exactly been playing fantastic. In fact, they are currently in 6th position in the French Ligue 1. But putting domestic form to one side, it’s fairly clear that Chelsea has a stronger squad. And let’s not forget that they are also the defending champions either! 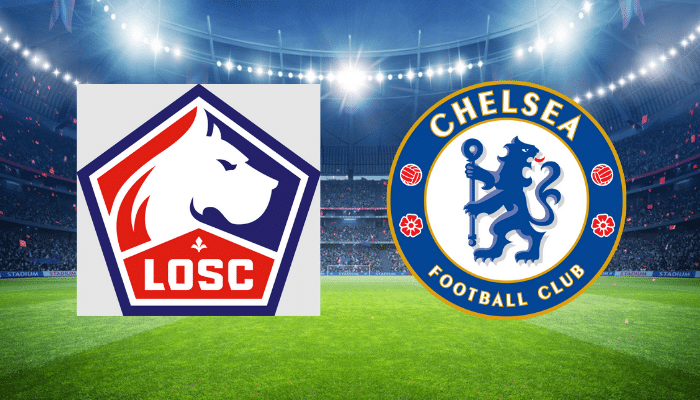 Since the previous game against Chelsea, Lille has actually won 2 and drawn 1 match. These were all Ligue 1 games, and LOSC scored 5 goals within these 3 matches. However, their most recent game ended in a 0-0 draw against Saint Etienne – a team that is ranked 18th in Ligue 1. This is okay, but it doesn’t exactly show that Lille is in great form. That’s why we feel that the Lille vs Chelsea odds for a Chelsea win are quite appealing.

In contrast to Lille, Chelsea has won 4 of their 5 matches since the first leg against LOSC. The one and only loss came against Liverpool on penalties, which isn’t exactly a bad loss. Of these five matches, Chelsea has scored 11 goals and conceded just 4. As mentioned previously, Kai Havertz has been quite prolific in helping them to rack up so many goals.

Pretty much all of Chelsea’s main players are fighting fit ahead of this game too. So to conclude, we really do feel that Chelsea will win this game quite comfortably. But we will all have to wait and see what happens tomorrow.