Under 42 Jaguars vs. Titans

Considering all the money they spent in the offseason, this season could be seen as a massive failure for the Jacksonville Jaguars. However, there were multiple signs of improvement, and their 4-8 record doesn’t tell the whole story.

Doug Pederson is evidently helping to turn this team’s losing culture around, and that just doesn’t happen overnight. They need to find ways to close out games and not dig themselves into a hole, but it seems like they’ll get there.

The Tennessee Titans, on the other hand, continue to scrape their way into ugly wins, getting everything out of the mud. They don’t have a trustworthy quarterback or an explosive offense, yet you can never count them out of a game.

Still, the Titans are coming off a humiliating loss vs. one of the biggest candidates to go the distance this season. So, they cannot afford another setback, let alone against a divisional rival, which is why this will be a must-win matchup for them. 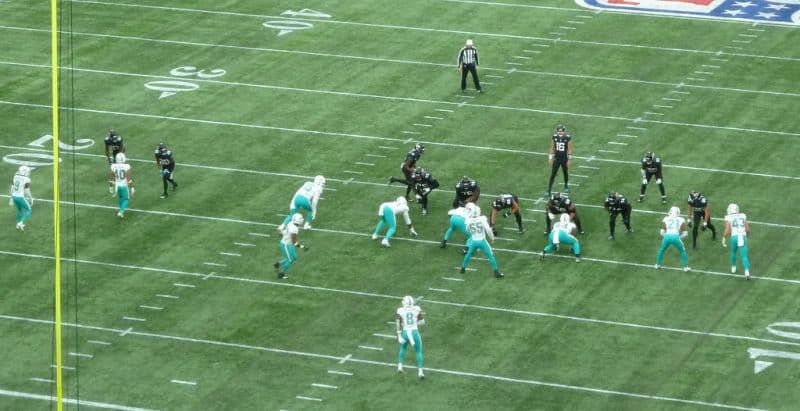 Trevor Lawrence: Once again, the clock is ticking on the former first-overall pick. Trevor Lawrence has shown nothing but glimpses of his true potential, and he’s starting to look more like a bust than a generational player.

Derrick Henry: Following a dominant stretch, Derrick Henry has cooled off as quickly as he had heated up. We all know what he’s capable of when healthy, but he’s been held in check more often than not over the past month or so.

Week 14 Predictions: NFL Bet of the week on Jaguars vs Titans

The opening Jaguars vs Titans spread has the Tennessee Titans as 3.5-point favorites ahead of this matchup. That seems like a short number, considering how better they’ve been and the fact that they’re leading their division.

Of course, divisional games are always tough and have that postseason-like atmosphere, but it’s not like the Jacksonville Jaguars have done anything to make us think that they can keep pace with the Titans’ running game.

The Jaguars were completely torched on the ground by the Detroit Lions, so they’re just what the doctor ordered for Derrick Henry to get past this slump and go back to posting the video game-like stat lines he’s used to putting.

The defense also favors the home side ahead of this matchup. Their stout front seven will put a lot of pressure on Trevor Lawrence, who’s struggled to get out of the pocket and gain any sort of momentum with his feet.

The opening Jaguars vs Titans odds have this projected game total sitting at just 42 points. This seems logical, mostly because the Jacksonville Jaguars have had a tough time getting started more often than not this season.

They’ve been better in the second half after getting off to slow starts. The only difference is that they’ll face an elite defensive front this time around, not to mention a savvy coach in Mike Vrabel, who’s not going to let them get back into the game.

Both teams feature a run-heavy offense, which means the clock will continue its march more often than not, with Derrick Henry and Travis Etienne Jr. shouldering most of the offensive load for their respective sides.

The Titans’ offense isn’t explosive or flashy by any means, and their passing game has been close to non-existent this season. So, this game has the makings of a low-scoring affair, with the Titans taking it home by at least a touchdown.

FAQs about Jaguars vs Titans

Yes, they both play in the AFC South.