The Golden State Warriors want to close out the series at home. They let the Dallas Mavericks live another day and will now have to finish the job at Chase Center. Then again, Luka Doncic and his teammates are determined to prove that they can make history and come back from this deficit.

Unless you’ve been living under a rock, you must be aware that ESPN is the worldwide leader in sports broadcasting. They feature multiple channels, the most renowned experts, and top-notch coverage for every sport, including the NBA, which is why this channel is a must for every cable provider. Also, you can stream games on the go with the ESPN Go app.

NBA Pass is a dream come true for NBA fans. Not only you’ll be able to stream every regular-season and playoff game, but you’ll also get access to NBA TV and their Hardwood Classics vault. Subscriptions start at $28,99 monthly, but there are also premium subscriptions at $249,99 per year or team-only passes for $119,99 per year.

It didn’t take long before YouTube TV made great strides in the streaming platform world. They feature the same channels most cable providers have, including multiple ESPN channels and sports-related networks. Also, they’re the only option that features unlimited DVR space, all for just $65 a month.

Hulu + Live TV is the perfect subscription for those who just can’t get away from the screen. You can binge-watch hundreds of original TV shows and movies, while also being able to live stream television as with every cable provider. Starting at $68,99 monthly, you can watch Bally Sports, FS1, ESPN, and many more.

If you’re way into sports, then Fubo TV is your go-to solution. Starting at $68,99 monthly, you can get access to dozens of sports-related networks, including multiple ESPN channels, CBS Sports, the NFL Network, and big etcetera.

The Golden State Warriors missed the perfect opportunity to close out the series and get some much-needed rest before the NBA Finals. They’re now holding on to a 3-1 lead, and that’s not the position they wanted to be in right now.

Hard work never stops in the NBA Playoffs. Any team can get hot in the blink of an eye and you need to take things one game at a time. That’s how the Dallas Mavericks managed to avoid elimination and live another day.

Luka Doncic has been nothing short of spectacular throughout the series. But, then again, he can only do so much on his own. His supporting cast needs to step up if the Mavs want to stand a chance to turn this series around.

Needless to say, the Warriors will leave nothing to chance in Game 5. They can’t afford this series to extend any further, especially with Boston Celtics and Miami Heat likely going to seven games. They’ll need to be near perfect to get this out of the way. 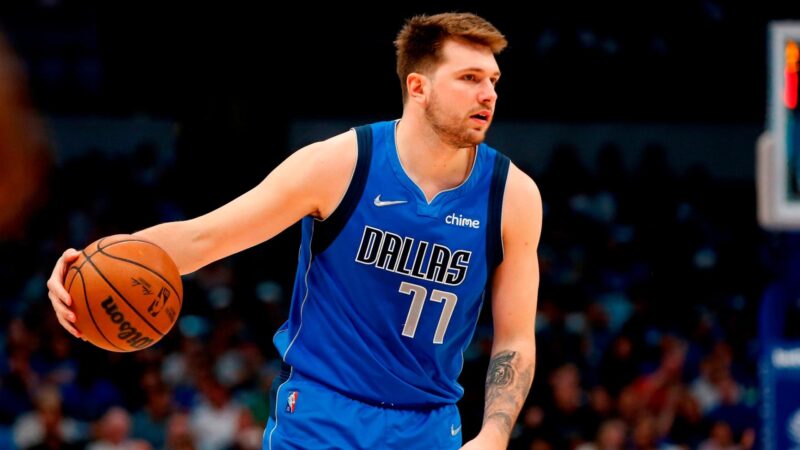 Things To Know About Warriors vs Mavericks Game 5

The Warriors are 7-point favorites.

The game total is projected at 215.5 points.

This is a best-of-seven series, meaning a team must win four games to advance.

Where Can I Bet On Warriors vs Mavericks Game 5?

This will be one of the most exciting games of the season, meaning even non-basketball fans will be tuning in. Also, it will draw plenty of attention from gambling enthusiasts. If that’s your case, then consider looking at any of these reliable options to place your wagers.