The Celtics lost two games in a row for the first time in these playoffs and now the Warriors have a 3-2 lead in the NBA Finals. The next game will be played in Boston and the Celtics will try to get a win to force Game 7. Meanwhile, the Warriors can win their fourth NBA title in eight seasons with a win in Game 6. The 2022 NBA playoffs are almost over – only one or two games remain to be played in the seasons before we find out which team will be crowned as the new NBA champions.

The Celtics trail for the first time in the NBA Finals after losing two games in a row to the Warriors and they seemingly have their backs up against the wall. Even if they win Game 6, they will have to win Game 7 in San Francisco, which is one of the hardest things to do. That being said, they already did it once, so perhaps the Celtics still have some surprises in store for us.

Meanwhile, the Warriors seemed to be without a solution for the Celtics on both ends of the floor after the first three games, but then we saw some of the much-touted Warriors defense, which was the main reason why the Warriors were able to win the next two games and come within one win from another title. 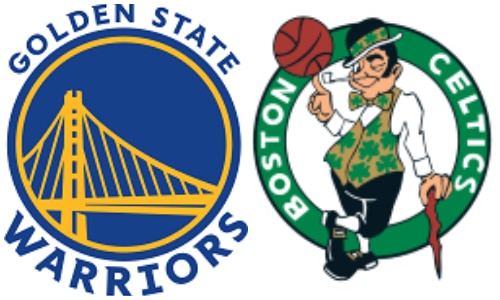 Although the Celtics lost the last two games of the NBA Finals, they are still the favorites to win Game 6, according to the bookies. The odds on them on money line are set at -165 and the spread is set at 3.5 points, which is pretty much what we expected to see for Game6 of the Warriors vs Celtics series.

Meanwhile, the line for total points is the same as it was for the previous game of the series – 210.5 total points. That’s not a surprise since we’ve only seen more points that that in two of the previous five games of the NBA Finals and with Game 6 potentially being the last one in the season, it’s clear why the line is set as low as it is.

Before we get on with our betting predictions for Game 6 of the 2022 NBA Finals, you should also check our NBA daily betting picks and NBA playoffs parlay tips.

That being said, here are our picks and predictions for Thursday’s NBA matchup between Golden State Warriors and Boston Celtics:

The Celtics didn’t look great in the last two games. However, they weren’t that bad either and they were in pursuit in the last quarter in both of those games. Still, they ended up losing them and they are now one loss away from losing the series. Luckily for them, Game 6 will be played in Boston.

So, the Celtics will have their noisy and passionate fans behind them in this game, which could give them the necessary boost to stay in the series and win to force Game 7. This is a young team and their amplitudes are somewhat understandable, but they Celtics know that they have to be on top of their game now since there’s no room for error anymore. In any case, we can see Boston winning Game 6 and covering the spread.

Three of the five games played in the Warriors vs Celtics series have gone under the line for total points and we can see that happening once again in Game 6. The line is set at 210.5 total points, which is the lowest it’s been so far in the series and same as it was in Game 5.

And while this might seem a bit low, it’s actually not that bad if you consider the fact that the Celtics and the Warriors are two of the best defensive teams in these playoffs. In addition to this, it’s Game 6 of the NBA Finals, so putting up points is even harder at this stage of the season, especially if you count the nerves, as you should. So, we can see Game 6 going under 210.5 total points.

One of the key pieces for this Celtics team is the veteran Al Horford, who provides the much-needed expereince to the young core of the Boston Celtics. And while his main contribution is on the defensive end, we saw some great performances from Horford on the offense as well.

With that in mind and taking into account the importance of Game 6, we can see Horford scoring at least 10 points in the game. In these NBA Finals, the Celtics won two games out of five. In those two games, Horford had 26 and 11 points and those were the only two games in which he had 10 or more points. Clearly, the Celtics need to rely on Horford more if they want to force Game 7.