Under 48.5 Giants vs Vikings

Two teams facing different realities will square up when Brian Daboll’s New York Giants travel to Minneapolis’ blistering cold for a date with the Minnesota Vikings. The G-Men are still in the Wild Card race, but they’ll need to be nearly perfect until the end of the season.

Kevin O’Connell’s team, on the other hand, has already secured a spot in the playoffs after pulling off the largest comeback in NFL history. The Vikings were down 33-0 at some point last Saturday vs. the Indianapolis Colts before taking a 39-36 win in overtime.

The Vikings dug themselves in a hole early in the game, showing desperation by going for it on 4th down deep into their territory, and stringing turnovers in back-to-back drives. Then, Kirk Cousins and the offense went full berzerk mode to obliterate the Colts’ shaky defense.

Now, they’ll face a tougher challenge against a more disciplined New York Giants team. However, they might not be all that motivated after already securing a spot in the promised land, especially after such an emotional win that may have worn them down both physically and mentally. 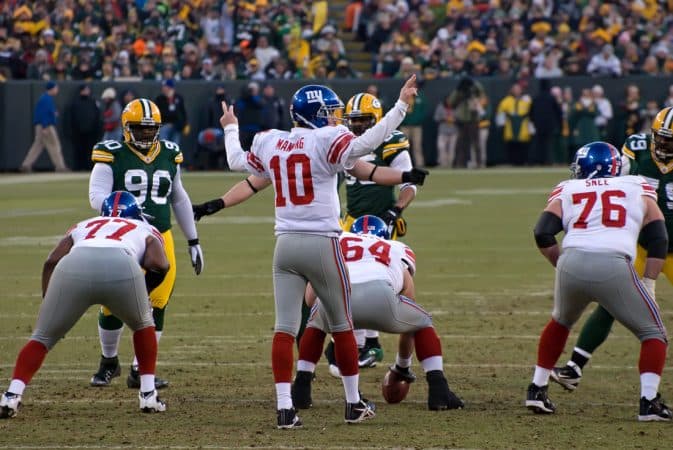 Saquon Barkley: Saquon Barkley looked at his best early in the season, making a fool out of those who urged the Giants to trade him. However, he has been nowhere near as explosive over the past five weeks or so, and the Giants will need him to carry the load if they want to make the playoffs.

Justin Jefferson: Justin Jefferson took a massive hit and hurt his ribs and chest in last week’s emotional comeback win. Still, he just missed a couple of plays and was back on the field to help his offense. However, they might want to limit his reps as they look to keep him ready for the postseason.

Week 16 Predictions: NFL Bet of the week on Giants vs Vikings

The opening Giants vs Viking spread has the visiting team as 3.5-point underdogs. That speaks volumes of how little trust oddsmakers and the public have in the Minnesota Vikings, even after pulling off one of the greatest milestones this beautiful sport has ever seen.

Simply put, regardless of their 11-3 record, most people still think the Vikings are fake contenders, and their record is a misleading fluke. Also, they’ve already secured their division and are likely to get a first-round bye anyway.

The Vikings will have a tough time keeping their motivation up. This is what we call a huge letdown spot after an emotional win, and their effort could be rather flat, especially when going against a solid defensive team that’s hungry for the ball.

The Giants will play like a team that has nothing to lose, mostly because that’s their reality. They know they have to go all-in because they will be no tomorrow if they fail to return to the Big Apple with a win. So, we expect them to take risks and at least make this one a close game.

bet on nfl with wynnbet >

The opening Giants vs Vikings odds have this game total sitting at a whopping 48.5 points. We believe this total is highly inflated and misleading after the Minnesota Vikings allowed that many points vs. Matt Ryan and the sluggish Indianapolis Colts. It might be a trap.

Simply put, the New York Giants will stand no chance in this game if they don’t control the time of possession and the pace. They’re at their best when they’re pounding through the tackles and leaning toward the running game, not putting all that weight on Daniel Jones’ shoulders.

Brian Daboll’s team averages 20.5 points per game, the 10th-worst figure in the league. The Vikings, on the other hand, aren’t all that better at 25.1 points per contest while also ranking 20th in total time of possession throughout the first 15 weeks.

The Giants have scored 20 points or less in all but one of their past 5 games, and they haven’t topped the 22-point mark since a 24-16 win over the Houston Texans. The Vikings don’t need to take a lot of risks in this game and will most likely just go through the motions, which bodes well for the under.

FAQs about Giants vs Vikings

No, the Vikings are already locked in.

No, barring an injury.

Yes, find them on our player props page.

Find them on our NFL picks today page.