Fantasy Soccer is one of the ways you can put your soccer knowledge into action. You can be the manager of your team and make the decisions yourself. We have all heard of various fantasy names, but if you don’t know what that is, we are more than happy to explain.

Here is our list of the top ten funny fantasy soccer team names (not in order):

Some of the coolest fantasy soccer team names are the ones related to music/bands. Everyone has heard of the band Blink-182 and if you are a true soccer fan, then you know who Samuel Eto’o Fils is. The former Cameroonian striker played for many clubs in his career and scored almost 300 goals in his career. His name happens to sound similar to the pronunciation of the number “82” in the band name, so combining them seems natural and funny. 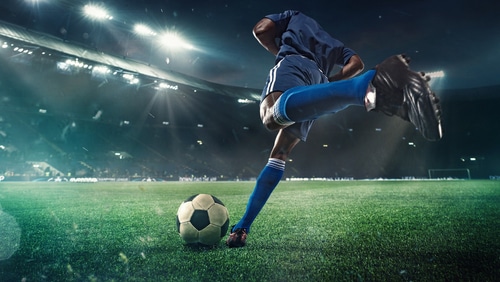 How I Met Your Mata

If you have seen the American sitcom “How I Met Your Mother” then you are familiar with that part of the name. Juan Mata is a Spanish attacking midfielder and he has played for Manchester City since 2014. His last name is similar to the last word in the show’s name, so naturally, they go well together forming one of the funniest fantasy soccer team names.

Cesc and the City

We have all heard of the 1998 sitcom “Sex and the City,” but have you heard of one of Monaco’s midfielders Cesc Fabregas? Before he played for Monaco, he was in teams, like Barcelona, Chelsea, and Arsenal, and he also has more than one hundred international caps. The name combination is cool and shows how much you like the show or the player.

Another band name + player combination – Guns ’N Roses are a famous rock band, whose greatest hits you may have heard (Sweet Child O’ Mine, Paradise City, November Rain, Welcome to the Jungle, etc.) Victor Moses is a Nigerian player, who is has played for many teams, but since 2013, he spends his time getting loaned out to other teams, even though he has a contract with Chelsea.

Lord of the Ings

Danny Ings is a forward for Southampton, but in the past, he has played for teams, like Bournemouth, Liverpool, and Burnley. His last name rhymes with the word “rings,” which is why this combination is priceless. Lord of the Rings is a fantasy book series, which was published in the 1950s, and almost half a decade later it was made into a film series.

If you love soccer, then you should know what a throw-in means, but for those of you who don’t, it’s when the ball goes into touch and it’s thrown from the sidelines. Game of Thrones is a 2011 drama tv series, which was created based on one of George R. R. Martin’s books “A Song of Ice and Fire.” When you put them together it sounds quite funny, and that’s why it made our list of the best fantasy soccer team names.

Ritchie De Laet is a Belgian defender, who plays for Royal Antwerp, but in the past, he has been in teams, like Leicester City, Manchester United, Aston Villa, etc. Ctrl-Alt-Del is a popular keyboard combination, which opens a menu on your computer from where you can access either your task manager or switch accounts, for example. De Laet sounds similar to “Delete,” so it’s natural to think of this fantasy name.

Adam Lallana is an English attacking midfielder and he currently plays for Brighton & Hove Albion. If you are his fan and also remember the 1992 children’s television series “Bananas in Pyjamas,” you can probably already guess how this name was created. 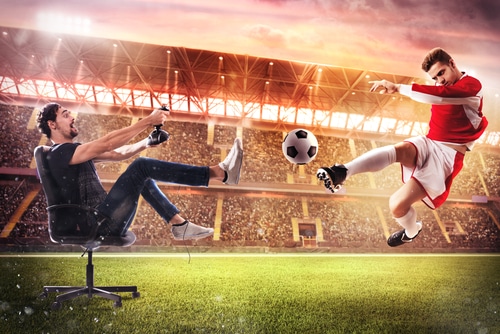 Choosing to name your fantasy team after your favorite movie is a good way to go, especially if you can change it up a little and relate it to soccer. When Harry Met Sally is a 1989 classic comedy and romance movie, which was nominated for an Oscar. Harry Kane and Dele Alli are two Tottenham Hotspur players, who are legendary when working together to score goals.

Naming your fantasy team after your favorite food is a good choice, and if that favorite food happens to sound familiar as one of the most prestigious French clubs out there – that’s another bonus. Olympique de Marseille is a French soccer club, and Olympic is a famous brand of mayonnaise in the world. The name not only sounds funny but also cool and shows how much you love mayonnaise.

If you already picked a funny fantasy soccer name, but you grew tired of it, don’t worry, you can change it at any time if you follow these steps:

Of course, there are many more names out there you can combine to create funny and cool fantasy soccer team names. We showed you our top ten list, but we decided to include some other names that we just couldn’t stay quiet about:

If you think of any cooler names don’t hesitate to use them or use one of our examples, it’s always fresh to have a funny fantasy soccer team name.