Check out our Denver Nuggets vs. Golden State Warriors betting picks and odds for the NBA Western Conference Playoffs First Round Game 2 that will take place in Chase Center, San Francisco, CA, on April 18, 2022.

The opening game of the Nuggets vs. Warriors series was the first playoff game for Jordan Poole and he had a historic night in the 123-107 win for the Warriors. The third-year guard scored 30 points for the Warriors, making 5 three-pointers and hitting his first six shots of the game. Poole joined Wilt Chamberlain and Mitch Richmond as the third player who scored at least 30 for the Warriors in a playoff debut. Coach Steve Kerr decided to stick with Poole in the starting lineup and bring in Steph Curry off the bench in his first game after a month. Curry missed his first five attempts but managed to score 16 points for the Warriors. Klay Thompson, who played his first playoff game in almost three years, finished with 19 points on 5-of-10 from the three-point line. The Warriors had excellent shooting percentages with 52.4% from the field and 45.7% from deep.

The Nuggets, who defeated the Warriors three times this season, didn’t have a good night in the opening game of the series. They shot 46.2% from the field which is quite good but made only 31.4% from their three-point attempts. The reigning MVP Nikola Jokic was on his level scoring 25 points, 10 rebounds and 6 assists but Will Burton was the only other Nugget to perform well in Game 1.

The Warriors forced their high-tempo holiday and the Nuggets seemed like they simply cannot keep up with it. The second game of the series will be pretty different. First, Kerr will have to decide if the is going to keep Poole in the starting lineup and use Curry off the bench or things will go back as they used to be.

Following are our Nuggets vs. Warriors Game 2 predictions and also make sure you check out our NBA daily expert picks.

Here are our picks and predictions for Monday’s NBA Game 2 matchup between the Denver Nuggets and the Golden State Warriors. (Odds via BetMGM)

Matchup: Western Conference First Round Game 2 – No.6 Nuggets vs No.3 Warriors 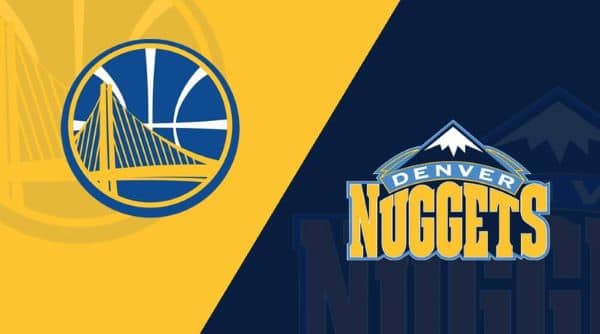 The Golden State Warriors are a 7 point favorite going into Game 2 of the West first-round Playoffs. They set the tone for the entire playoffs and if the Nuggets lose on Monday night, they will probably be done for the season. The Warriors can be satisfied with game 1 of their series and will have Steph Curry probably in a better shape.

The first game of the series didn’t look very promising for the Nuggets as it was a one-direction street. Still, no one can count out the Nuggets who proved in the past couple of seasons that can come back from any situation. Denver will need to play much better defense than in Game 1 in order to stand chance on Monday night and that is exactly what they will do. This one will be a much tighter game and Denver will be close to making the series even.

The first game of the series went to 230 total points and the second one will not be even close to that total. That was the first Nuggets’ game in their last five going in as a road underdog that finished over the total points margin. This one will be a much closer game and with that, the teams will play better defense and it won’t be easy to score.

Klay Thompson scored 19 points in game 1 with shooting 5-of-10 from the three-point line. In the regular season, Thompson recorded 20.4 points per game. There is simply no reason for such a margin not that Klay Thompson is not fully back but mostly because of the emergence of Jordan Poole and a probable more minutes for Curry which will mean lower shots for Thompson.

Here is how to watch Nuggets vs. Warriors Game 2.