The Dallas Mavericks vs Utah Jazz series have reached the third game and the two teams enter Game 3 tied at 1-1. So, this will certainly be an exciting duel that you can watch online or on TV. Let’s take a closer look at Mavericks vs Jazz streaming options.

Game 3 of the Western Conference first round series between the Mavericks and the Jazz in the 2022 NBA playoffs will be played on Thursday at 9 pm ET. You can watch the game on NBA TV, but you can also check some of the best ways to live stream Mavs vs Jazz:

All NBA games in the regular season and the playoffs that are broadcast by ESPN can also be watch in form of a live stream on the ESPN app. However, you need to have a subscription for ESPN+, their live stream service, which costs $6.99 per month, if you don’t have an ESPN subscription already.

If you decide to go with NBA League Pass subscription, you will not only get to watch live NBA games, but also watch highlights of games, classic games from the league’s history, full-length game replays, NBA TV studio, and many other interesting things. The basic plan for this service costs $14.99/month, but keep in mind that blackout restrictions apply for live streams of NBA games.

If you are not just interested in NBA games, but you want to subscribe to a streaming platform that offers other types of content, Hulu + TV is a very good choice. They have a lot of great movies and TV shows, among other things. Of course, they also carry ESPN, ABC, and TNT, but not NBA TV.

This streaming platform carries ESPN and ABC, but you will have to pay additional prices if you want to add NBA TV to the list of channels as well. Their basic subscription plan costs $69.99/month, but you can take advantage of their one-month free trial before you decide to subscribe.

Dallas Mavericks vs Utah Jazz Game 3 Preview – Who Will Take the Lead In the Series?

After everything we’ve seen in the first two games of the Mavs vs Jazz series, the teams splitting the wins seems pretty fair. Dallas did have the home-court advantage in these games, but they played without Luka Doncic in both of them. The Slovenian phenom could be back for Game 3, but that’s not certain yet. Whether he plays or not will certainly affect betting predictions for this game.

Meanwhile, the Jazz enter the game as favorites, which is logical since they are healthy and hosting the game. But the Jazz didn’t look great in the first two games of the series, so Game 3 could go either way, especially if Doncic returns. 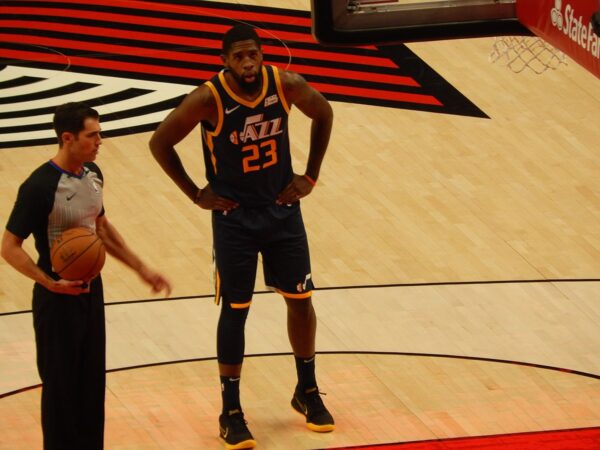 Common Questions and Answers for Mavericks vs Jazz Game 3

The game will be played at Vivint Arena in Salt Lake City, UT

The game will be played at 9 pm ET on Thursday, April 21st.

Dallas Mavericks and Utah Jazz are tied at one game each right now.

Utah Jazz is the favorite to win the game at -250 odds on money line.

Yes, you can watch the game on ATTSN-RM and Bally Sports SW-DAL

If you want to bet on Game 3 of the Dallas Mavericks vs Utah Jazz  series, check some of the top bookmakers you can join: