After Game 1 which the Suns controlled and won, the Mavericks will have to do much better if they want to tie the series before going to Dallas. Can the Mavs surprise us in Game 2 or will the Suns take a commanding 2-0 lead in the series? 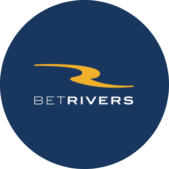 The first game of the Mavericks vs Suns series in these NBA playoffs ended with a confident win for the home team. Still, the Mavericks have some reason for optimism – Luka Doncic is playing amazing playoffs. The young superstar put up 45 points in Game 1 and if he gets some help from his teammates in Game 2, Dallas could hope for a win – or at least a closer game.

Meanwhile, the Suns were in control of Game 1 from start to finish and they notched their tenth win in a row over Dallas, which is the longest winning streak the Suns have against another team in the league. So, they will certainly enter Game 2 with a lot of confidence.

So, here are my picks and predictions for Wednesday’s NBA matchup between the Dallas Mavericks and the Phoenix Suns. 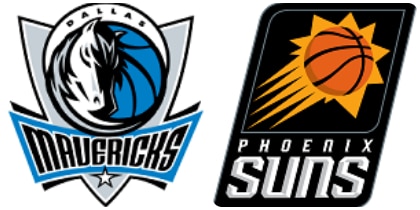 We were a bit surprised to see that the spread on the Suns hasn’t changed compared to Game 1, staying at -5.5 points despite the convincing performance by Phoenix in that game. Yes, the game ended with the Suns winning by just seven points, but Mavs cut their much bigger lead in garbage time.

Meanwhile, the points total has gone up a couple of points and it’s set at 216.5 total points for Game 2. This is expected since we saw 235 points being scored in Game 1 and we could’ve seen the total rising by another point or two as well. In any case, if you want to place a bet on this game, check our NBA playoffs parlay tips as well, or take a look at our daily NBA betting tips.

So, now that we covered some of the most important information about Game 2 of the Dallas Mavericks vs Phoenix Suns series, it’s time for us to share our top betting picks for this game:

Phoenix Suns showed everyone that they were the top seed in the league for a reason and the vice-champions of NBA took a lead in the series against Dallas with a convincing win in Game 1. Now it’s time for Game 2 in which the Suns are once again the favorites by 5.5 points.

While the Mavericks have Luka Doncic and that’s something that shouldn’t be overlooked, we expect the Suns to cover the spread once again in Game 2 and take a 2-0 lead in the series. After all, the Suns are on a ten-game winning streak against the Mavs and that fact alone will boost their confidence even further for the next game.

The first game between the Mavericks and the Suns in the Western Conference semi-finals ended with a total of 235 points being scored, which was way above the line set for total points by the bookies. We didn’t expect to see a high-scoring game either, so it was a surprise for us as well.

So, we stick to our guns when this prediction is in question for Game 2 – we expect the game to go under 216.5 total points. The reason lies in the fact that both teams are among the best ones in the league in defensive rating. The Mavericks were also the top defense of teh league in the last couple of months of regular season, so we expect a low-scoring Game 2 of the series.

The Slovenian phenom was amazing in Game 1 of the series, dropping 45 points to go with 12 rebounds and 8 assists. That’s not even a surprise anymore since Doncic has been great in the playoffs through his young career and we can see that being the case in Game 2 as well.

However, for the Mavs to capitalize on his great performances, other players need to do better, especially on the offense. So, we can see Doncic trying to include his teammates even more in Game 2, which should bring his assist total over 8.5 assists.