Over 47.5 Cowboys vs Jaguars

The Dallas Cowboys continue to fly under the radar and be one of the most underrated teams in the National Football League. It seems like people have a tough time trusting Mike McCarthy, and rightfully so, but even despite the doubters and the haters, America’s Team keeps on marching strong.

They’ll now face a beatable defense when they travel to Florida to face the Jacksonville Jaguars, a team that has vastly improved from Urban Meyer’s infamous tenure but that is still a couple of years and several pieces away from being the powerhouse they think they can be.

The Cowboys are still in the mix to clinch a playoff spot and are leading the Wild Card race. They may not catch up with the Philadelphia Eagles at the top of the NFC East, yet they can still make a statement ahead of the postseason with another major win against a team they should have no trouble getting past.

But the Jaguars have been resilient all season long. Even when they’ve gotten off to slow starts, they’ve fought their way back into games and are playing like a team that has nothing to lose because that’s the case. So, can they pull off an upset vs. a team that usually drops the ball? Let’s find out. 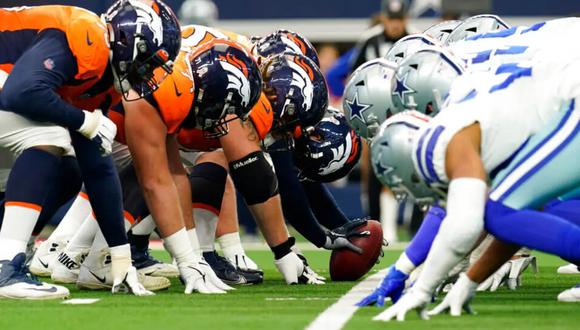 Tony Pollard: With Ezekiel Elliott running out of time to impress, Tony Pollard has taken over and been the most efficient running back for the Dallas Cowboys. He’s due for a payday in the off-season, so he cannot take his foot off the gas.

Trevor Lawrence: The sophomore out of Clemson has experienced plenty of ups and downs throughout the season. He either looks like a massive bust or the second coming of Peyton Manning; no in-between. You never know what version of him you’ll get every snap.

Week 15 Predictions: NFL Bet of the week on Cowboys vs Jaguars

The opening Cowboys vs Jaguars spread has the visitors favored by just a field goal, which seems suspiciously short right here. Maybe, they’re expecting Mike McCarthy to overlook this beatable rival and focus ahead to next week when they’ll have to face the division-leading Philadelphia Eagles.

But even if that’s the case, we’re talking about a Cowboys team that’s still 10-3 for the season. Their three losses came in the very first week, and then against the Eagles and against a desperate Green Bay Packers team that craved a win to salvage their season.

The Cowboys have been a steamroller, more often than not, a team that’s not looking to take the foot off the gas. Also, they’re coming off a dismal performance vs. the Houston Texans, so they need to boost team morale, and a loss to the Jaguars would do exactly the opposite.

These guys are mostly healthy ahead of this game on both ends of the gridiron. The Jaguars should pose a threat every couple of drives, but they lack the consistency to bode an actual challenge against the 10-3 Cowboys. This could get ugly pretty quickly.

The opening Cowboys vs Jaguars odds have this game total sitting at just 47.5 points, which is kind of surprising, all things considered. Doug Pederson’s team isn’t known for its defense by any means, and the Cowboys have been a wreaking ball on offense.

Over the past month, the Cowboys have scored 40, 28, 54, and 27 points. In fact, they’ve only scored fewer than 20 points twice this season, both in losses. Even in their heartbreaking loss to the Packers, they managed to put up 28 points.

The Jaguars are middle of the pack offensively, but they still average 22.6 points per game on their own. They have some solid playmakers in Christian Kirk and Travis Etienne Jr., who are perennial big-play threats on the open field.

Also, it’s not like they’ve failed to move the chains over the past five games or so, as they’ve scored 27, 17, 28, 14, and are coming off a 36-point effort over a tough divisional rival like the Tennessee Titans. Looking at these numbers, we expect a 33-24 kind of win for the Cowboys.

FAQs about Cowboys vs Jaguars

The Cowboys are in the playoffs right now, while the Jaguars aren’t eliminated yet.

No, the Cowboys play in the NFC, and the Jaguars in the AFC.

Check out our player props page to get the best prop bets for the week.