China is Building Esports Towns and Betting Big on Them

The idea of an esports town might sound a bit strange, especially because competitive gaming is mostly perceived as a home-based activity. However, in China, a couple of serious projects are underway that aim to create entire physical communities focused on nothing more than esports, in all of its shapes and forms. Could this work for both the global esports community and the Chinese cities that are supporting their development? It could, but the picture is far more complex than it initially appears.

Hangzhou is a major city on the Chinese mainland which is no stranger to tourism and large visitor numbers. Now it managed to upgrade its hospitality offer by creating an entire esports town. This complex was opened for the public on November 16 and previously saw an investment of $280 million for its creation. Aside from the city, this venture is supported by Allied Gaming (a global company that runs physical esports arenas) and LGD Gaming (local sports organizations). While this might sound like a publicity gimmick, the actual specs of the location show that it is anything but.

The town covers an area of almost 4 million square feet and includes a range of objects, apart from gaming arenas and housing for esports players. Hangzhou expects over 10,000 professionals to come to the town, while LGD revealed that its League of Legends team would be housed there. The city also plans to expand their esports hospitality offer by adding 14 new facilities over the next five years. According to Hangzhou officials, $2.2 billion will be spent in that period on a theme park, esports-themed hotel, and an esports academy. The city even plans to build a hospital dedicated to esports injuries and their treatment.

Additionally, Hangzhou is the home of the Overwatch League expansion team, the Hangzhou Spark.

Naturally, there is no big movement in China's gaming space without Tencent. Tencent is planning to soon open its esports city in Wuhu, China. It too will feature facilities like an esports theme park and an esports university. It, just like Hangzhou, is apparently racing to establish itself before the Asian Games in 2022. Here, esports will be an official event after they were an official demonstration sport this year. One can expect that not only Wuhu and Hangzhou's towns will be open at that point, but at least several others locations will be operational as well.

Business Side of the Story

Both companies like Tencent and cities like Hangzhou are pouring vast amounts of money into these ventures. However, the truth is that a profit can be expected only if they branch out into the business side of the industry. This means attracting companies to develop games and esports services has to be as big of a priority as attracting players. Later, it will become the critical factor – these business entities are the ones that will pay taxes and allow all of these ventures to become profitable. Otherwise, they are merely subsidized by their hosts, and this will end sooner or later.

The problem of attracting businesses is multi-faceted. Game development companies, esports management firms, monetization startups and other ventures in the esports domain are looking for government incentives, but more than that, they want access to employee talent. Currently, the same ability, especially when it comes to game developers who understand the global marketplace is mainly in Europe, North America and a handful of other regions.

China does have a booming development scene and certainly has plenty of esports talent, but right now, not enough potential for its game development or esports business ventures. This is why Chinese companies are branching out (towards the previously mentioned regions, as Tencent's ongoing buying spree of international game development studio shows). The local resources are currently more or less tapped out. Because of this, the challenge for Hangzhou and other host cities will be to find game development companies that want to settle and stay for a long time in their future esports towns. 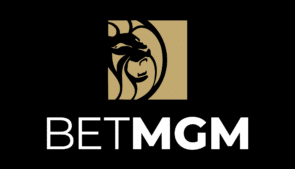