The Boston Celtics will look to put the Golden State Warriors against the ropes when they host them for a must-win Game 4 at the TD Garden. Can Steve Kerr’s team even up the series and reclaim homecourt advantage? Let’s find out! The Golden State Warriors (65-35 SU) and (51-46-4 ATS) need to get back to work. The NBA Playoffs spare no victims and they’re not used to being against the ropes, so they can’t afford to drop another game on the road.

The Boston Celtics(65-38 SU) and (58-43-2 ATS) have proven that their late-season success wasn’t a fluke. They’re playing gritty, physical defense and their offense has been efficient and well-balanced, giving the Warriors hell even if Jayson Tatum’s shot isn’t falling.

Stephen Curry is having one of the best series of his NBA career but he’ll need more help from his supporting cast. Draymond Green fouled out after putting up just 2 points in 35 minutes in Game 3, and that’s not going to get the job done.

Ime Udoka’s squad made the most of their size advantage in the paint, with Al Horford often switched onto Curry and either hammering the rim or finding the open guy in the perimeter. Now, it’ll be up to Steve Kerr to make the needed adjustments to keep his team in contention. 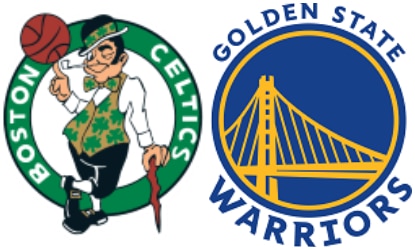 The Boston Celtics are favored by 4.5-points for this game. This shouldn’t come as a surprise considering they just beat the Golden State Warriors by 16 points and led by as many as 19 in Game 3. They’re a much better team at home than on the road.

When it comes to the Over/Under, oddsmakers have set the game total to 214 points, which is slightly low by today’s standards. But then again, it sure makes sense as these teams haven’t pushed up the pace that much and focus more on efficiency than volume shooting.

Well, this is the moment you were all waiting for. In the following paragraphs, we’ll share our top picks for this must-watch game between Boston Celtics and Golden State Warriors. Also, if you’re interested in getting an in-depth look at more playoff-related information, don’t hesitate to visit our NBA Picks and Daily NBA Parlays sections!

The Golden State Warriors know they can’t afford to drop another game. Ironically, the only team to come back from a 3-1 deficit in the NBA Final was the 2016 Cleveland Cavaliers, a team who beat them. But they won’t want to replicate their heroics and make NBA history, as the margin for error would be pretty close to none.

The Warriors blew the Celtics out in two out of three games and proved that they can dominate them on both ends of the floor, but their effort has been inconsistent. They should be up 2-1 in this series but now are in a tough predicament. That’s why we expect them to bring their A-game from the jump ball and even up the series with a win at TD Garden.

The Boston Celtics are undefeated in the postseason when scoring at least 108 points. They know they need to get to their spots if they want to be in a position to win, and Game 3 showed they can run up and down the court and won’t hesitate to take quick shots if there’s a mismatch, especially given their size advantage in the paint.

The Golden State Warriors need to get back to their motion offense and start sharing the wealth to even up the series. They settled for way too many contested jump shots and took many shots late in the possession. That’s never been their style and has never worked for them, so we expect them to push the pace, keep the ball moving, and find quality shots all night long.

Historically, Klay Thompson has gotten off to slow starts in the NBA Finals, averaging roughly 15 points in Games 1 & 2 and then 22+ in the remainder of the series. He already had his best game of the series in Game 3 with a 25-point outing and we expect him to stay as aggressive in the next matchup. Thompson can get hot in the blink of an eye and his three-point shooting will be key to keeping the Warriors alive.