The Buffalo Bills will look to continue their good season when they face an already eliminated Chicago Bears team that has a little-to-no motivation to even compete this time around. They’re thinking of the NFL Draft, and rightfully so, as they could be looking at another top-notch pick.

The Bills have looked like the best team in the AFC during stretches, but inconsistency and injuries have taken a toll on their performances as of late. And with the Kansas City Chiefs breathing on their necks, they simply cannot afford to drop the ball against teams they were supposed to beat.

The Chicago Bears looked competitive during a brief period of time. However, they were simply unable to hold on to their leads or complete their comebacks. Their offense has taken a major leap forward this season, and so has Justin Fields.

But other than that, there aren’t all that many reasons to be satisfied with this season if you’re a Bears fan. The team made some nice moves to bolster the offense, and they could be a solid team somewhere down the line, but they’re still a way away from that. 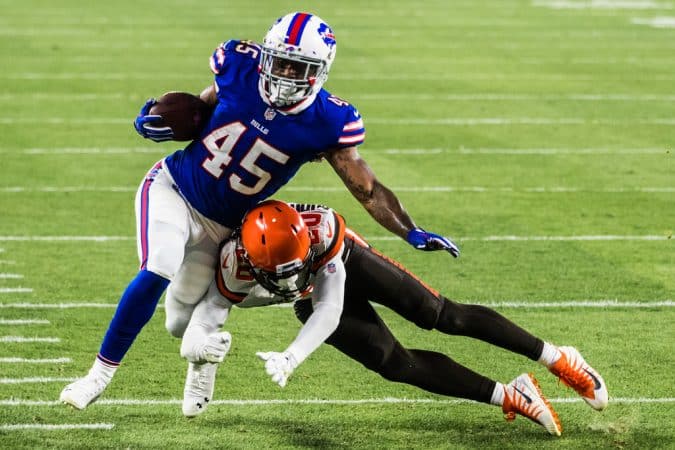 Josh Allen: Josh Allen entered the season as the leading MVP candidate, but an injury held him back. Still, there’s no denying that he’s one of the finest gunslingers in the league, arguably the one with the strongest arm.

Justin Fields: Justin Fields looked like the best QB in his class until Trevor Lawrence’s recent surge. Still, he failed in the clutch and needs to work on his accuracy if he wants to convince the Bears he’s their guy.

Week 16 Predictions: NFL Bet of the week on Bills vs Bears

The opening Bills vs Bears spread have the visitors as 9.5-point favorites ahead of this Saturday afternoon game, which, honestly, makes perfect sense. We would be talking about a two-touchdown difference, at the very least, if this game were to be played in the state of New York.

As we already mentioned, the Chicago Bears have no business putting in a solid effort in this game. They’ve already been eliminated from playoff contention, and there’s literally zero incentive to try and play spoiler and mess up their chances in the upcoming NFL Draft.

While that doesn’t mean Justin Fields won’t try and compete and play as hard as he can, we’re talking about a team that would be better off just losing this game. More than that, even if they tried, they just don’t have what it takes to keep up with the Buffalo Bills’ explosive offense.

We expect the Bills to try and get in perfect sync ahead of the postseason, putting a lot of pressure on Fields on every dropback. More than that, Stefon Diggs should have a feast against the Bears’ shaky defensive backs, boding well for a blowout in this game.

The opening Bills vs Bears odds have this projected game total sitting at just 40.5 points, which seems mind-boggling, to say the least. The Bills boast one of the best, most explosive offenses in the National Football League, so it wouldn’t be shocking to see them top this total on their own.

The Bills need to make the most of this chance to gain some momentum ahead of the playoffs. They need to boost the morale and send the rest of the league a message now that some believe the Chiefs are actually the team to beat in the AFC, even ahead of them.

Also, we’re talking about a game that could get out of hand by the end of the third quarter. That leads the door wide open for several big plays in garbage time as the Bears look to put up some points and avoid a humiliating blowout loss, at least not to look so bad.

FAQs about Bills vs Bears

The Bears are, while the Bills aren’t.

Yes, and you can get them on our NFL picks today page.