The Golden State Warriors have turned things around winning the last two games of the 2022 NBA Finals series, taking a 3-2 lead over the Boston Celtics. The Celtics now are going into their last home game of the NBA Playoffs with their back against the wall and will have to get the “W” in order to stay alive in the NBA Finals series. It’s been 14 years since the Celtics won their last NBA championship and if they win on Thursday night, they will keep the dream alive to lift their 18th championship banner. The Warriors definitely have the momentum after back-to-back double-digit victories and will have a chance to get the job done in TD Garden.

For a detailed analysis of Warriors vs Celtics odds of Game 6, check out our NBA prediction article on the Warriors vs. Celtics Game 6 of the NBA Finals.

Use BetMGM Promo Code WEBPLAY for Warriors vs. Celtics Game 6

BetMGM offers a great opportunity you should not miss for a risk-free first bet matched up to $1,000 for new customers. You can use the BetMGM Bonus Code WABPLAY to place a bet on the NBA Finals Game 6 between the Golden State Warriors and the Boston Celtics. All you need to do is go to the BetMGM website, sign up with your details and you are all set. Before placing a bet make sure you look at our NBA daily expert picks and get all the information you need for the upcoming games. 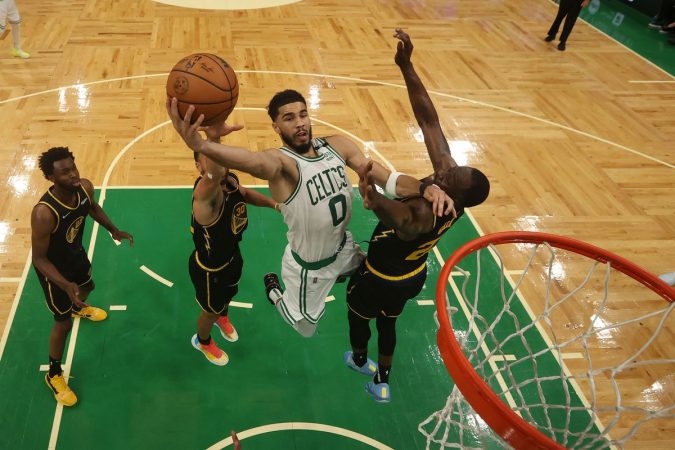 Refer a Friend: You and your friend can get $50 cash as a referral bonus

Do you have friends who are excited about the NBA Warriors vs. Celtics Game 6?

Invite them to join BetMGM and you can both receive a cash bonus!

Send your friend a Refer A Friend invitation through email, social media or text. Once your friend signs up, gets verified and meets our basic wagering requirement, you’ll both receive a $50 cash referral bonus!

You can refer up to 20 friends, so start spreading the word and get your whole crew ready for the Golden State vs. Boston NBA Finals game 6!

Wondering how to refer a friend?

Important note: In order to fully qualify and receive any bonus from the Refer a Friend promotion, friends you refer must sign up for the same BetMGM state app you use. If they create a BetMGM online account on a different state/jurisdiction, neither you nor your friend will qualify for any bonus from that referral.

Warriors vs. Celtics Game 6 Prediction and How to Watch

Both of the Golden State’s losses in the NBA Finals series came because of the Warriors poor fourth quarter performances and they made sure they do not repeat the same mistake in Game 5. The Warriors had a 12-point lead at halftime and the Celtics managed to cut that to only 1-point deficit entering the final quarter. The Warriors then took their game to another level and took care of business in the last period for a final 104-94 Game 5 win.

Now the Warriors will travel to Boston with a chance to close the series on Thursday night and win their first championship since 2018. Another reason why Game 5 is so important for the Warriors is the fact that Steph Curry did not have a great shooting night and the rest of the team stepped up and covered for their superstar. Curry missed all of his nine three-point attempts finishing with 16 points. Andrew Wiggins was the man who took care of scoring with 26 points followed by Klay Thompson who had 21.

It is hard to believe that the Warriors will have any chances to win without Curry scoring at least 25 since the Celtics are ready to respond in Game 6. Jayson Tatum has grown into a real superstar this season and will have another chance to prove that on the biggest possible scene. The Celtics are 4-point favorites going into Game 6 and they will find a way to cover it and send the series back to the Bay Area for the decisive game.

Game 6 of the NBA Eastern Conference Finals series will be televised on ABC and there are also other ways how to watch Warriors vs. Celtics Game 6.

Check out the offers from the best sportsbooks.