Bet on Dallas Mavericks vs. Golden State Warriors with BetMGM

The Dallas Mavericks avoided the sweep against the Golden State Warriors with a 119-109 win in Game 4 of the Western Conference Finals. Now the Mavericks must find a way to win on the road to extend this series another game this Thursday night at 9:00 p.m. ET on TNT.

Dallas’ strategy of shooting a high volume of threes finally paid off as the Mavericks were hot early and led by as many as 29 points before Golden State’s bench made things interesting for a brief moment in the fourth quarter. But Luka Doncic got more help than Steph Curry this time as the Mavericks were able to hang on for the win.

However, Golden State is still a 7-point home favorite in Game 5. You can bet on this game or any other game in the NBA playoffs at BetMGM using our promo code, which is explained below. How to Get the BetMGM Promo

New BetMGM customers can get up to a $1,000 risk-free bet after starting their account using our BetMGM promo code WABPLAY. The process is simple to follow: 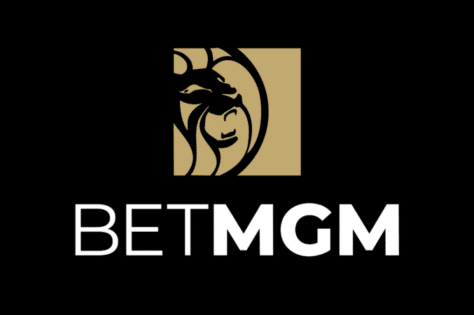 Other Promos for BetMGM Users

This has been one of the worst NBA postseasons in recent memory for getting a close game, but just in case we get one, BetMGM has an interesting offer for existing users to turn a tough loss into a win. You can receive overtime insurance for your moneyline picks this NBA postseason. If the team you bet to win loses in overtime, you can get your stake back in free bets up to $25. The process is three steps to follow:

This promotion is eligible for all NBA playoff games. The free bet must be used within seven days of receiving it. The free bet is non-withdrawable funds, and it is not included in any future winnings. Wagers of more than $25 that lose in overtime will still yield a maximum free bet of $25.

This BetMGM promo is available to new and eligible customers. Only pre-game straight bets and parlays qualify.

Dallas shot at least 50% from the field for only the second time this postseason. The Mavericks are now 15-1 this season when they make at least 18 threes. The only loss was that 19-point blown lead in Game 2 of this series, which looms large with the Mavericks still down 3-1.

But we know the Mavericks are still going to fire up the threes and get production out of Luka Doncic. It will be up to the supporting cast of role players (Reggie Bullock, Dorian Finney-Smith, and Spencer Dinwiddie) to step up their game on the road. The Warriors are a tough out at home where they shoot and rebound so much better. Game 4 was the first time this series where the Warriors did not win the rebound battle as Dallas edged them out 45-42. That was a big part of Golden State’s 3-0 lead, especially on the offensive glass. But the easy putbacks, dunks, and layups did not come as often in Game 4 as earlier in the series.

The Warriors are nowhere near panic mode, but the starters have something to prove after a weak Game 4 performance. Remember, it was Jonathan Kuminga (17 points) and the bench who cut the 29-point deficit to eight points late in the game. Once the starters came back in for the final minutes, Dallas rolled to a comfortable victory. Look for a better effort out of Curry, and Klay Thompson has yet to have a breakout game in this series.

We made our predictions for Game 5 here. Thursday’s 9:00 p.m. ET tip can be seen on TNT. You can read about the various streaming options for Mavericks vs. Warriors as this series could be coming to an end should the Mavericks lose on the road again.