The bonus code USBET can be used during registration but does not change the offer amount in any way. Note that it is entirely optional to enter a bet365 bonus code when you register.

***Applies to pre-game straight bets and parlays (including all options) on the Money Line market for any NBA game up to and including June 19th 2022. Bet restrictions and T&Cs apply. New and eligible customers only.

Bet on Golden State Warriors vs. Memphis Grizzlies with bet365

The Memphis Grizzlies kick off the second round of the playoffs at home against the Golden State Warriors this Sunday afternoon at 3:30 p.m. ET. The Grizzlies used another big comeback in Minnesota to close out the Timberwolves in Game 6 on Friday. The Warriors were able to eliminate the Denver Nuggets in five games.

The Grizzlies were 3-1 against the Warriors in the regular season, though neither Steph Curry nor Ja Morant took part in the last meeting a month ago. Both are back for the playoffs and ready to lead their teams in an exciting series between two of the best defenses and teams in the NBA this season.

Golden State is a 2.5-point road favorite in Game 1, though the Grizzlies were the best team in the NBA at covering the spread at home and overall this season. You can bet on this game or any other game in the NBA playoffs at bet365 using our promo code, which is explained below. How to Get the bet365 Promo

New customers at bet365 can get $200 in free bets if they use our bet365 promo code when registering. After opening your account, you must deposit at least $10 and place a bet of at least $1. Once completed, $200 in free bets will be added to your free bets credit once the wager is settled. Then you simply select “Use Free Bet Credits” in your bet slip to take advantage of the offer. 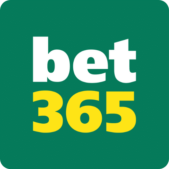 Other Promos for bet365 Users

For existing customers at bet365, there are daily odds boosts for various sports. But something specifically nice for bet365 users is the NBA Early Payout Offer promo. For the rest of the playoffs, any moneyline bet on a team that takes a 20-point lead will be paid out as a winner, even if that team fails to win the game.

The Grizzlies already have one 20-point comeback in this postseason, erasing a 26-point deficit in Minnesota in Game 3. So, if that were to happen again and you bet on the Warriors to win, you would still win your bet. That’s nice to know. If you have the team’s moneyline as a leg on a parlay, then that leg will be marked as a win as long as the team led by 20 points at any point in the game.

Only pre-game straight bets and parlays qualify. This bet365 promo is available to new and eligible customers.

This series should be a great test for both teams. The Warriors will have to get great shooting, especially from three-point territory, out of their excellent trio of guards. The Grizzlies prefer to attack the basket as no team had a higher percentage of points in the paint (49.8%). The Warriors allowed the fifth-fewest points in the paint per game (43.9) in the regular season according to NBA.com.

Klay Thompson only faced the Grizzlies once this season, and that was his second game back after a long recovery from injury that started in the summer of 2019. The Warriors are healthy coming into this game. Minnesota gave the Grizzlies a lot of problems but failed to hold double-digit leads. The Warriors are less likely to blow such leads in this series, so Memphis is going to have to play better than that.

We made our predictions for Game 1 here. Sunday’s 3:30 p.m. ET tip can be seen on ABC. Check out the various streaming options for Warriors vs. Grizzlies.