Over 41 Bengals vs Patriots

The Cincinnati Bengals will look to secure their division when they visit Foxboro for a clash vs. the New England Patriots. Bill Belichick’s team will hope to regain some momentum after suffering one of the most humiliating losses in NFL history vs. the Las Vegas Raiders.

Needless to say, the lifelong coach will demand top-notch effort from his players after that low-IQ final play that cost them a must-win game. That’s why some expect the once-terrifying Patriots to pull off the big upset at Gillette Stadium.

However, the Bengals once again look like one of the teams to beat out of the AFC. Their offensive line is finally coming together, and they look as good — or even better — as they were last season when they punched their ticket to the Super Bowl.

Mac Jones has been evidently frustrated with Matt Patricia’s terrible offensive playcalling, and it’s clearly held their team back. So, it remains to be seen if their overly-conservative schemes will be enough to get the job done vs. a legit contender. 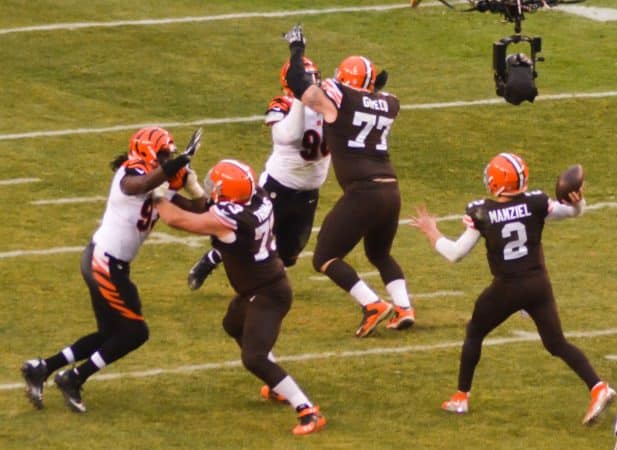 Ja’Marr Chase: We’re privileged to live in this era. It seems like there are five or six guys who could legit have a shot at being the best wideout in the NFL, and Ja’Marr Chase belongs in that conversation. He’s a big play waiting to happen on every route.

Rhamondre Stevenson: Rhamondre Stevenson has been the New England Patriots’ sole steady offensive contributor this season. He’s been limited in practice all week, and his absence could be a deadly blow for a Pats team that just can’t move the chains.

Week 16 Predictions: NFL Bet of the week on Bengals vs Patriots

The opening Bengals vs Patriots spread has the visitors favored by a field goal. That’s another sample of how much oddsmakers and the public respect Bill Belichick, even though there’s no evidence that could make us think that this team could hang on.

The Cincinnati Bengals are fresh off embarrassing Tom Brady and the Tampa Bay Buccaneers. The New England Patriots couldn’t get past the inconsistent Las Vegas Raiders and gave the game away in the final play when they had the win on the bag.

Joe Burrow’s team is sitting on a 10-4 record and is still looking to clinch their division, whereas the Patriots are barely hanging onto the hope of clinching a Wild Card berth. These teams simply aren’t on the same tier in terms of competitiveness.

The Bengals have beaten legit contenders this season. They’ve scored 42, 37, 20, 27, 23, and 34 during their six-game winning streak, with their offense looking better by the day. The Patriots will be overmatched and over their heads in this game.

The opening Bengals vs Patriots odds have this game sitting at just 41 points, which could be due to inclement weather conditions. However, it also speaks volumes as to how incompetent Matt Patricia has been in charge of the Patriots’ offensive playcalling this season.

But if Rhamondre Stevenson is unable to suit up, or if the Cincinnati Bengals get up early in the scoreboard as expected, they’ll have no choice but to let Mac Jones cook and sling the football down the field. He’s hungry and eager to prove that he can be that guy.

The Bengals boast one of the most explosive offensive corpses in the league, even despite their often-conservative playcalling. So, Tee Higgins, Tyler Boyd, Joe Mixon, and Ja’Marr Chase will keep the Patriots’ defense guessing and missing tackles all day long.

It wouldn’t be crazy to think that this Bengals team is more than capable of putting up 28+ points against Bill Belichick’s defense. Mac Jones and the Pats will look to play catch up and could also get to the endzone twice or three times.

FAQs about Bengals vs Patriots

They both can make the playoffs.

Yes, get our expert picks and parlays on our NFL picks today page.

You can find them on our NFL odds page.

Find out on our player props page.