Fortnite’s latest patch is now live in-game for players to experience—and it comes with a lot of exciting changes. Patch v17.40 is the fourth significant update of Chapter 2 – Season 7, which required a brief downtime as Epic finalized everything. Many are calling emerged mere hours later one of the best updates of the season.

To touch on a one critical change, the alien invaders have abducted Coral Castle into the Mothership. Epic also unveiled the new “Imposters” game mode. There’s a lot to break down, so join ESTNN as we highlight what’s new in patch v17.40.

In preparation for the update, downtime will begin at approx. 04:00 AM ET. Matchmaking will be disabled approx. 30 minutes before. pic.twitter.com/9wWMHkPeuJ 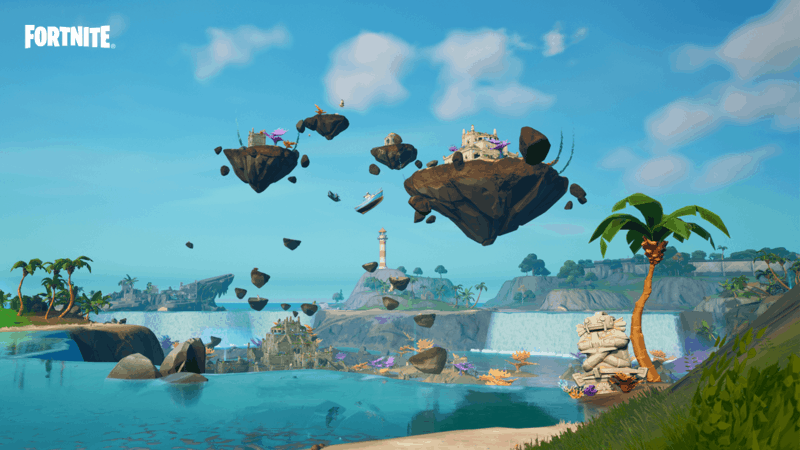 Coral Castle has started its abduction process into the Mothership. Following Slurpy Swamp, leakers and others within the Fortnite scene theorized that Coral Castle would be next on the list—much to the delight of many. That prediction has come to fruition. While some of Coral Castle still remains, it’s a shell of its former self. Players can find much of the polarizing POI’s remnants in the Mothership.

“As with Slurpy Swamp during its abduction, head to Coral Castle to battle in the Mothership’s low-gravity tractor beam — hopping from one uprooted part of the POI to another.”

A la the hit game “Among Us” that struck the gaming scene last year, Epic introduces “Imposters.” The developers did some testing quite a few months ago with a similar game mode. Players would venture around a map, complete tasks and the “imposters” would eliminate others. Now, there is a full-blown game mode dedicated to this concept.

“In Impostors, players will take on the role of Agents or Impostors stationed at The Bridge. Complete Assignments like calibrating llamas and delivering Storm reports, but keep an eye out for anyone untrustworthy, because the Impostors will be sabotaging and eliminating anyone in their path. Report any dubious behavior and vote out who you think’s an Impostor, but be careful not to choose incorrectly.”

Imposters is now in-game for players to try. Epic officially revealed yesterday that Wonder Woman of the DC Comics universe would join Fortnite. The Princess of Themyscira is due to release on August 19, and the developers are preparing for her arrival. Epic is also hosting a Wonder Woman Cup on August 18, where players can win a free cosmetic outfit and back bling for free.

Several cosmetics and professional player bundles were revealed during the Fortnite server downtime. Veteran players Saf and Bizzle will have their own collections in the Item Shop. Additionally, several skins, including a reactive set and new Galaxy outfit, appeared in the tweet above from HYPEX tweet.

Here are all the bug fixes from patch v17.40l

For a complete set of patch notes, visit Epic’s latest blog post. In that post, Epic also revealed the return of “Wild Weeks,” an event that occurred last season. Stay tuned for more on that! 7 Best CSGO Smokes That You Need to Learn — And Why