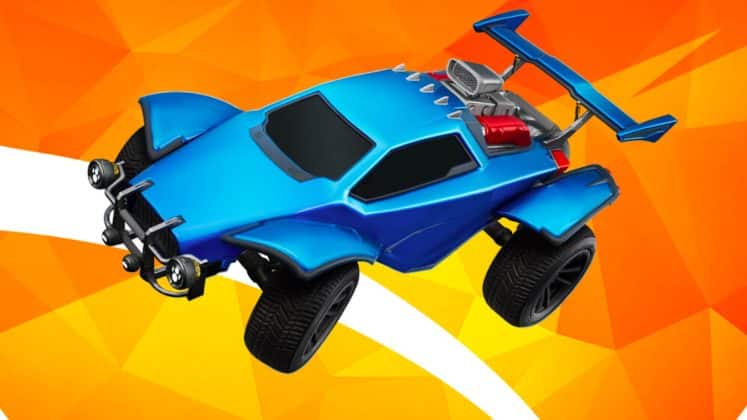 The latest update has come today, here is everything new in the Fortnite V22.40 patch!

This week we got the news that Chapter 3 is ending sooner than expected, but there’s still a fair bit of content left for the game. The Fortnite V22.40 Patch notes have hit, with quite a few new features coming to the game. There’s a new vehicle with some exciting features, returning items, LTMs, and changes to the general map for the game.

This latest update has definitely blown the idea that we’re on the downside of the season away. There are loads of new quests, content, and plenty of reasons to be jumping in before we move onto the next Chapter. This latest update brings back some of the most chaotic and fun items that Fortnite has had. That’s with map changes and questlines for free cosmetics. This is everything that’s changed with the Fortnite V22.40 update. 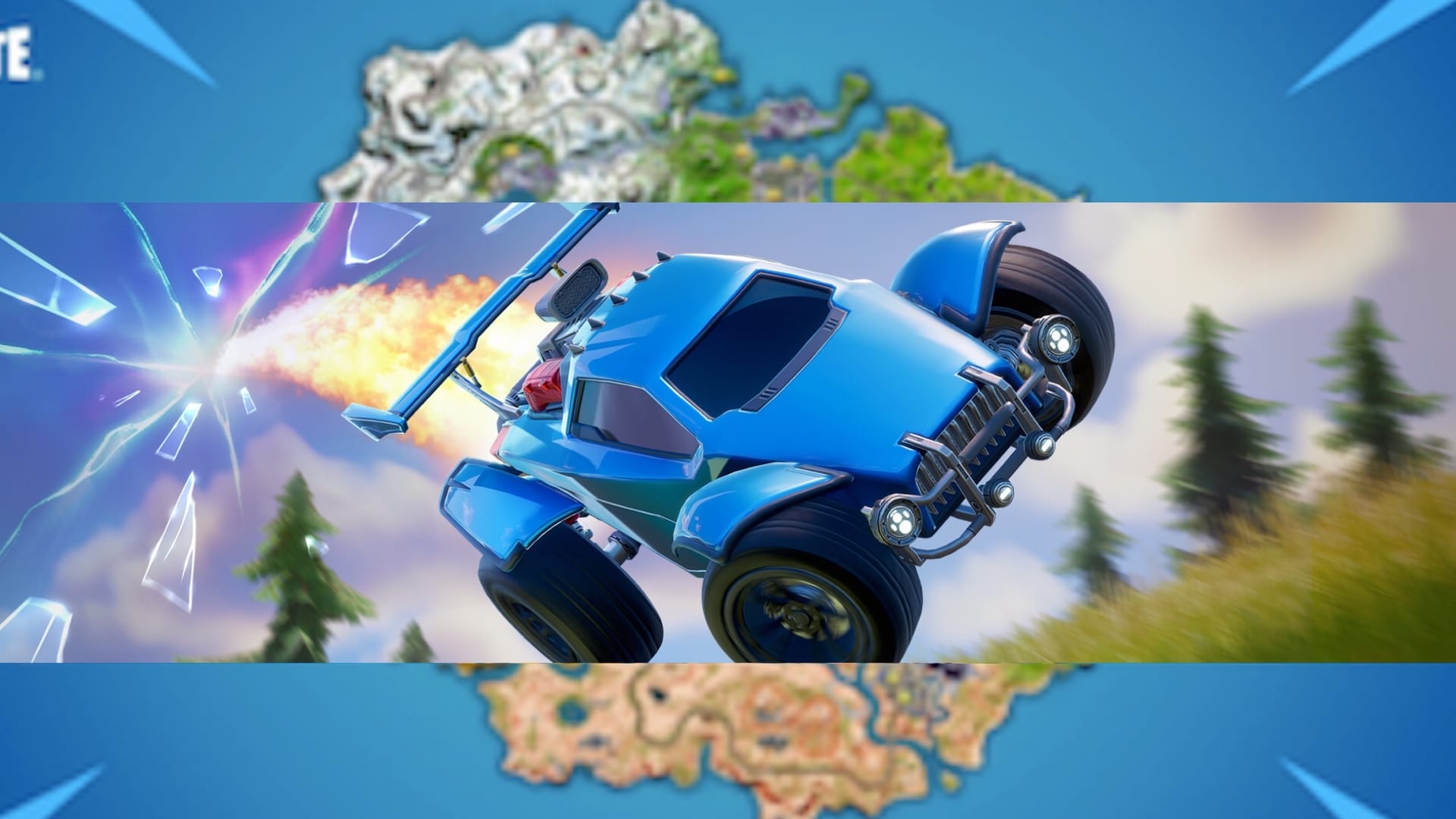 The big update for the Fortnite V22.40 patch notes is the Octane car. This Rocket League vehicle is making an appearance in the game. This is the first new vehicle we’ve had in quite a while, or returning the vehicle in some ways. Although, it’s had loads of changes. There’s a lot that makes this car stand out from the others.

The Octane vehicle has rocket boosters, as it did previously, a higher speed than other cars, but more mobility. This car can jump, it can double jump, it can glide, and it can even drive on walls. This is really going to open things up, and you’ll be able to stomp through the map with these mobility options. In more dense POIs like Tilted, you can cause some real chaos driving up on the walls.

This is a fun change to the vehicle balance. The Octane is active in Builds and Zero Build Fortnite, and apparently optimized for both. 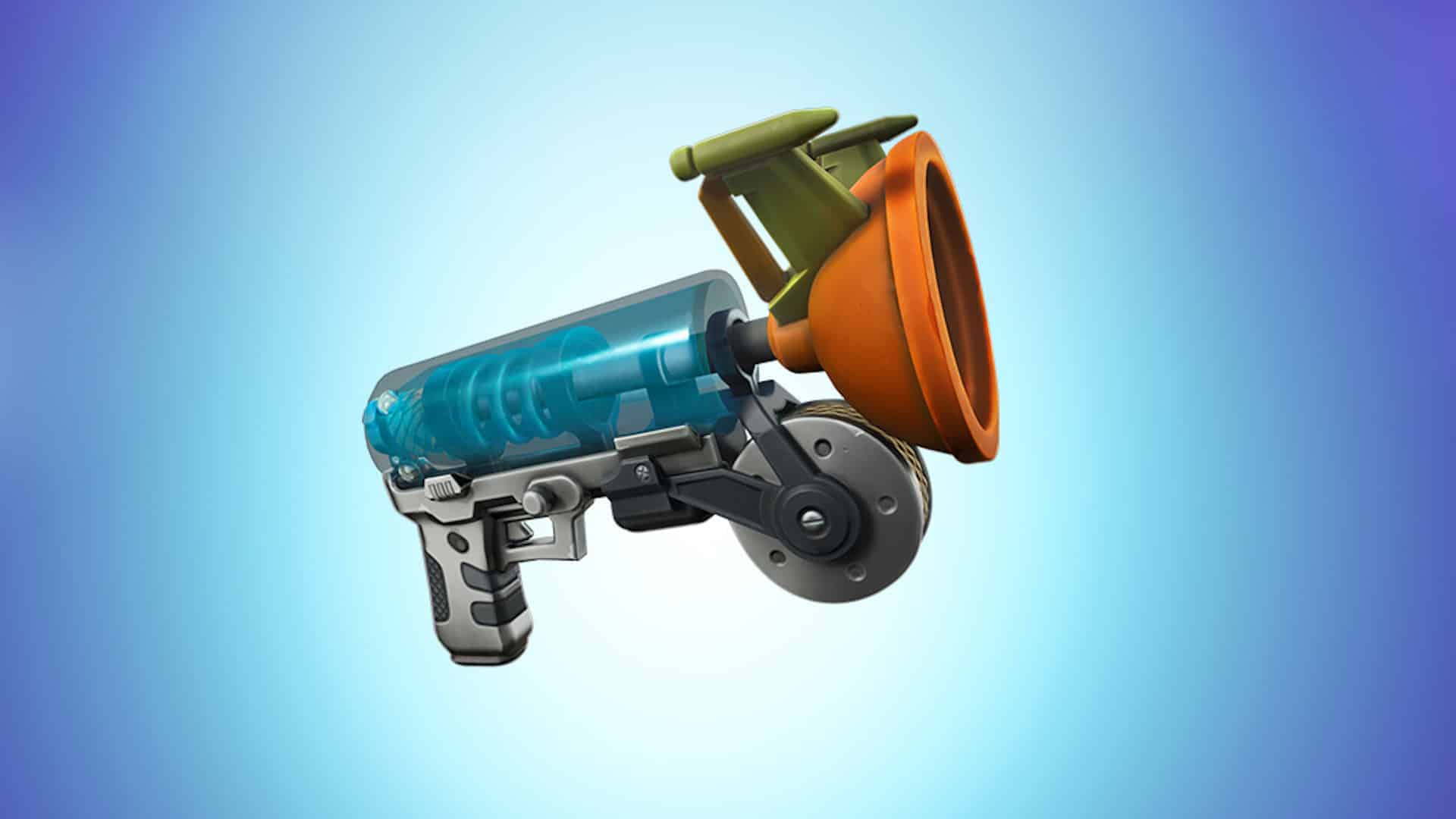 The Grapple Glider is an interesting item that we haven’t seen in a while. It’s been brought back in the Fortnite V22.40 patch notes.  This is a combination grappler and glider redeploy. You can grapple and swing towards something before deploying your glider to reposition. This item is great for mobility, in both fights and general rotation.

The Grapple Glider has limited charges this time around. You can find it in chests, chrome chests, and supply drops. There are loads of them mixed around, so you should be able to find some up in your games.

The Big Battle LTM is making a comeback with the Fortnite V22.40 update. This is a game mode where there are 40 players to a team. The match starts with the storm on the first circle, and you already have basic loot set up. There are some changes this time around, though. This is now a Zero Build LTM. 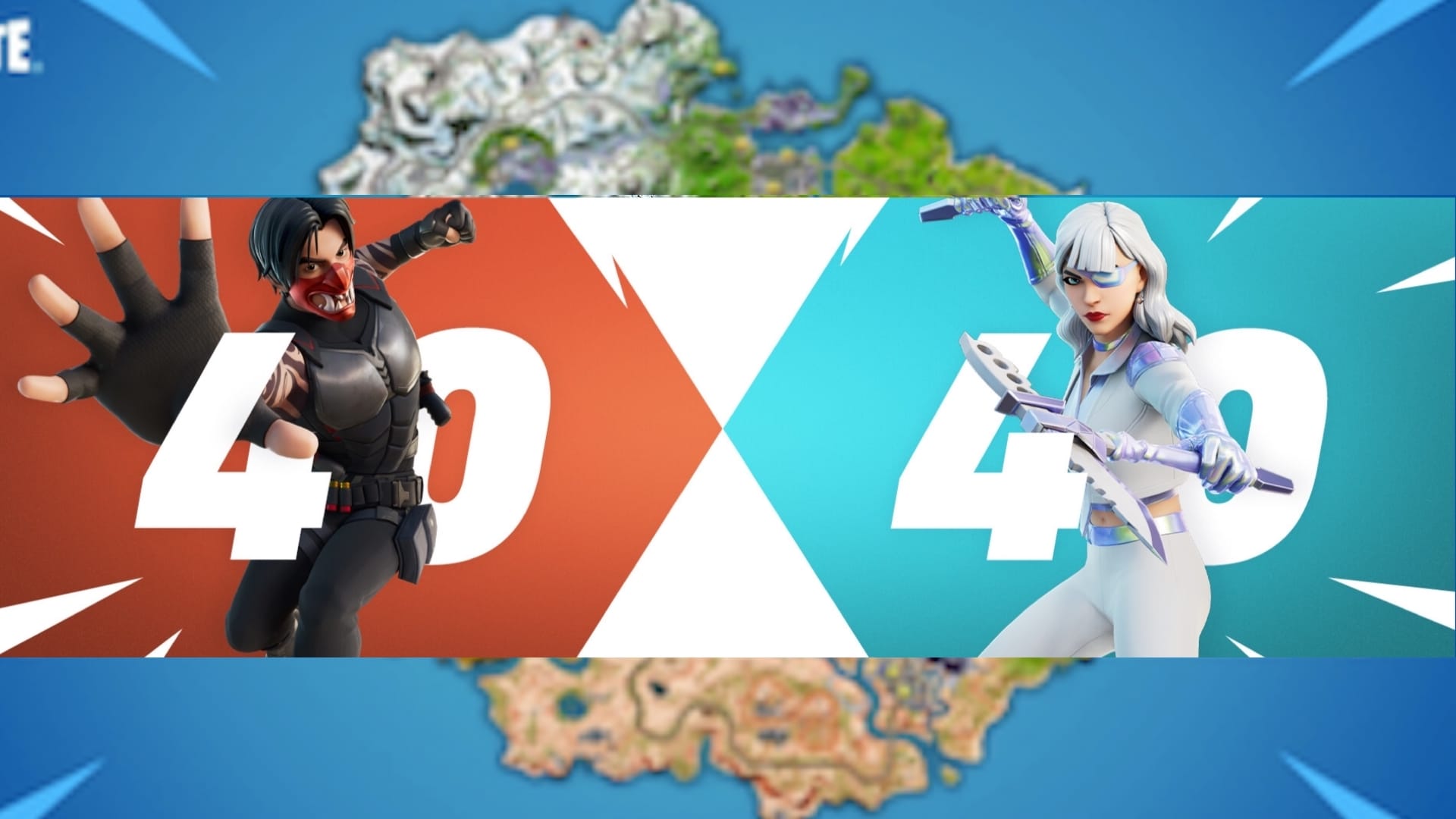 In the past, this mode often boiled down to a huge build mess. This new version of 40-v-4 or big battle is going to be an interesting change. A version with higher-tier loot is also going to be available as Big Battle.

Battle Labs is a way to mess around in-game without having to set-up a whole creative space, but it’s going away. It’s now been replaced as the Battle Royale map becomes a starter island in the last major patch. Battle Labs will be disappearing with this change.

Outside of being redundant, this might have something to do with what’s coming soon. Fortnite is getting a Creative 2.0, at least if the Fortnite Chapter 4 leaks are anything to go by. It looks like the entire creative experience might be changing up, so things like battle Labs might not be needed anymore.

The use/interaction button is becoming its own icon on Mobil. Fortnite isn’t the biggest mobile Battle Royale after it got discontinued on a lot of devices, but anyone still playing will get this change.

The Octane isn’t being included in the Competitive playlists. There isn’t anything huge for the rest of the season planned in tournaments. However, this will stop cash cups and any last-minute events having wall-crawling cars as part of the mix. 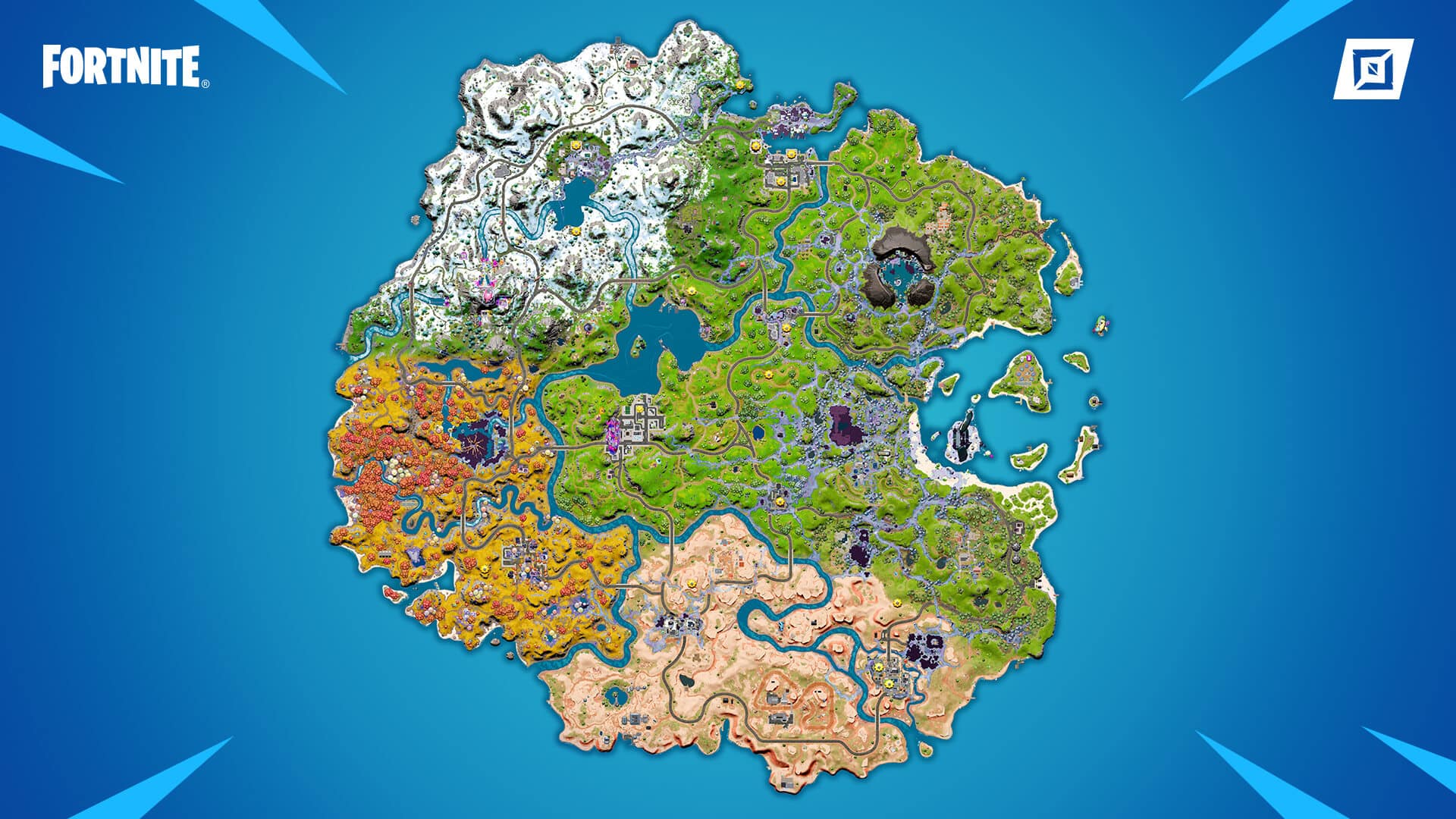 While it isn’t part of the official Fortnite V22.40 patch notes, there have been some map alterations with the recent update. The Chrome has continued to spread. This time its Fortnite’s most iconic POI, Tilted towers that are going to change. This spot has changed into Tainted towers.

It doesn’t have too much changed in the POI itself yet. This might be one of those changes that is activated outside of updates, with the new version hitting files in the Fortnite V22.40 patch but not being active in the game yet.

The Octane vehicle getting added into the game has brought some brand-new quests here too. The High-Octane questline is themed around the new vehicle. It isn’t just XP that you’re grabbing, though. You can get some free cosmetics while going through the high-Octane quests. These are worth powering through if you’re a completionist about free Fortnite skins.

The Paradise quests that were briefly around at the launch of the Season have returned again. These offer XP and other rewards if you get all the way through. They’re largely story quests, just needing you to listen to audio logs as you play through the games. These are likely building toward the season’s end and the Fracture event we’ll see when it starts up.

What’s Next for Fortnite Chapter 3 Season 3?

The new questlines and content definitely give fans a lot to do before the season’s end. We’ve only just finished Star Wars week, and the Octane vehicle has loaded up even more quests if you want to unlock the free cosmetic. However, there does seem to be more planned for this Season still. There are always rumors of a World Cup update hitting the game after the Fortnite V22.40 patch.

We only have a few weeks left of chapter 3. There are a lot of quests and other stuff to be getting on with, so you’ll want to make sure you’re maximizing your time on the island! 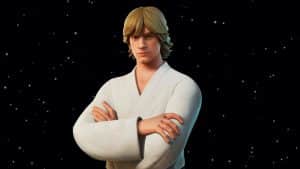