The fourth patch of Fortnite Chapter - Season 6 has arrived. ESTNN breaks down the fundamental changes in this update.

Epic Games deployed patch v16.40 after a brief downtime early this morning. Amongst the intriguing changes stood a new Exotic weapon that replaced The Dub in the Season 6 loot pool. The developers set into motion the next week to Fortnite’s #WildWeeks event, emphasizing unique gameplay dynamics. The first instance highlighted fire, and fishing could be next in line. Let’s jump into the notes and see what’s different in this update.

🔒 As part of this update, we’ll be vaulting the Exotic shotgun The Dub

Patch 16.40 introduced a brand new Exotic weapon, purchasable only from a non-player character (NPC) on the map. Epic brought the Six Shooter back after an extended stay in the vault. It hadn’t resurfaced since Season X and has now become the latest Exotic weapon in Season 6. Epic created this rarity in Chapter 2 - Season 5 with weapons like Chug Canon and Shadow Tracker. Refer to our guide to learn where you can find the Exotic Six Shooter Pistol.

This update saw The Dub exit the Season 6 loot pool, meaning the Dummy NPC will no longer sell an Exotic weapon. This weapon debuted Season 5 and stuck around through the Season 6 transition. Competitive players are happy to see The Dub leave. It will be much more difficult for teams to take height without investing their materials. 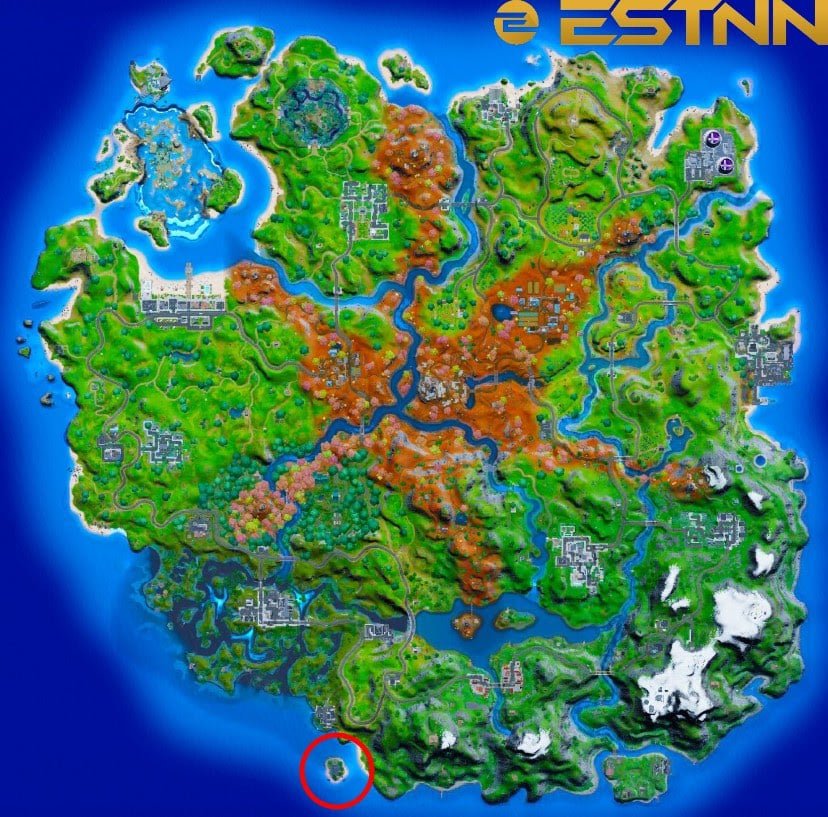 For the first time in a long time, Epic Games introduced a new location in Fortnite. While this is not a primary POI, players can locate Isla Nublada south of Flush Factory, as shown above. It doesn’t have a whole lot to offer outside of a free Legendary Assault Rifle. However, to acquire it, you must eliminate Orelia, a new NPC that spawns at this location. You can also unlock the Gold Anniversary Lara Croft style by landing here. Refer to our guide for more on that!

- The Bunker Chests Min/Max Spawn Percent have been buffed from 60% to 80%!

- The Shockwave + Car combo has been patched!

Fortnite leaker HYPEX revealed that Bunker Chest spawns have been increased from 60% to 80%. That means Fortnite players should find these newly implemented chests more frequently. Several of these spawn across the map but can be somewhat challenging to locate.

Here are all of the bugs that Epic addressed in this update as per their Trello board:

MORE FROM ESTNN
Fortnite Season 7: Where To Find Alien Artifacts

That covers all of the critical changes in patch v16.40. There’s a lot to explore, so be sure to update your Fortnite game and drop in to experience the latest update!