Recent Fortnite leaks seem to indicate that Coral Castle might not be around much longer.

Fortnite Chapter 2 - Season 7 is off and running, and the consensus is much more positive than in previous instances. Epic Games included new weapons, gadgets, and vehicles in the latest update, which centers around an alien invasion plot. While much of the season is excellent from the outset, many players took issue with the lack of map changes. Only two new named locations emerged out of the update in the form of Corny Complex and Believer Beach. Unfortunately, the former is just a re-skin of Frenzy Farm and the latter is Sweaty Sands.

Several teasers and hints from Epic Games seemed to indicate that map changes would occur throughout the season, and we might have our first taste of a primary point of interest (POIs) losing its spot on the map.

Fortnite leaker Mang0e took to Twitter with some exciting information regarding potential map adjustments in a future Season 7 update. The screenshot and explanation above indicate that Coral Castle will be destroyed and replaced with another new location. According to Mag0e, “A crater in the ground will appear,” which could mean an asteroid or UFO could crash land in the Coral Castle area. He also mentioned that the new locations would have similar properties to Fortilla, another spot from Chapter 2 - Season 3.

The Legacy of Coral Castle 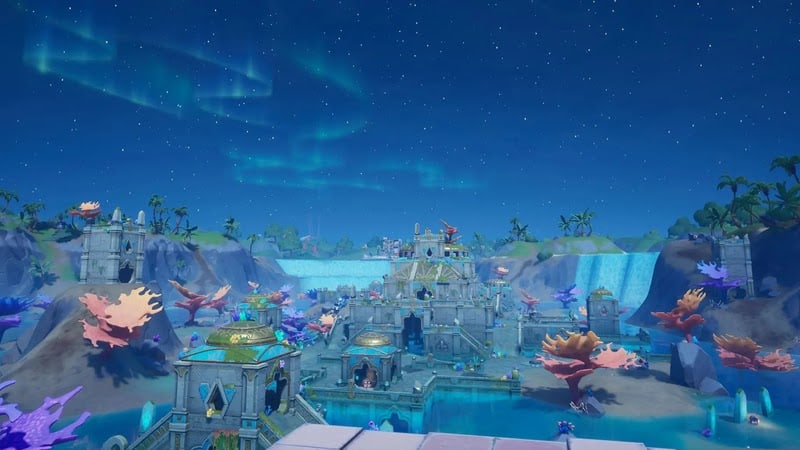 If true, it’s a wise choice for Epic Games to remove Coral Castle, considering it is one of the weaker POIs in recent memory. Many initially believed it would become Atlantis to accompany the Aquaman collaboration from Chapter 2 - Season 3. That was not the case, and the polarizing location remains in the fold to this day. Epic Games seems to be following through with their promises of map changes throughout the season. We’ll never forget Coral Castle for its peaceful water atmosphere, harmonious music and an immense amount of brick.

There is no official date for the destruction of Coral Castle thus far. ESTNN will keep you posted with any further developments.