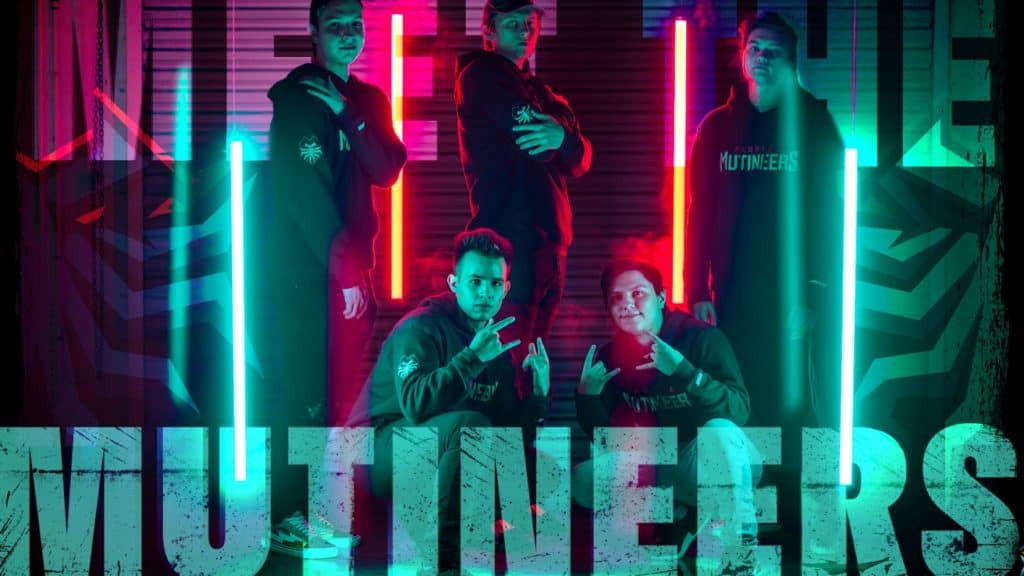 Misfits Gaming Group previously announced their entry into the Call of Duty League with the unveiling of their team known as the Florida Mutineers. With their team now officially on the books for the CDL, they’ve now revealed their full roster for the upcoming 2020 season, and they look formidable!

The Mutineers have released a video featuring all five players of their CDL roster. Here they are, along with a quote from each of them pulled from the video:

Bradley “Frosty” Bergstrom: “I cut Ogre2 [the Mutineers’ General Manager] from my team [in Halo], now he wants me to play for him.”

Cesar “Skyz” Bueno: “I was trained by the best. Now my idols turn to rivals.”

Chance “Maux” Moncivaez: “We were so close to achieving everything. Now it’s time to do it Florida!”

Preston “Prestinni” Sanderson: “My brother and I won a championship together. Now it’s my turn to win one without him.”

Their coach was also revealed in the video, Ricky “Atura” Lugo.

Prestinni is a solid choice for the Florida Mutineers, but him and Alec “Arcitys” Sanderson have always been a pair. It’s going to be hard to say if Prestinni can win games without the team chemistry that came along with being teamed up with his brother. Meanwhile, Frosty is relatively new to the Call of Duty competitive scene, having started with the Enigma6 Group during the Black Ops 4 season, and before that in Halo. Skyz also made his pro debut during the Black Ops 4 season under UYU and later Excelerate Gaming. He has more experience than Frosty, and therefore could be a good complement to him.

That being said, what really sets this team apart from many others in the CDL is the mix of both veteran players and new blood. Most other teams in the CDL have been stacked with pro talent of Call of Duty titles past, especially the Chicago Huntsmen. In the more “newbie-friendly” Call of Duty: Modern Warfare, however, it could be an opportunity for newer players, like the aforementioned Frosty and Skyz, to shine.

In fact, the Atlanta FaZe team seems to be counting on newer players to dominate, having recruited almost all newer talent to the League. Still, the experience of the veterans of this roster, Prestinni, Maux and Havok, should not be discounted, because the game is still fundamentally Call of Duty, albeit with significant changes. Having a healthy mix of both veterans and new blood, this team could turn into something formidable. They are definitely ones to watch for the upcoming 2020 CDL season.