The USMNT currently has a large number of young players playing in England’s top division after a busy transfer season. With that in mind, and the World Cup just around the corner, we decided to take a look at the USMNT players who made their debuts in the Premier League’s opening weekend. Their progress in the Premier League will be worth keeping an eye on to see if they can boost the USMNT world cup chances. 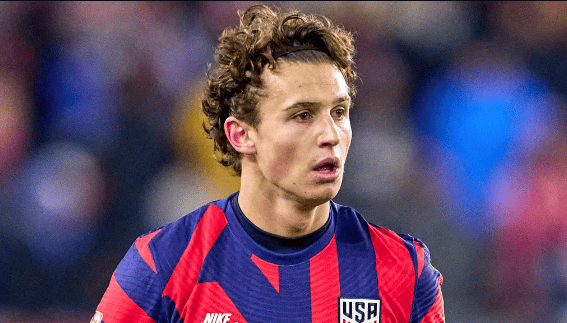 After making his debut in the Premier League on Saturday, Aaronson assisted Leeds United in their opening game of the season. Which was a 2-1 victory over Wolves. He made an immediate contribution to the success of the team in his debut appearance in the Premier League. Aaronson’s intense pressure in the 24th minute helped Rodrigo tie the game, and in the 74th minute. He was a part of the second goal that gave the Whites the victory. Both goals were assisted by Aaronson. Marsch decided to take the USMNT roster player out of the game in the 84th minute. This was done after he had given an outstanding performance, for which he earned a standing ovation at Elland Road. As a replacement for Kalvin Phillips, Leeds signed Tyler Adams, an international for the United States who previously played for RB Leipzig. The transfer fee was close to £20 million. When Jesse Marsch was the head coach of the New York Red Bulls, he gave Adams his senior debut in a pre-season friendly against Chelsea when Adams was just 16 years old. Adams is now reunited with Jesse Marsch at Leeds. On August 6, the Whites kicked off their new season with a 2-1 victory over Wolverhampton Wanderers at home. He made his senior league debut for Leeds as part of the starting XI for that game. This November, Tyler has a chance to feature in the USA World Cup squad. For $13.2 million on July 27th, Richards was traded from Bayern Munich to Crystal Palace, bringing an end to his time in Germany. He made his debut against Arsenal on August 5, in the opening game of the Premier League season. As a Crystal Palace player, Richards faces a different set of challenges now that he has moved to another league. In his new role, he will be expected to improve a solid defense that allowed the seventh-fewest goals in the Premier League the previous season. He hopes that by playing in a more prominent league, he will gain the recognition he needs to earn a berth on the USMNT roster for the 2022 FIFA World Cup in Qatar.

Players from the United States are doing exceptionally well in England as the competition nears. After a long wait, soccer fans can now look forward to the winter tournament in Qatar. Several USMNT players will see regular action this season at their Premier League clubs. Brenden Aaronson and Tyler Adams at Leeds, Matt Turner at Arsenal, Christian Pulisic at Chelsea, Chris Richards at Crystal Palace, and Tim Ream and Antonee Robinson at Fulham.

For the next several weeks, Berhalter intends to reduce the amount of time spent communicating with the players so that both he and they can rest up. Even though the team won’t be back together until September for a pair of friendlies, this doesn’t diminish the significance of the upcoming months in terms of USMNT world cup chances and preparation.

The wait is on till September to see if playing in the Premier League for some of the stars will make them improve for the World Cup. But it is also important that they can play well as a team apart from shining as individuals. The coach has a lot to do in order to make the team work.