It’s time to tighten your seat belts and embrace The International 10 festival that we're right on the edge of.

Valve has announced an update for ticket sales for the upcoming TI 10 tournament. The company has also introduced a free Compendium along with a flurry of changes to the spectator HUD and some changes to update the Source 2 engine of Dota 2. Let’s have a look at each of the updates.

Valve has finally updated on the ticket sales dates, while ensuring the safety of the community. The tournament will take place in Bucharest, Romania and the ticket sales will begin from September 22, 2021 at 12:00 EEST. Tickets are only for the Main Event, which will play itself out from October 12 - 17 at the National Arena. Two-day bundles of tickets are available and are as follows:

It looks like tickets will have a limited amount, considering the pandemic situation. Valve has clearly mentioned that it is looking forward to a hybrid way of enjoying the event with both ticket holders and virtual spectators around the world. Valve has also mentioned the safety precautions for the attendees in their blog.

The free Compendium is nothing like the ones we pay for, but it is still worth taking part in. However, it is not completely free, considering users will have to buy player cards in order to play the fantasy game properly and earn more points. Each team pack costs $0.49, with 50% of each purchase going to the respective team. Valve has also kept the Supporters Club in limelight with a 50% discount offer on each tier and additional player cards being distributed through it. 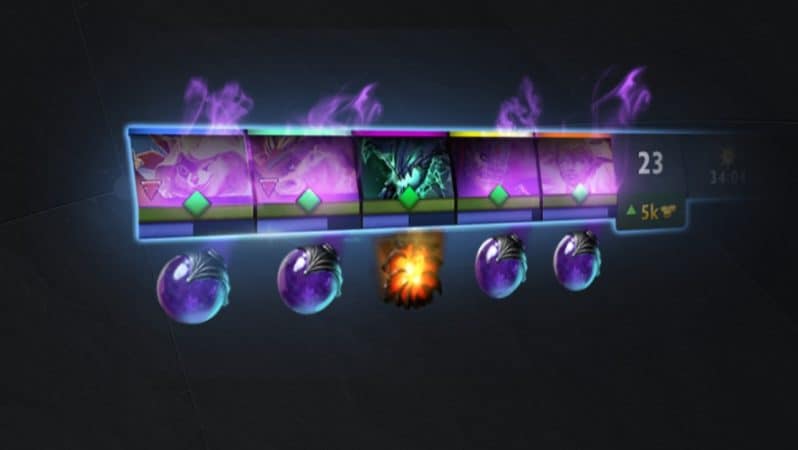 The quality of life improvements here are a welcome addition to the game. Valve has added Status Indicators, which will show smoked heroes and if they have Aegis or Cheese. Additionally, BKB duration, Aegis timer, and shared Tango timer will now show in the inventory both for spectators and players. Roshan timer will show a countdown and players can now ping Aegis and let their teammates know of the time remaining for expiry. They have made some other general changes along with major improvements in both Camera and Playback sections.

One of the major changes to the current engine is the removal of 32-bit systems. Now players will need at least a 64-bit system to run Dota 2. Other miscellaneous changes include the removal of DirectX 9, OpenGL and XAudio. Most of these changes won’t affect players considering Valve is removing support for extremely old systems which players hardly use anymore. For more information, read Valve’s blog here.