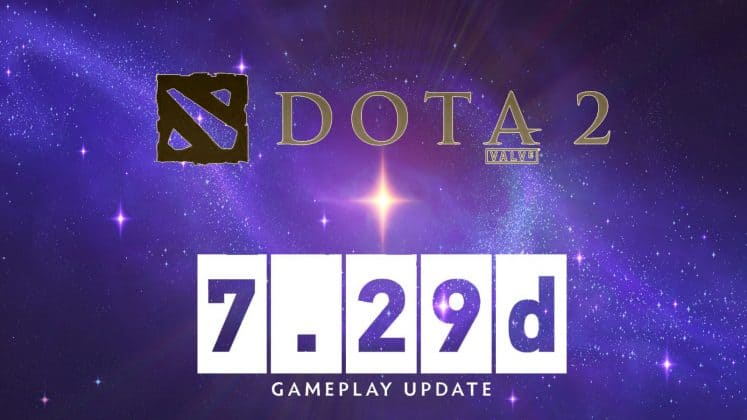 Here are some of the latest Dota 2 changes that you should know about.

We are slowly but steadily approaching the second Major of the year. After several weeks of many amazing series, it is time to focus on one of the biggest events of the year. However, before we get the chance to watch the best teams in action yet again, we have to learn more about the newest changes in Dota 2.

Valve released patch 7.29d a few hours ago, so let’s check which are some of the most recent game changes. Unlike some of the big patches, this one does not include a lof general changes. In fact, there is only one new thing, and it is related to unit pathfinding. Having said that, there are some pretty cool hero and item changes, so we’ll go through the most important ones. Click here if you want to read the full patch notes.

The first change that you should be aware of is related to Vanguard. Since this was a pretty popular item for many heroes, it now blocks less damage than before (70/35 down to 64/32). As a result, the item won’t be as effective as it once was.

The second change is related to Sange, an item that does wonders in many situations. Instead of providing 24% lifesteal and Health Regen Amplification, it now gives heroes 20% of the same stats. This effect is now transitioning to Heaven’s Halberd, S&Y, and Kaye and Sange. However, the last two items provide 22% LS and HRA, instead of 20%.

Lastly, Solar Crest’s attack speed bonus/slow is not set to 50, instead of 55.

It seems like the hero changes are the main focus of this patch. Even though there aren’t any big changes, some heroes are slightly nerfed, which was expected.

The first hero that’s interesting to check out is Axe.  We didn’t expect to see any changes to the mighty offlaner because he wasn’t that popular in the DPC, but it seems like Valve thinks otherwise.

Following the changes, the Counter Helix shard proc is now 5% (it was 10%). Furthermore, Berserker’s Call now has a one-second extra Cooldown on each level.

The next hero that we’d like to focus on is Broodmother. This is one of the heroes that suffers the most changes. Sadly, they are not in her favor.

In terms of the talents, BM’s level 15 now gives -15s Web Recharge time instead of a 15% Cooldown Reduction. Moreover, her level 20 talent gives +15 damage to her spiders instead of +18.

This was one of the heroes that we expect to be nerfed. Centaur played an important role for many pro teams, but it seems like some of them will think twice before picking him again. Now, is base Attack Speed is down to 90 (it was 100), and Stampede has a 100 seconds CD instead of 90. In addition, Centaur’s level 15 talent gives the hero +5 armor, whereas previously, it provided +6.

Void became one of the most successful carries in the last couple of weeks, especially when paired with Invoker. Consequently, both heroes are slightly nerfed. Void’s base strength is down from 22 to 20, which means that he won’t be as tanky as he was.

On the other hand, Invoker’s Cold Snap and Alacrity are now slightly less effective than they once were.

The next two heroes that are slightly changed are Timbersaw and Tiny. Even though Tiny has more changes, there is one thing in common between the two – buying back while being tossed or under the effect of Timber Chain no longer teleports you back to where you died.

In addition, Tiny now has 295 movement speed instead of 300.

The last hero that we’d like to include is the infamous Wraith King. One of Alliance’s signature heroes won’t be as effective as he once was because he is slightly nerfed. First, Vampiric Aura’s mana cost is now up to 70/80/90/100, which will make the hero less effective early on. As for Mortal Strike, it now has more cooldown during the first three levels. So, instead of being a flat 4 seconds, it now has 5.5/5/4.5/4 seconds CD.

Be sure to stay tuned to ESTNN for all the latest Dota 2 news, plus tips and highlights!