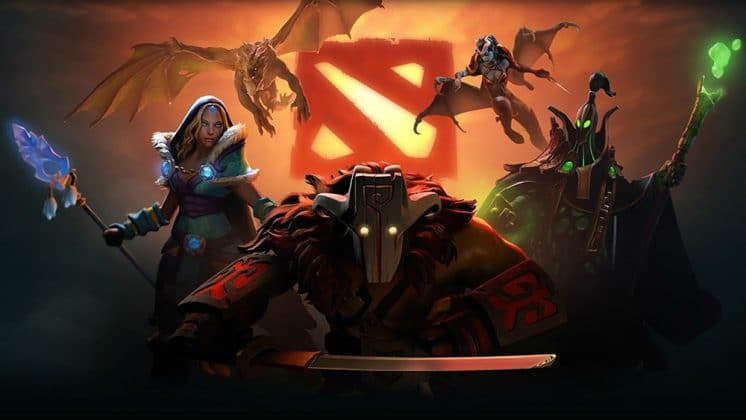 Here are some of the highlights of the new patch.

The world is at war with the coronavirus. As a result, the vast majority of people are spending a lot of time at home. Naturally, this has a positive effect on many games, including Dota 2, which has the highest number of players for many years.

To make things even more interesting for the people who are under quarantine, Valve decided to release a new patch. 7.25 brings tons of changes, so let’s just check out some of the more notable ones.

The 7.25 Gameplay Update has been released https://t.co/JheQ0k1NaY

The first big change is related to the All Pick mode, where the picking is now different. It will have five rounds, where the Radiant and the Dire will pick one hero at the same time. The selection that each team makes is hidden until the next round begins.

Another change with the AP mode is in terms of the banning. Now, every single ban has a 50% chance of making it. However, if there are less than 10 heroes that are nominated for a ban, some of the heroes who have the highest ban rate in the current MMR bracket will be chosen randomly.

The power runs will spawn at the 4th minute now and there won’t be two of them after the 40th minute.

There are also other small changes, especially in the Neutral Creeps department, so check them out. Lastly, the heroes in Random Draft will be reduced from 50 to 40.

Patch 7.25 has a lot of item changes, so definitely check the full release. We will just try to cover some of the more notable differences from before.

The first one is related to Iron Talon. As you remember, this used to be one of the most popular items before until it was removed from Dota 2, just to be added again later as a Neutral item. From now on, it will work against the ancient creeps. Generally speaking, a lof of the Neutral Items are buffed, which was expected, especially after all those nerfs.

Boots of Travel are entirely changed. Instead of being an active item, it’s now a passive and it upgrades your TP scroll. Once you buy, it will reduce its cooldown to 40 seconds and allow you to use it on units. Also, you won’t be wasting a charge when you use it, and you will get even more movement speed.

Bloodthorn is also an item that will be different from now on. Instead of providing a critical strike, it will now give more attack speed. The reason for that is because it will require Hyperstone instead of Crystalys.

The last item that we will cover here is Nullifier. This became one of the most popular items when it was first released. Combined with Orchid, people started to refer to those items as the “Doom build” due to their effect.

However, these changes from now on because Nullifier is completely changed. Instead of muting enemies, it now will start dispelling the target for a total of 5 seconds.  Even though it will have a shorter duration, it will have less cooldown, more range, more damage, and more armor.

Once again, there are too many hero changes to be covered at once, which is why we will just highlight a couple of them.

The first interesting new thing in Dota 2 is Bounty Hunter’s Aghanim. It now works entirely differently. Instead of shooting two Shrikens, it now applies Jinada to Shuriken toss, increases the cast range to 650 and lowers its cooldown to six seconds. In addition to that, BH’s Shuriken toss also costs less mana early on. There are also two changes in his talents (The level 15 + 50 AS is swapped out for + 75 Shuriken Damage, whereas the lvl 20 +125 Shuriken damage is changed for +60 AS).

Juggernaut is also a hero that has a new addition to his Scepter. Instead of improving Omnislash, he will now get a new spell called Swift Slash. It will do basically the same thing as Omnislash but it will only last 0.8 seconds. The spell will also have 650 cast range, 15 seconds cooldown and it will cost 100 mana.

Of course, it’s pretty much impossible to leave Dota 2’s newest heroes without changes. Patch 7.25 introduces an Aghanim Scepter upgrade to Snapfire that will grant her an ability called Gobble Up. When used, Snapfire will swallow an allied Hero or a Creep and spit it towards the enemies. When the unit lands, he will stun everyone for 1.5 seconds and do 100 DPS for 3 seconds. However, units will only be able to stay in Snapfire’s “belly” for 3 seconds.

Gobble Up will have a 40 secs cd, 400 radius, and 150 cast range. Also, another spell that has a small change is Scatterblast. Now, it will have a little bit longer cooldown on the first three levels.

Apart from Snapfire, the other new hero that was released in the Outlanders Update also has something new to show. Void Spirit also has an Aghanim’s Scepter upgrade. However, instead of providing him with a new spell, it gives Resonant Pulse two charges that also silence the enemy for 2 seconds.

The last hero that we will cover is Ursa. She became incredibly popular a few months ago and has been on the rise ever since. However, IceFrog decided to make some drastic changes in the newest patch.

Unfortunately, the biggest change is to Ursa’s ultimate (Enrage). This spell is entirely different from what it used to be. Now, it doesn’t provide any sort of Fury Swipes multipliers. Instead, it grants a 50% status resistance. In addition to that, Enrage now has less cooldown on the first two levels and lats for a total of 1.5 seconds more on level 2.