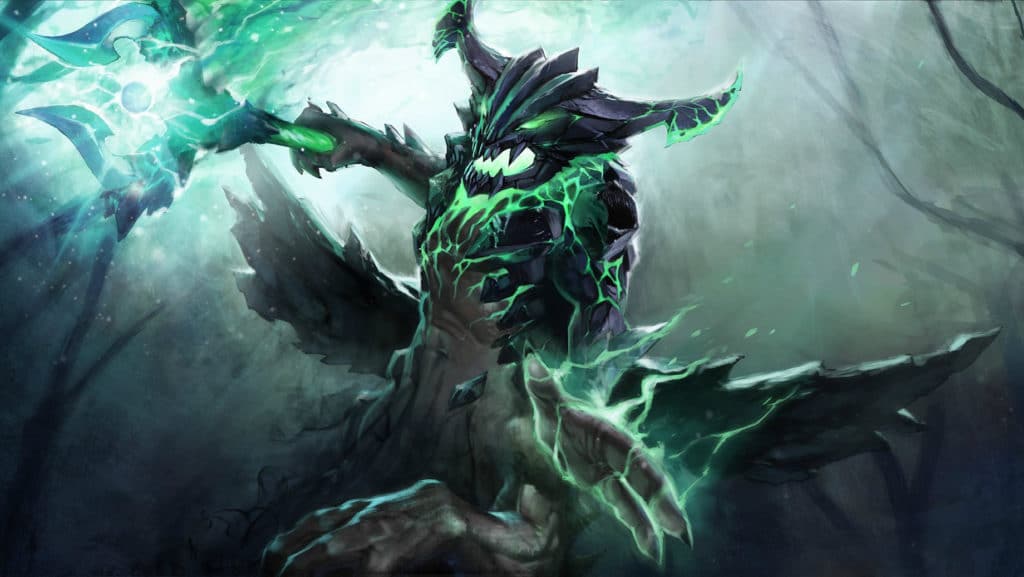 Let’s check out the reasons why OD has one of the worst win ratings in this bracket.

Outworld Devourer is one of the most dominant Dota 2 heroes. Even though he is not that strong early on, once he gets a couple of kills, he can easily snowball out of control. As a result, you can often see players picking this hero in an attempt to win their pub game.

However, if you take a look at the hero’s win rating in the highest skill bracket, you will see that he has one of the lowest win ratings. This is very strange because OD is a frequent pick among high-tier pubs.

So, without further ado, here are several reasons why OD has one of the lowest win ratings in this bracket.

People know how to counter him

As good as Outworld Devourer is, this hero has many counters. We can all agree that this hero is capable of dealing insane amounts of damage. However, this can only happen against heroes that don’t counter him. Once someone picks a hero, such as Nyx for example, things can get pretty hard for the mighty Harbinger.

Apart from the hero counter, OD is also really weak when he is ganked. Despite having Astral Imprisonment, the hero is fairly squishy and can easily die a few times in the laning stage. In fact, this is one of the worst things that can happen to him because he is not really known for being the fastest farmer. As a result, he will be underfarmed, which means that he won’t be such a threat.

He is weak against items that provide magic immunity

Apart from the utility that he has with his second ability, OD’s contributions tons of damage during a team fight. However, unlike other heroes in Dota 2, he only does magical damage. While this does work wonders while enemies have no defensive items, once the Black King Bars start rolling in, things can get very scary of Outworld Devourer.

Since his physical damage is basically nonexistent, he has to wait for the entire BKB duration in order to do damage. Needless to say, this is a really bad situation to be in because if the enemy core heroes have enough items, they will be able to rip through your team while they have their BKS on.

Nevertheless, if that doesn’t happen, OD can always drop his hammer (the ult) and pretty much one-shot the entire team

The other meta heroes are strong against him

The last reason why OD is not that successful in the highest MMR bracket is because of the meta heroes. Nearly every Dota 2 game has an Ember or a Void spirit in it, which are two very annoying heroes to play against. Even though they don’t counter OD, they are good against him due to their insane mobility. As a result, they can easily kite the hero around until his BKB is over and then just kill him.

It looks like we have to wait until the meta changes again before OD can become one of the most successful mid laners once more. Currently, the hero has around 43% win rating, according to DotaBuff; making him the least successful hero in the Immortal/Divine bracket.