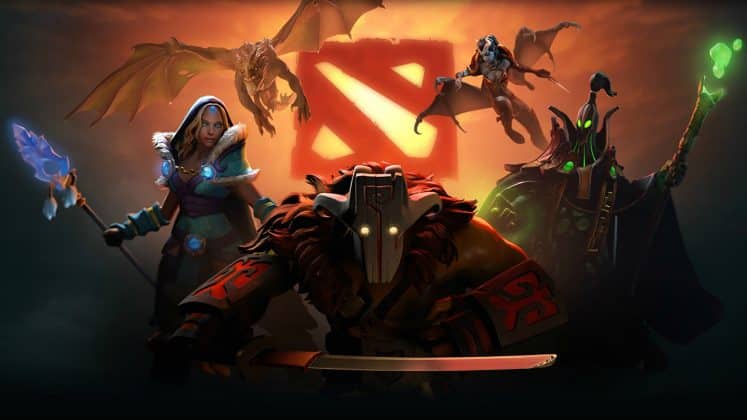 Patch 7.31d became available a couple of months ago, so we already had the chance to watch several big tournaments on it. Aside from the Riyadh Major in Saudi Arabia, this was also the patch of choice for the PGL Arlington Major 2022. While it is true some teams continue to innovate and come up with new ideas, it is safe to say that we already know a lot about the patch.

Following the last Major closely, you already know the top heroes. Names like Tiny, Puck, Razor and Death Prophet appear all the time because they are solid. The same applies to heroes like Dazzle, Winter Wyvern, Marci, Snapfire, and more.

Despite the fact that most teams already know how to play against them, others keep picking them and win most of their games. For example, Puck has an impressive 59% win rate out of 78 games, which shows that the hero is too strong.

We already talked about some changes we were expecting back in May. But. with that being said, there are a couple more things that most Dota 2 players are hoping for once the new patch comes out. Of course, we won’t include things like the Battle Pass, which is just around the corner.

One of the things that usually changes with every new patch is the “arrival” of a new top-tier mid-laner. That said, the last patch didn’t change a lot of things because Puck continued to dominate this lane. Although he was never the best laner in Dota 2, the hero is so strong that players picked him regardless of the matchup.

Needless to say, we expect some changes once 7.32 becomes available. Some people think it is high time to see heroes like Shadow Fiend back in the meta. The legendary midder received a couple of minor buffs, but they were not enough to make him the go-to option. Experienced Dota 2 players are not surprised because there can’t be a SF meta when heroes like Templar Assassin were picked in almost every game.

Similar to the midders, most new updates that bring a lot of new things also have an effect on carries. We’ve seen countless examples, such as the Spectre and Zeus meta from a couple of years ago. People might also remember the days when Morphling became the most popular carry in the game because of the combo with Earthshaker.

The current patch favors a couple of carry heroes, such as Tiny and Juggernaut. Both farm very fast and do not need to have tons of items to be effective. Unsurprisingly, Dota 2 players like that because they can start fighting even in the mid-game. This was impossible with heroes like Anti-Mage, who relied on tons of farm to do something.

One of the big reasons why some professional Dota 2 teams are so good right now is because of the current meta. OG, for example, consists of young and talented players, each of which excels in his position. With that said, players like Ammar “ATF” Al-Assaf make a huge difference because he often transitions from offlaner to carry because of the heroes he plays with.

Seeing things like Razor or Viper in the offlane was uncommon and even strange a couple of years ago. However, the current patch allows teams to get those heroes and usually dominate their lane. Once the laning stage is over, players like ATF usually have experience and net worth advantage that allows them to be strong in mid-game.

The problem with the current offlaners is that they do not have the same role as they did before. If you remember what Dota 2 was like a couple of years ago, people picked things like Tidehunter and other heroes whose role was to allow the team to take teamfights and prevent the enemy’s carry from farming. Nowadays, teams have three farming cores.

Every big Dota 2 patch includes general changes, some new options for some heroes, and loads of new things for the items. Needless to say, we expect the same to happen once 7.32 becomes available.

Like we’ve said earlier, the current meta favors teams who have three farming cores. As a result, every hero gets items that allow him to do more damage. This also applies to the offlaners who rush things like Bloodthorn instead of buying big team fight items.

If our expectations regarding the heroes become a reality, we can also expect to see some of the forgotten items in Dota 2, such as the Pipe of Insight or the Crimson Guard. Those things were viral during the time when we had access to things like Underlord in the offlane.

Speaking of items, we also have to address the elephant in the room and point out that some things have to be nerfed. Witch Blade is the first thing that comes to mind because this item provides good stats and a lot of damage for way too much. No wonder heroes like Puck always go for it.

Aside from the different hero and item changes, the new Dota 2 patch will most likely introduce a couple of new things. For example, there might be some changes to the neutral creeps and the camps, as well as small adjustments to the tower’s positions.

To be fair, no one knows what to expect from the new Dota 2 patch, so we will have to wait until Valve decides to release it. Even though we expect the new patch to arrive before TI 11, this may not be the case. Feel free to follow us for more information about everything related to betting on Dota 2 and the latest news about the game.