Here is how the meta could change in Dota 2’s newest patch.

Dota 2 is a game that tends to go through regular updates. A few years ago, Valve used to release a lot of big updates that completely changed the game. However, since many players weren’t so keen on this, the company decided to change the way in which it releases the new updates.

Now, instead of having one massive update every six months, we ger regular smaller changes. Having said that, the patch before this one (7.26) was not really received all that well by the community. Instead of refreshing the meta, this patch basically brought back the fast push strategies.

However, since 7.27 got released a few days ago, the meta changes once more. As expected, those items that used to provide a hero with the pushing potential are now nerfed. What’s more, many other items also have changes to them.

Having said that, here is what we think will happen in the new meta.

The pushing strategies might not be dead after all

Like we’ve mentioned, patch 7.26 was all about the fast push. That’s why one of the most dominant heroes of this patch was Lycan. Although Necronomicon is heavily nerfed, the addition of a damage buff to Vladimir’s Offering, the fact that Crimson Guard has less cooldown and Guardian Greaves now provides +3 Armor Aura means that there is still room for fast pushes. Sure, it will be harder, but it’s definitely not impossible. All of these three items can be obtained fairly early on, as long as the heroes get a decent farm.

Whether or not this will be the case is still up in the hair. However, it is definitely a possibility.

The mid lane has always been one of the places that is affected the most when it comes down to the meta changes. In the last couple of patches, some of the traditional mid lane stompers were kind of forgotten.

Those of you who have a lot of experience probably remember the good old days of TI 5. During these tournaments, there was one hero that shined above all and that was Leshrac. The Disco Pony absolutely ripped through the competition back then because if his insane amounts of damage and lifesteal.

Now, considering there are loads of items that provide spell lifesteal, we can assume that some of the biggest nukers will be back. One of the items that will probably have a huge role in this is Octarine Core.

As you know, patch 7.27 changed the item a lot. Now, instead of requiring Mystic Staff, this item can be created by purchasing Soul Booster, Voodoo Mask, as well as a 900 gold recipe. As a result, the total cost of the item is now 900 less (5000 in total). This will allow more heroes to purchase this item earlier. Needless to say, Invoker, Leshrac and Zeus are among the heroes who benefit the most from this.

If you want to learn more about the current state of Dota 2, feel free to visit our website regularly. We cover everything about the game, as well as the various tournaments.

Expect a review of some of the hottest heroes in the current patch. Until then, make sure to follow us on our social media accounts. 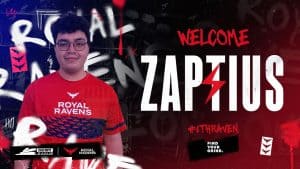 The Royal Ravens make another roster change, bringing WestR teammates back together again. The London